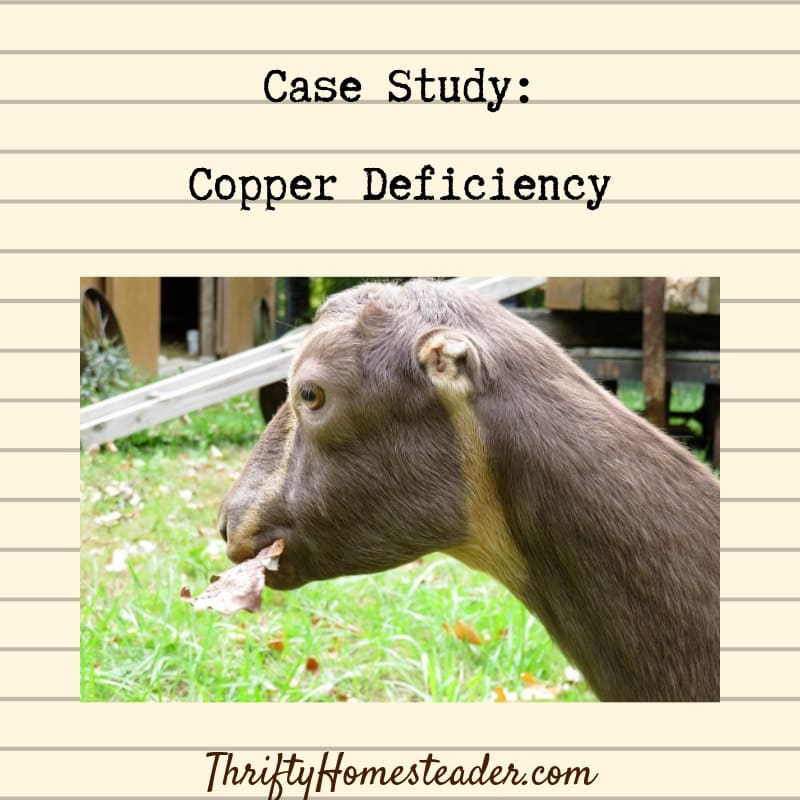 We’d had Nigerians for three years when I purchased Muse, my first LaMancha, a yearling in milk. At six months fresh, she dried up, which was disappointing, but I was eagerly looking forward to her kidding the next spring. We never saw her come into heat until December, even though we had two wethers with our does to help detect heat cycles. Because I didn’t own a LaMancha buck at the time, I drove her to another farm 75 minutes away for a driveway breeding. In spite of the buck successfully covering her twice, she came back into heat three weeks later. Not being in a position to drive to the other farm again, I decided to breed her to my Nigerian buck. She never got pregnant that year, but she wasn’t the only goat having fertility issues. We had about a dozen Nigerian does at that time, and several were not coming into heat or getting pregnant. My daughter Margaret did some reading and said she thought our goats were copper deficient, but over the months, four different vets said that was impossible.

A year after we bought Muse, I bought a LaMancha buck, and the following spring Muse kidded with twin does. By June, however, she still had not shed her winter coat when we clipped her for a show. A couple of weeks later, she died unexpectedly. Having no idea what was wrong with her, I took her body to a vet for a necropsy, and I said I wanted to have her liver checked for copper. The necropsy came back listing Tyzzer’s disease as the cause of death, and her copper level was 4.8 on a scale where normal is 25–150 ppm.

Tyzzer’s is a rodent disease, and in searching scientific journals, I was not able to find a single recorded case in a goat, although there have been a few cases in horses. Like any barn, ours has mice, and Muse probably ingested mouse poop at some point. But why would she get a disease that is unheard of in goats? My assumption is simply that her immune system was not functioning at an optimum level, leaving her vulnerable to a disease that a healthy goat would never have contracted. The vet insisted the whole thing was just a fluke and said that there was nothing I could have done to prevent her death, and he refused to give me prescription copper for my other goats.

I started doing a lot of reading, however, and realized we had the worst possible scenario for creating copper deficiency. Our well water had iron and sulfur in it, which are copper antagonists and reduce absorption of available copper in the diet. On top of that, we had been feeding a commercial goat ration with only 10–15 ppm copper. I contacted an animal scientist who had published articles on goat nutrition, and he advised finding a feed with 35–40 ppm copper. We also began giving the goats COWP.

After changing our goat feed and giving COWP to the goats, we immediately saw faded, wiry-haired goats shedding their coats and replacing them with much softer and darker hair. That fall, all of the does came into heat, were bred, and stayed pregnant until term.

Learn more about Copper Deficiency in Goats and Avoiding Copper Toxicity in Goats. 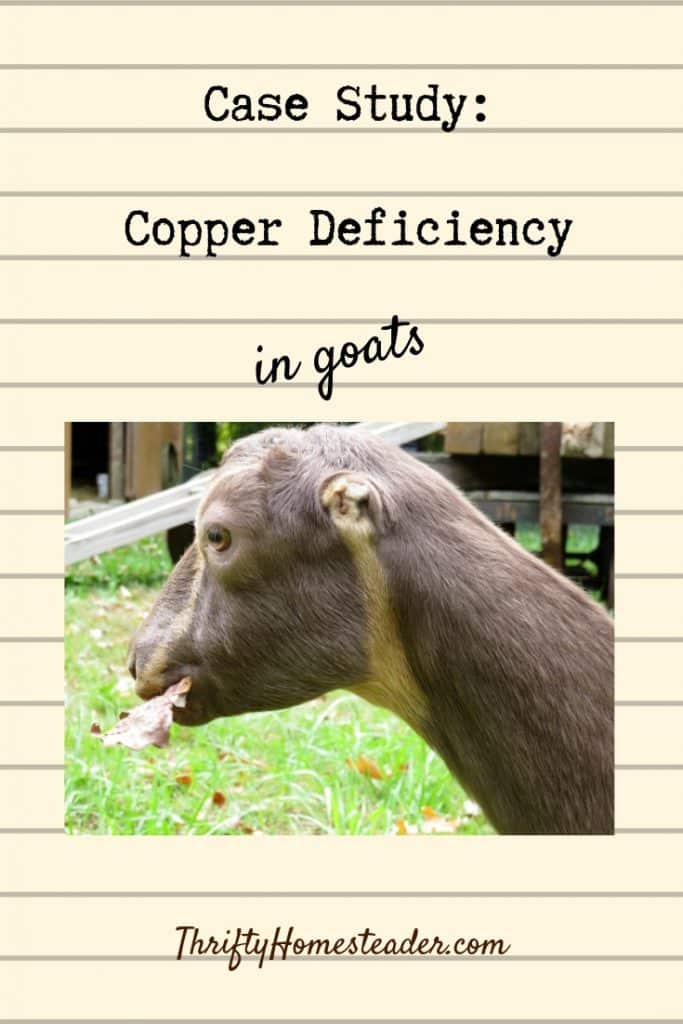 Thrifty Homesteader is a participant in the Amazon Services LLC Associates Program, an affiliate advertising program designed to provide a means for sites to earn advertising fees by advertising and linking to amazon.com. You pay the same price when you purchase through affiliate links as you would if you went directly to Amazon, and our site earns a small commission, so by shopping through our links, you are helping to support our blog so that we can continue to provide you with free content.
681 shares
681 shares