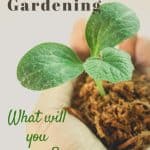 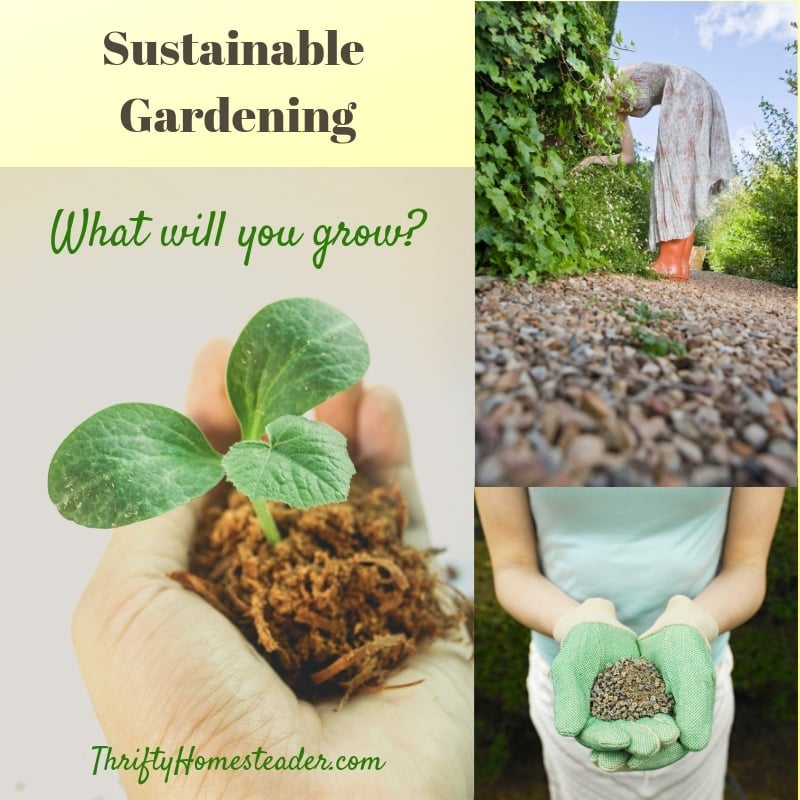 When planning the sustainable garden, you should choose varieties of plants that will allow you to save seeds for planting the next year. This means they should be open pollinated, not hybrids, and not genetically modified. Hybrids will not reproduce true replicas of themselves, and it is illegal to save seeds from genetically modified plants. Many people think they have to buy organic seeds to be sure they are not buying GMO seeds, but this is not the case. GMO seeds will come with a contract that you must sign, promising not to save the seeds for replanting. GMO seeds are patented, and you must buy new ones to plant every year.

When big producers plant a particular vegetable, they choose varieties that will be the most profitable for them. That means they will choose those that have a high yield and can be stored for a long time. For the home garden, you can choose varieties based upon taste and appearance and anything else that appeals to you. Most gardeners agree that heirloom tomatoes have superior flavor to modern hybrids, and there are hundreds of varieties from which to choose. They come in every size, shape, and color imaginable except blue. One of my favorites is the Orange Banana tomato, which is the color of an orange and has an oblong shape, although not as long as a banana. The Green Zebra tomato has green and yellow stripes, and the Pineapple tomato is mottled red, pink, and yellow throughout. While Green Zebras are usually about four ounces, the Pineapple tomatoes can weigh as much as a pound.

When deciding which varieties to grow, it can be tempting to simply choose a rainbow of colors, giving little thought to anything else, but that philosophy can result in a kitchen filled with tomatoes or other vegetables that have no purpose. Or they may wind up rotting in the garden because you are not sure what to do with them. Since tomatoes are the number one plant grown in the home garden, the following questions will help you decide which varieties will be best for your family.

Will you be using tomatoes sliced for sandwiches? If so, sausage- or banana-shaped tomatoes are a great choice because they are long and work very well for slicing. They also have smaller cavities inside and less water, so they won’t make your bread soggy.

Do you want tomato quarters for salads? Small- to medium-size tomatoes are great for quartering and adding to a salad.

Do you like eating fresh tomatoes as a snack? The tiny tomatoes, such as Yellow Pear, Black Cherry, and grape tomatoes will provide instant snacks, even when you’re out in the garden working. They also work well for salads.

Do you plan to freeze tomatoes for making soups and sauces throughout the winter? Some people might recommend plum tomatoes, but I personally like to use the big one-pound varieties, such as Amana Orange or beefsteaks because the peeling goes so quickly. If you freeze in one-pound increments, you only have to peel and chop one tomato for each container, rather than four or five of the smaller varieties.

Do you plan to can sauce for pasta or pizza? The plum tomatoes are a good choice. Because of their low water content, they cook down more quickly than other varieties.

You can create a similar list of questions for each fruit or vegetable you plan to grow. Think about what foods you eat most often, and then research the varieties available. For some fruits and vegetables, there is little difference in taste, appearance, and utility among varieties. For example, most broccoli varieties taste and appear very similar. Most freeze well, and none of them are suitable for canning. In those cases, it’s a good idea to choose two or three varieties that are suitable for your climate and do your own field test to see which one is the most prolific producer in your area. You can grow that one in subsequent years. If you will be growing your plants in containers, look for varieties that have positive reviews from people who have grown them in containers.

For years, I thought it would be a waste of time and garden space to grow potatoes, because they can be bought at the store so cheaply. Then I discovered that they are one of the most heavily sprayed crops when grown conventionally. After looking through a catalog of seed potatoes, the organic grocery store options of russet, Yukon Gold, and red potatoes seemed quite boring. Potatoes, which originally hail from South America, are available in hundreds of colors and sizes. One of the great things about trying different varieties is that you will discover which ones are most productive in your climate and soil. One year, for example, we planted four different varieties of potatoes, and the All Blue potato produced as much as the three other varieties combined. This was the second time we’d grown All Blue, and it was our top producer last time, as well. No doubt if it performed as well in Idaho potato country, it would be the most popular potato in the store, but for whatever reason, that particular potato thrives in our soil and climate.

Many people overlook herbs when planning a garden, but there are several reasons to include them. If you buy fresh herbs once a week, you will save fifty-two packages from going to the landfill if you start growing herbs yourself. The monetary savings from growing your own herbs can be even more dramatic than from growing fruits and vegetables because herbs are sold by the ounce. Herbs make beautiful potted plants and can be grown indoors year-round, regardless of where you live. Many herbs are perennials or annuals that will reseed themselves year after year, which means you plant them once and enjoy their bounty for years to come. Some are even considered invasive, such as mint and dill, so unless you have unlimited space, you might want to plant those in a raised bed with borders or in a container. Personally, the word “invasive” is music to my ears, because it means that I am unlikely to kill it.

Although most vegetables are annuals, which have to be planted from seed every year, asparagus is a perennial, which grows for many years. Rhubarb is another popular perennial vegetable, although many people probably don’t think of it as a vegetable because it is often paired with strawberries in a pie. Rather than planting seeds, most people plant crown or root divisions from asparagus and rhubarb. If you decide to grow one of these, be sure to plant them in a permanent bed, rather than in the middle of a row in your vegetable garden.

This is an excerpt from Homegrown and Handmade: A Practical Guide to More Self-Reliant Living, second edition by Deborah Niemann.

4 thoughts on “Planning the Sustainable Garden: What Will You Grow?”

Thrifty Homesteader is a participant in the Amazon Services LLC Associates Program, an affiliate advertising program designed to provide a means for sites to earn advertising fees by advertising and linking to amazon.com. You pay the same price when you purchase through affiliate links as you would if you went directly to Amazon, and our site earns a small commission, so by shopping through our links, you are helping to support our blog so that we can continue to provide you with free content.
460 shares
460 shares