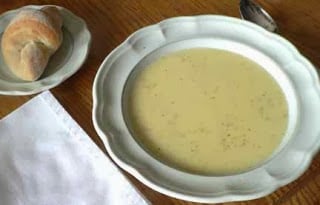 Yes, the headline says “tomato soup,” and yes, that is a picture of tomato soup! We used “great white” tomatoes to make it, and it was heavenly. Once you’ve had heirloom tomato soup, you can’t go back to the plain ol’ red tomato soup … unless it’s made with some type of tasty red heirloom tomato like Amish paste. If you play around with various heirloom tomatoes, you’ll find that each one gives your soup a unique taste. Amana orange is one of my favorite tomatoes for soup. Maybe it’s the orange color tricking my mind, but it really tastes cheesy to me. Green zebra tomatoes give the soup a really citrus tang. And Cherokee purples … oh, well, they are just amazing in soup!

So, hopefully you have at least a couple pounds of your favorite heirloom tomatoes hiding in your freezer from last summer’s bountiful harvest. If not, you can use canned tomatoes. I really don’t recommend fresh tomatoes in winter unless you are living in a climate where they are growing at the moment, as the tomatoes in the produce sections of stores have all been picked green and then “ripened” with ethylene gas to look red, which is why they are so devoid of flavor. This is why we freezer so many tomatoes from our garden. And we freeze them in two pound bags so that we can make this soup.

Toss tomatoes and spices into a pot to simmer. Meanwhile, melt butter in a saucepan and whisk in flour. After it bubbles, add it to the simmering tomatoes, increase heat to medium, and stir until it starts to bubble and thicken. Add milk. Use a stick blender to make creamy. 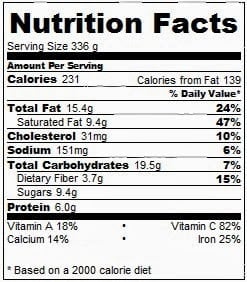 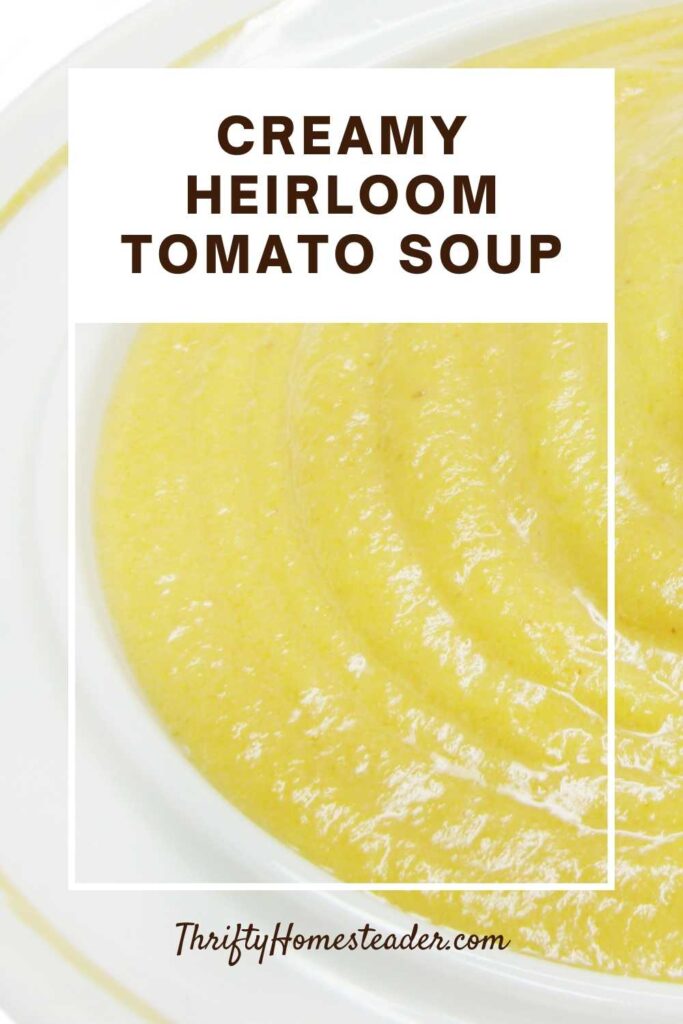 Thrifty Homesteader is a participant in the Amazon Services LLC Associates Program, an affiliate advertising program designed to provide a means for sites to earn advertising fees by advertising and linking to amazon.com. You pay the same price when you purchase through affiliate links as you would if you went directly to Amazon, and our site earns a small commission, so by shopping through our links, you are helping to support our blog so that we can continue to provide you with free content.
752 shares
752 shares