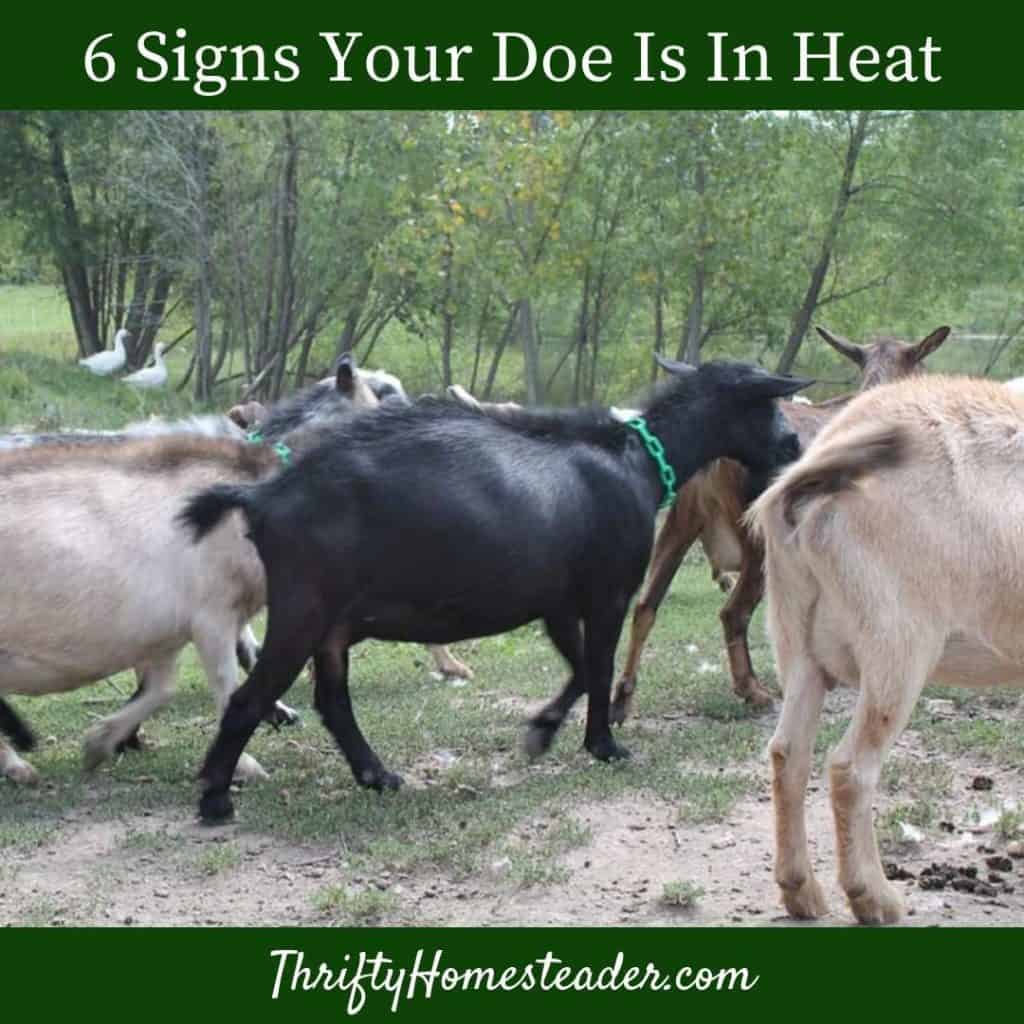 If you want to milk your goat, she has to have kids, and before she has kids, she has to get bred. People with goats usually don’t let their buck run with the does, even if they have only one buck, because he would make the girls stinky, which would make stinky milk that has a terrible taste.

That means you have to know when the does are in heat, so you can set them up on a date with Mr. Right. Most dairy goats are seasonal breeders that give birth in the spring, which means they will come into heat in the fall.

Nigerian dwarf goats are one exception. Some of them will cycle for most of the year, although there are no guarantees, and I don’t count on being able to breed them for fall kidding because it doesn’t always work.

So, how do you know when a goat is in heat?

Having a wether (castrated male goat) can really be helpful. Even after 17 years I keep a wether with my does, and he lets me know when a doe is in heat, even when they are not showing some of the obvious signs listed below. Wethers don’t know that they’re not real bucks, so when a doe is in heat, he’ll mount her, and if the doe will stand for him, that means she is in “standing heat.” If the doe runs off or starts to butt heads with the wether, she’s probably close, so you can keep an eye on her for the rest of the day. But you can still figure out if your doe is in heat, even if you don’t have a wether.

Does mounting each other

Sometimes does will mount each other when they’re in heat, but it can be like a free for all with them. Usually the one being mounted is the one in heat, especially if she is standing for it. If a doe is mounting other does, and they’re running away, then the one doing the mounting is probably in heat.

Flagging is a sign of heat — that’s goat speak for “tail wagging.” It’s really constant when they’re in heat. My milking parlor felt five degrees cooler last week when I was milking a doe that was in heat. She was flagging the whole time. They do that to get the smell out there so that bucks will know they’re in heat. It isn’t anything that humans can smell, but it’s obvious that bucks love it because they sniff the doe’s back end a lot and do the lip curl, known as the flehmen response.

A small number of goats will get very vocal — pretty much screaming their head off all day — but you can’t count on that. Maybe one out of every seven or eight does will do that. And it can vary from one month to another with the same doe.

The vulva may look slightly puffy, and there could be a tiny amount of white or clear discharge. It’s not usually enough that you’ll notice without looking, so you have to make a conscious effort to check under the tail. If you happen to notice dried mucous causing the hairs to stick together on a doe’s tail, mark your calendar for 18 days and start checking her for slight puffiness and discharge at that time for her next heat. They come into heat every 21 days, plus or minus two days.

Some goats may also get very violent, butting heads with everyone. Several years ago, in the middle of summer, our intern came to get me because Star, who was then 12 years old, was beating the snot out of everyone. She was facing off with three or four does at once. Because I had absolutely no desire to breed her, and because I was afraid she was going to get hurt, I just locked her up in the barn by herself for the day. Maybe one out of three or four does will act like this when they’re in heat.

Hair standing up and back arched

This usually goes along with butting heads, but it’s worth mentioning separately because I’ve seen people worry that their goat was constipated when they saw this behavior. Constipation in goats is very uncommon and usually a sign of something serious, which is why I wrote an entire post on constipation in goats.

What if you don’t see your does in heat?

Like everything else, you’ll get better at recognizing a doe in heat as time goes on and you get more experience. If you haven’t noticed your doe in heat, and it’s December, you might want to consider pen breeding, which means you put the doe in a pen with a buck for a month.

The disadvantage to pen breeding is that you really don’t know when the doe is due unless you get lucky enough to see the breeding — and it only takes a few seconds, so it’s easy to miss. When we pen breed, I might wind up seeing one out of every three or four does get bred. 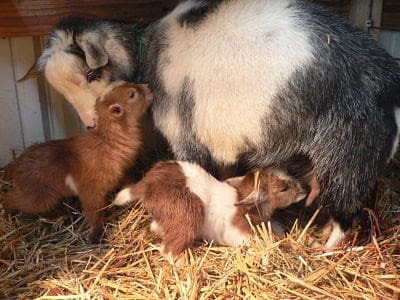 From the time you breed your doe until the time she kids, it is usually 145 to 150 days for Nigerian dwarf and pygmy goats, but standard sized goats can go up to 155 days. Five months may not sound like a long time, but that last week or two can seem like an eternity when you’re waiting to see those cute kids! 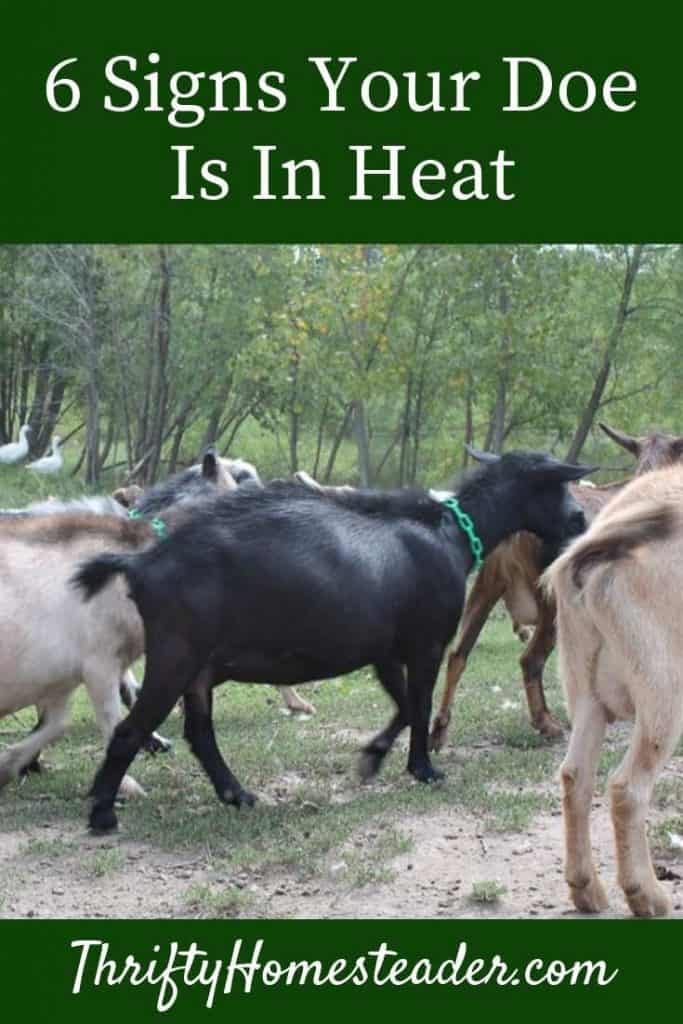