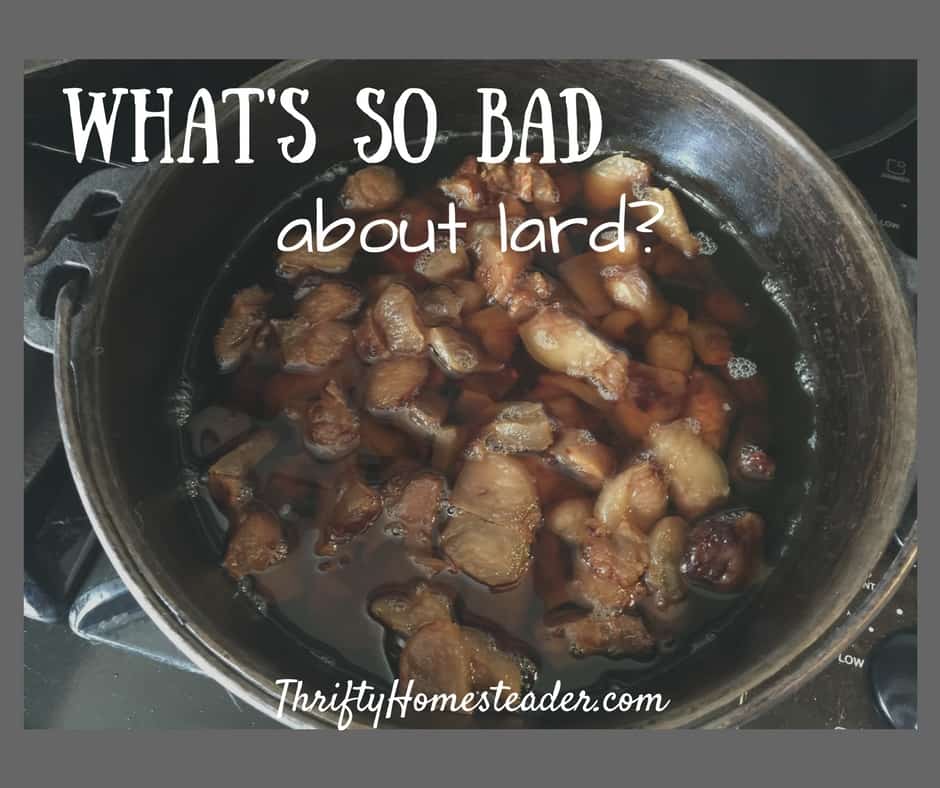 For most of the twentieth century, people believed that lard was indigestible and unhealthy. They mistakenly believed that eating foods that contained cholesterol would raise your cholesterol, which would lead to heart disease. We now know that all the above is incorrect. Lard is actually good for you because it is a monounsaturated fat like olive oil. It contains about 50 percent monounsaturated fat. Only olive oil at 73 percent and canola oil at 60 percent have more monounsaturated fat. However, lard is a better option than canola oil because canola has 24 percent omega-6, and most Americans are eating five to ten times more omega-6 fats than they need. In fact, omega-6 fats are one of the real culprits in inflammatory conditions, which are at the root of just about every illness from heart disease to cancer and autoimmune diseases. Lard and olive oil both contain only 10 percent omega-6. I can’t grow olive trees in Illinois, but I can raise pigs and have my own homegrown cooking fat.

Why did lard get such a bad reputation? Part of it was because the new shortening companies wanted to sell their product, so they made bogus claims, such as stating their product was more “digestible” than lard. Current science tells us that the exact opposite is true. Shortening is made with hydrogenated oils, and because they’re made in a lab, rather than in nature, our bodies have no idea what to do with them. Hydrogenated oils contain trans-fats, which are responsible for negative health outcomes, such as causing our blood sugar to go up, our LDL cholesterol to increase, and our HDL cholesterol to decrease.

The process of hydrogenation was another reason that lard, which had been eaten for millennia, was suddenly unhealthy. Because hydrogenation makes fats shelf-stable for many months, industry started hydrogenating lard, as well as vegetable oils and coconut oil. In fact, most of the lard you find in the grocery store today is hydrogenated, which is why you usually must render your own lard, if you want the healthy version.

Lard also became less healthy as pigs were moved into buildings. When pigs live outdoors, they are vitamin D machines, and their fat contains this vitamin, in which many Americans are now deficient. If pigs and other animals are raised indoors without sunlight, they will be deficient in vitamin D. This means you either need to raise your own hogs outdoors or buy from a farm where the hogs are raised outdoors. 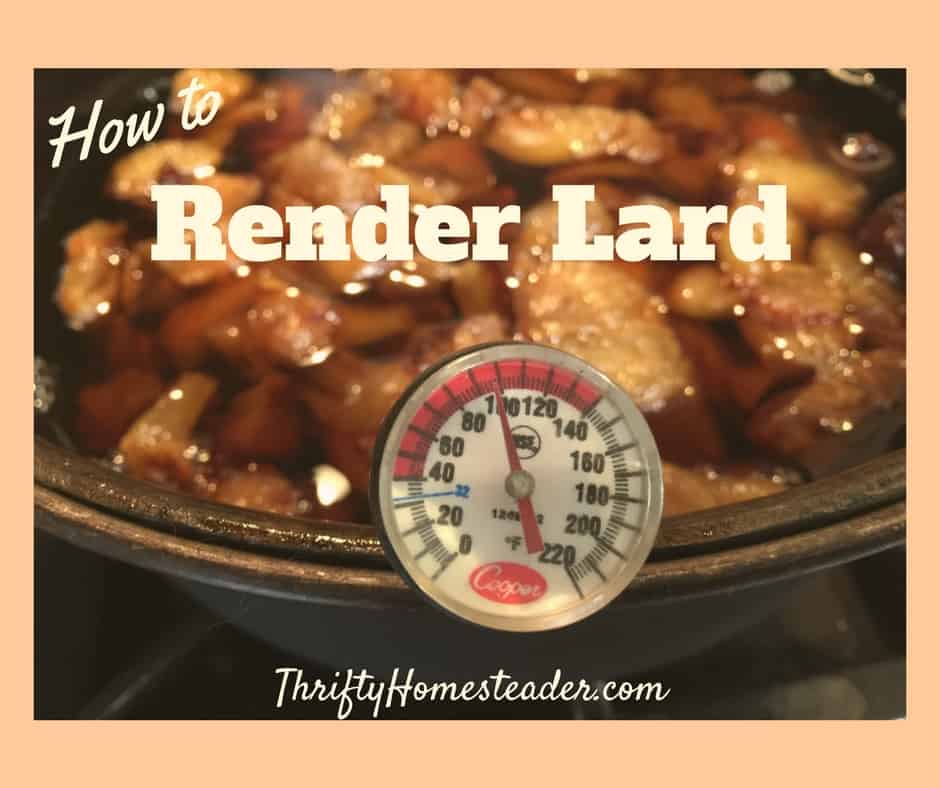 The concept of rendering lard is about as foreign to most Americans as making their own cheese or soap. But like most of those old skills, it is easily learned. There are many ways to render lard, which simply means melting the fat, but they all fall into the category of either dry rendering or wet rendering. I started out dry rendering and never looked back because it’s so easy.

To dry render lard, you simply put it into a pot and melt it. You can put it in a slow cooker on low heat or in a Dutch oven, covered, that is placed in a 250-degree oven. In either case, it will probably take between two to four hours to melt. I had woefully inadequate instructions the first time I did it, and I was expecting everything to melt, so I kept checking the fat every hour or two and sticking it back in the oven because there were still some fat chunks floating in the melted fat. This is when I discovered that my oven turns off automatically after 12 hours. Yes, I kept going for that long! Most lard instructions don’t give exact rendering times because it depends on the size of the fat pieces, as well as how much you have. However, it will probably take at least two hours, so you can start checking then. Take note of how much solid fat is left, although it will be more translucent than when you started. When it looks like little has changed between two or three checks, you can assume that no additional fat will be melting.

Most rendering recipes call for straining the fat through cheesecloth. However, that sounds like a nightmare to clean, and you know I’m always looking for an easier way to do everything, so we use a metal sieve. I also wait until the lard has cooled down enough that I can touch the pot comfortably. It sounds like a bad idea to pour 250-degree liquid if you don’t have to. We use wide-mouth, pint canning jars for storage because it’s a pain to try and get the last bit of lard from a quart jar. Rather than sealing with canning lids, we use plastic lids. Because the jars are not sealed, I store one jar in the refrigerator and the others in the freezer.

If you want to store them in the pantry, you can pour the fat when it’s 250 degrees, then put canning lids on the jars, and they will seal as the fat cools down to room temperature. I’ve heard some people say that you must use a water bath canner to can lard, but that’s unnecessary if you pour when the lard is above 212 degrees, which is the boiling temperature of water. Our locker gives us our pig fat frozen in five-pound bags, and I only render one bag at a time, which gives me three to four pints of lard.