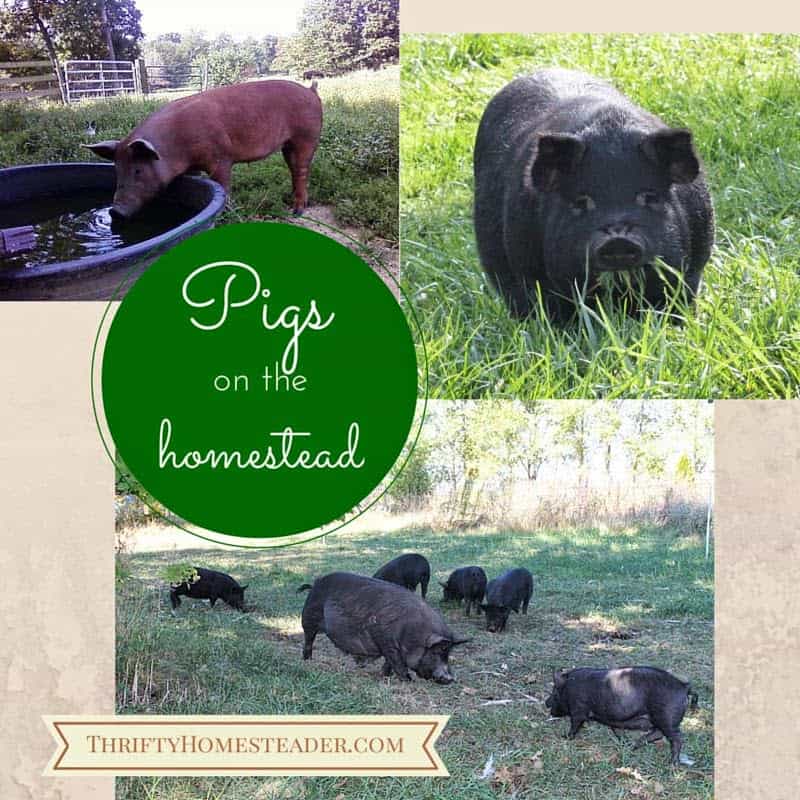 When we moved to the country, we had been vegetarians for 13 years, and we remained vegetarian for another year, then we very gradually started eating a bit of our own chicken here and there, as well as one of our turkeys for Thanksgiving. Even after we started to eat chicken and turkey somewhat regularly, we had no plans to start eating other meat, and I even said on more than one occasion that we’d never have pigs on our farm because they are only raised for meat.

My mama always said “never say never” because it will come back to haunt you, but I really, truly thought that I would never want pigs. I also believed that their only purpose was to be turned into meat. Then one day I admitted to my husband, “I miss bacon.” We decided to get a couple of weaned piglets to raise for meat and see how things went.

If we were going to raise pigs, though, it had to be a heritage breed, and I ultimately decided on Tamworths because they had a reputation for great meat, and there were quite a few breeders in Illinois. It took me awhile to find one, however, who raised pigs outside and didn’t give them a long list of vaccinations and other drugs, but that’s a post for another day. I did find a couple of piglets two hours away. I picked them up in my mini-van — yes, inside my mini-van — and drove them home. (I really do not recommend putting pigs inside your vehicle with you, even if they are in a dog crate. It will only take you a few minutes to realize why pigs should not be raised inside. Yeah, they don’t smell so great when confined to a small space.) 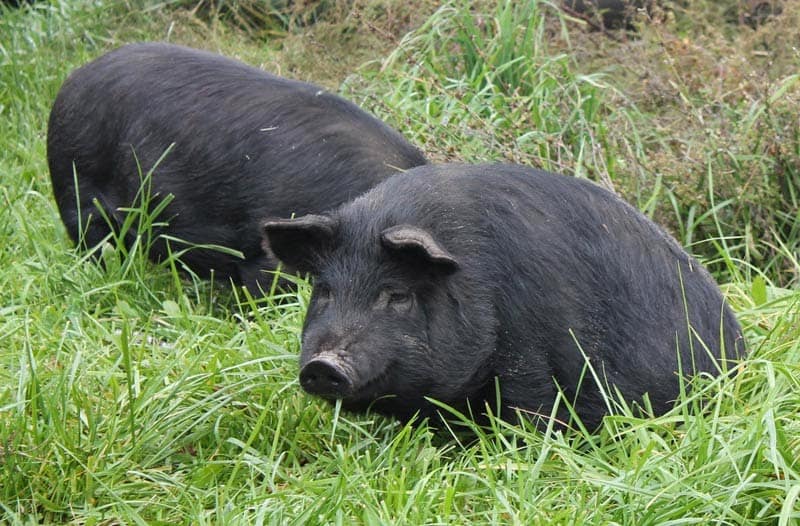 Since we were making cheese regularly by then, we often had a gallon or two of whey we’d give to the pigs almost daily through the summer, as well as other left-overs that the family didn’t want. Although it wasn’t the easiest thing in the world to raise pigs, it went well enough that we did it again the next year … and the next and the next. Why did pigs become a permanent fixture on our homestead?

Do you need to breed pigs?
Not necessarily. If you only want enough pork for your own family, you can buy two or three pigs at weaning from a breeder in the spring. Feed them through the summer and butcher them in the fall. A Tamworth weaned in the spring will have a hanging weight of 170 to 200 pounds by fall. If you don’t think you’ll eat that much pork in a year, you can sell one to a friend. Even if the pigs are only on your homestead for six months during the growing season, they will still provide all of the above benefits for you. And don’t forget, you get bacon! 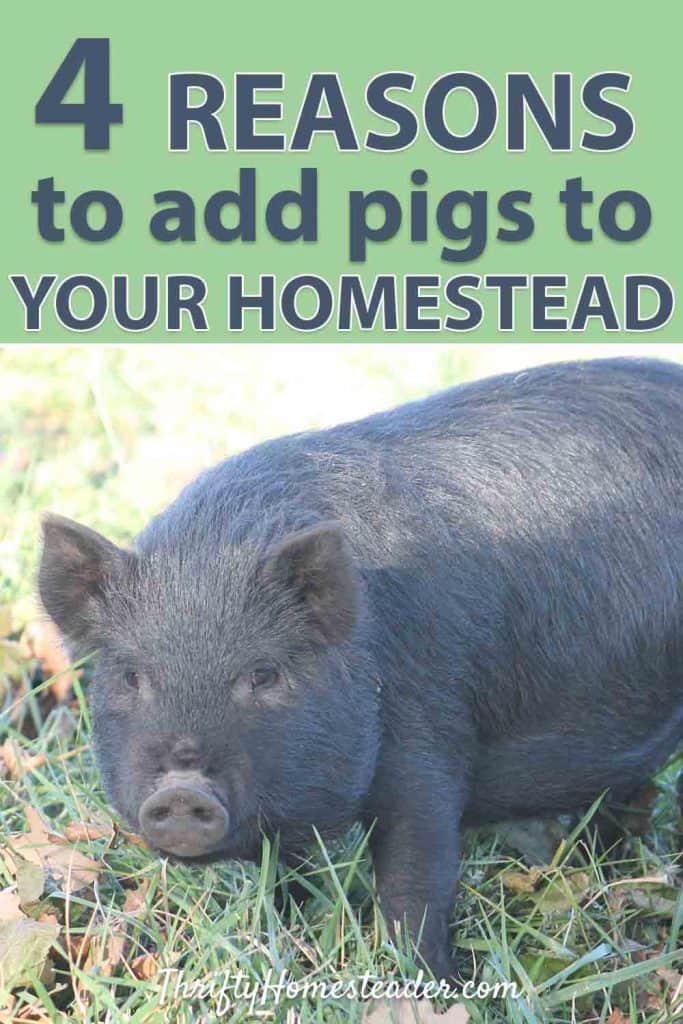 17 thoughts on “4 reasons to add pigs to your homestead”

Thrifty Homesteader is a participant in the Amazon Services LLC Associates Program, an affiliate advertising program designed to provide a means for sites to earn advertising fees by advertising and linking to amazon.com. You pay the same price when you purchase through affiliate links as you would if you went directly to Amazon, and our site earns a small commission, so by shopping through our links, you are helping to support our blog so that we can continue to provide you with free content.
2108 shares
2108 shares