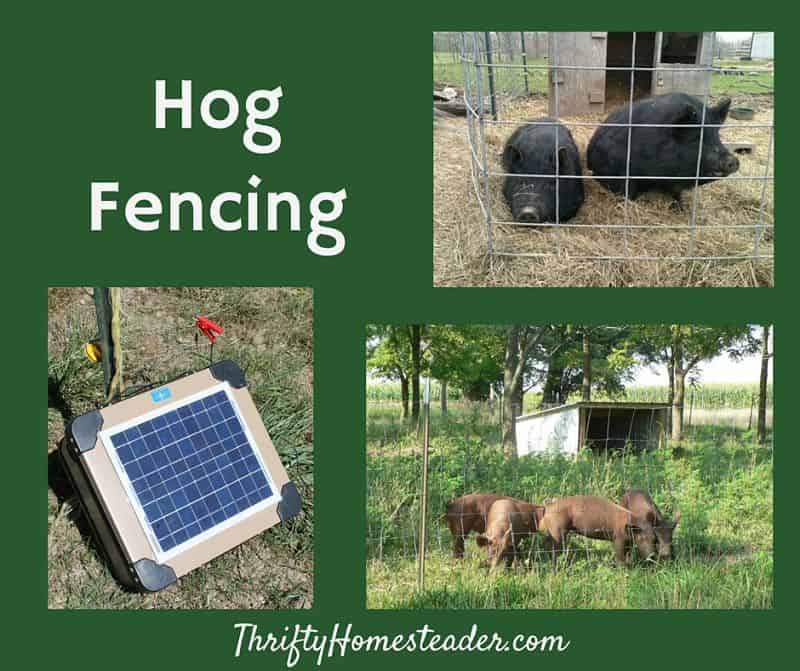 Although many people say that goats are the most challenging animals to keep fenced in, I find pigs much more challenging. It only took us a couple of years to figure out how to keep goats in their pastures. However, we’ve had pigs now for thirteen years, and we still have problems with them escaping. They are ridiculously smart and seem to continuously come up with new ways to escape.

The most recent—our boars lifted a pig panel high enough that they pulled the T-posts out of the ground, effectively knocking down the fence. The T-posts were in the ground eighteen inches deep. Normally this type of fencing works perfectly for pigs, but the ground just happened to be soft enough for this to work because we had recently had a lot of rain.

Pig panels are usually a surefire method of keeping pigs where you want them, so I’m not telling you this story to discourage you from using them. You should know that pigs are smart and motivated and will always be looking for a way to escape, regardless of how long any particular method of fencing has worked for your pigs.

The other type of fencing that works great with pigs is electric. We had been struggling with keeping our pigs fenced in when I visited a friend with Red Wattle hogs. I saw her thousand-pound boar grazing happily behind a single strand of electric fence. The first time we had tried electric, we had put a single wire next to a woven wire fence, and the pigs buried it when rooting, so we gave up on electric. If you use a single strand of electric, with or without any other type of fencing, it needs to be high enough off the ground so that the pigs can’t bury it and short it out when they’re rooting. There is also temporary electric pig netting, which I have not used, but I’ve heard others say that it works great.

Woven wire does not work with pigs. Because it is loose and flexible, they can simply lift it with their hard noses and walk right under it as it folds up like an accordion. We got lucky with our feeder pigs for a couple of years and had been able to keep them in our walnut grove without any problems. Then one year we bought six piglets that quickly learned how easy it was to lift the fence and go wherever they wanted. That’s when we added the strand of electric, which would have worked if we had placed it at pig head level.

Welded wire does not work for pigs. We had originally placed a welded wire fence between our front yard and the chicken yard. It was put there to keep the chickens from digging up the flowers in the front yard, and it worked great for that. But then I decided to put the pigs in the two-acre space that the chickens occupied, because there was a one-third acre pond that I thought the pigs would enjoy on hot summer days. I was right about the pond. They loved it. However, when fall came, acorns started falling in the front yard, and once the pigs knew there were acorns, they busted through the welded wire fence one night when we were all sleeping. They easily broke through the welds and created a huge hole in the fence.

Thrifty Homesteader is a participant in the Amazon Services LLC Associates Program, an affiliate advertising program designed to provide a means for sites to earn advertising fees by advertising and linking to amazon.com. You pay the same price when you purchase through affiliate links as you would if you went directly to Amazon, and our site earns a small commission, so by shopping through our links, you are helping to support our blog so that we can continue to provide you with free content.
492 shares
492 shares