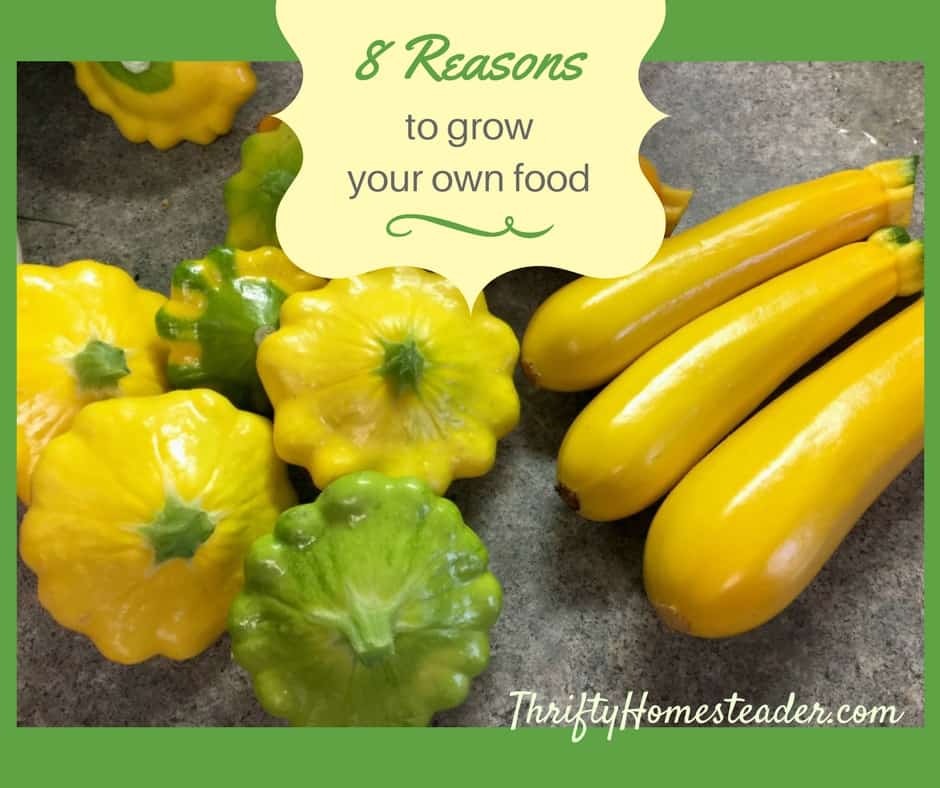 Although most people seem excited to learn about our self-reliant lifestyle, every now and then, someone doesn’t get it. Or they may think that we do this simply to save money. But the reality is that there are a lot of benefits to growing your own food.

When you grow your own, you know exactly what was or was not sprayed on it, as well as what was used to fertilize the soil. While everyone else is still arguing about whether or not those chemicals are safe, you don’t have to worry, if you’re not using them.

After produce is harvested, it starts to lose nutrients, so fresher is better. Also, many fruits and vegetables can be picked green and will ripen later (such as melons and tomatoes), but they don’t have as many nutrients as those that are ripened on the plant.

Many people grow their own tomatoes because they taste better. In fact, I never liked tomatoes or peas until I had them fresh from the plant, and my husband never liked asparagus until he had it fresh. After growing my own lettuce, I learned that it does not taste bitter when it’s fresh.

I’ve been asked multiple times in interviews, “Don’t you get bored just eating what you grow?” That question definitely shows that the person has no idea what they’re missing! There are hundreds of different varieties of tomatoes alone. By growing our own we have so much more variety than people who shop at the grocery store. We eat things like Amana orange tomatoes, purple green beans, patty pan squash, purple okra, as well as foods that most people consider an expensive luxury like lamb.

We quit eating meat in 1989 because we felt that factory farming of animals was unethical, but things are no better in many other areas of agriculture and food. The horrible treatment of tomato workers in Florida was chronicled in Barry Estabrook’s book, Tomatoland. In the second edition of my book, Homegrown and Handmade, I talk about modern-day slavery and how some seafood in the US comes from ships that have kidnapped people in third world countries and forced them to work.

Although many people think this is why we grow our own food, it is not less expensive for everything. It would actually be cheaper for us to buy chicken meat and eggs because modern agriculture has figured out how to do that cheaply, but it’s at the expense of laying hens being being debeaked and locked in cages with only half a square foot of space. Neither egg layers nor meat birds ever see sunlight or grass in their entire lives, which also means they won’t be as healthy, and their meat and eggs won’t be as nutritious.

A lot of people raise livestock and garden because they’re fun. If you just want to produce enough eggs for yourself, it’s a lot of fun to have a few backyard hens for eggs and entertainment or a couple of goats for entertainment. Gardening is considered a hobby by millions.

Although this one is last, it is definitely not the least of the reasons we grow our own food. It creates a huge sense of personal pride when you sit down at dinner and realize that you’ve produced the food you’re about to eat. That does not happen when you’re buying food at the grocery store or eating at a restaurant.

6 Questions You Must Ask Yourself Before Buying Livestock

A Beginner’s Guide to Gardening

Planning the Sustainable Garden: What Will You Grow?

Planning the Sustainable Garden: How Much Will You Grow? 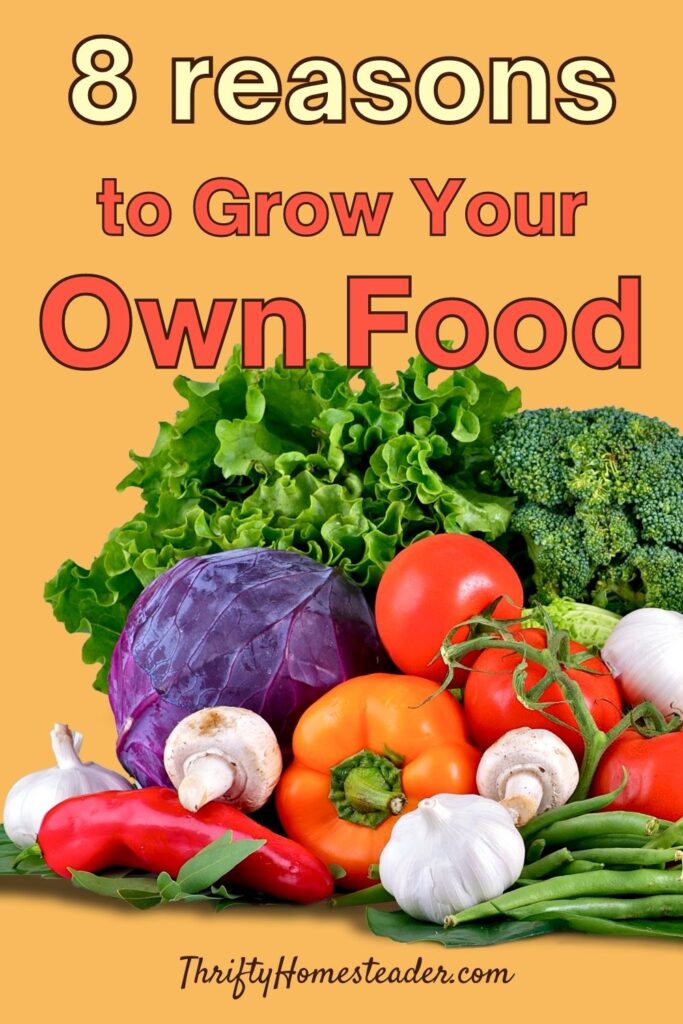