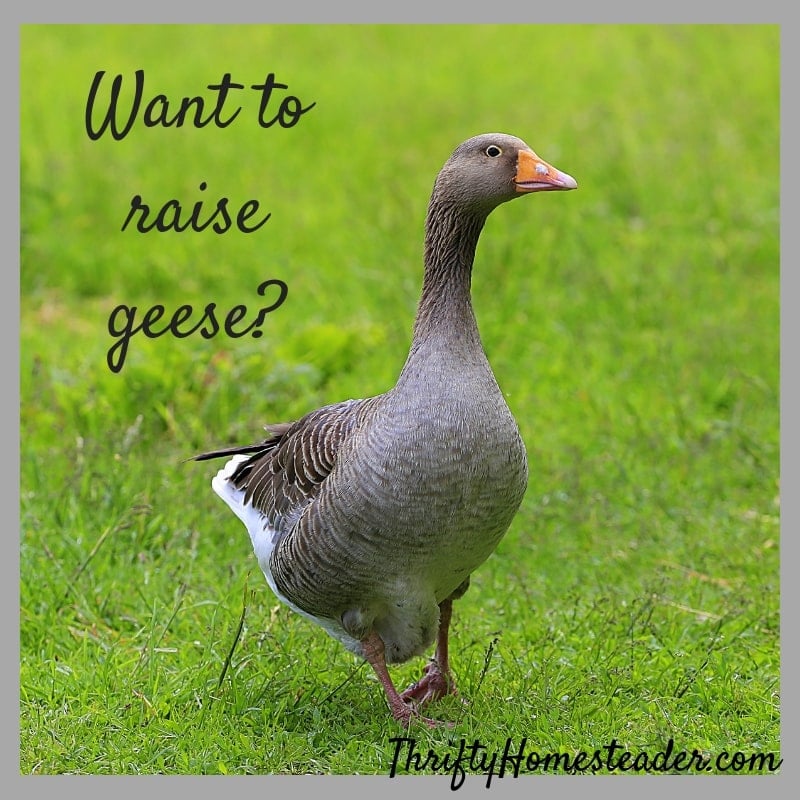 Once upon a time, I said I would never have pigs or geese. Well, you know my stance on pigs turned around 180 degrees. Today I’m a huge advocate of having pigs on the homestead, and especially American Guinea Hogs. But what about geese? Until I received a review copy of Kirsten Lie-Nielsen’s new book, The Modern Homesteader’s Guide to Keeping Geese, I didn’t realize I had never written about geese on here! I changed my opinion of geese at least 12 or 13 years ago. Sadly I had bought into the notion that geese are mean and attack people. Luckily I learned fairly quickly that it was a myth.

Since I love raising heritage breeds, I bought Buff Geese, which are on The Livestock Conservancy’s Conservation Priority List. I bought them from a hatchery that had a limit of only four, so I had to fill in the order with white Embden Geese. Luckily I wound up with two breeding pairs of the Buff, but breeding did not go well. Because we have a pond, the geese were free ranging, and whenever the females would set, they wound wind up as someone’s dinner. The Embdens also wound up as dinner, so we ultimately had only a flock of males, and today we are down to a single male that lives with our ducks. After reading Kirsten’s book, however, I am thinking that I want to order more goslings in the spring.

Goose meat is delicious, although because of the down, plucking them is quite a challenge. The first time my husband butchered a goose, it took him several hours to pluck the bird. In fact, I sent one of my children out to the barn to be sure he hadn’t accidentally cut himself and bled to death because I couldn’t imagine why it was taking so long. When he finally walked into the house, we all burst into laughter because he was covered with down from head to toe. He looked like he had just been on the losing end of a big pillow fight! Because I wanted to use the down, I had told him to dry pluck the goose, which added to the challenge. But using the down is another reason to have geese.

Some people use geese as weeders, as they love to eat grass and weeds. However, they also love a lot of the things we do, such as lettuce, so you can’t just let them have free range in the garden. (Wish I’d have read this book before we got our first geese!) Kirsten says geese are great at weeding “apple orchards, vineyards, strawberry patches, raspberry and blackberry patches, small lawn areas, tobacco fields, potato fields, garlic or onion patches, many herbs, depending on the goose, evergreen trees, including Christmas tree farms.”

Most breeds of geese are not great egg layers. They really just lay enough to reproduce. However, if you don’t want goslings, you can eat the eggs. One goose egg weighs as much as three large chicken eggs, so you have an omelet with just one egg.

Kirsten address this question on page 3 of her book — “Geese closely raised around people are not aggressive. They are some of the most affectionate and dedicated animals you can keep.” However, geese can be intimidating to strangers. I always tell people to just flap their wings (arms) to show the geese they are bigger, and the geese back off immediately. Some breeds are more aggressive than others, but attacks on humans are rare.

The only beef I have about Kirsten’s book is that she has a whole chapter on “guard geese,” which is a term that is very misleading, but it’s become quite popular online in recent years. As I said, we lost all of our mama geese to predators when they were setting. We also lost ganders to predators before we put woven wire fencing around our pond. Geese are loud and try to be intimidating, but they have no way to defend themselves, and they certainly have no way to “guard” any other livestock. The term that people should be using it “watch goose” because they are great at alerting you when something is amiss, but then it’s up to you to deal with it. Some people might find it confusing that she has a chapter on predators, so she does cover the topic fully, but the two chapters seem to be contradictory.

Overall, Kirsten’s book is an excellent resource. She gives you tons of information on feeding, housing, health, and even how to keep your neighbors happy.

In addition to sending me a review copy, New Society Publishers also agreed to send a copy to one of our readers in the United States when this review was originally published.

This post contains an Amazon affiliate link. This means that if you purchase something after clicking on a link, Thrifty Homesteader will make a small percentage while you still pay exactly the same amount as you otherwise would. This is one way that we are able to continue providing you with free content, such as this article. 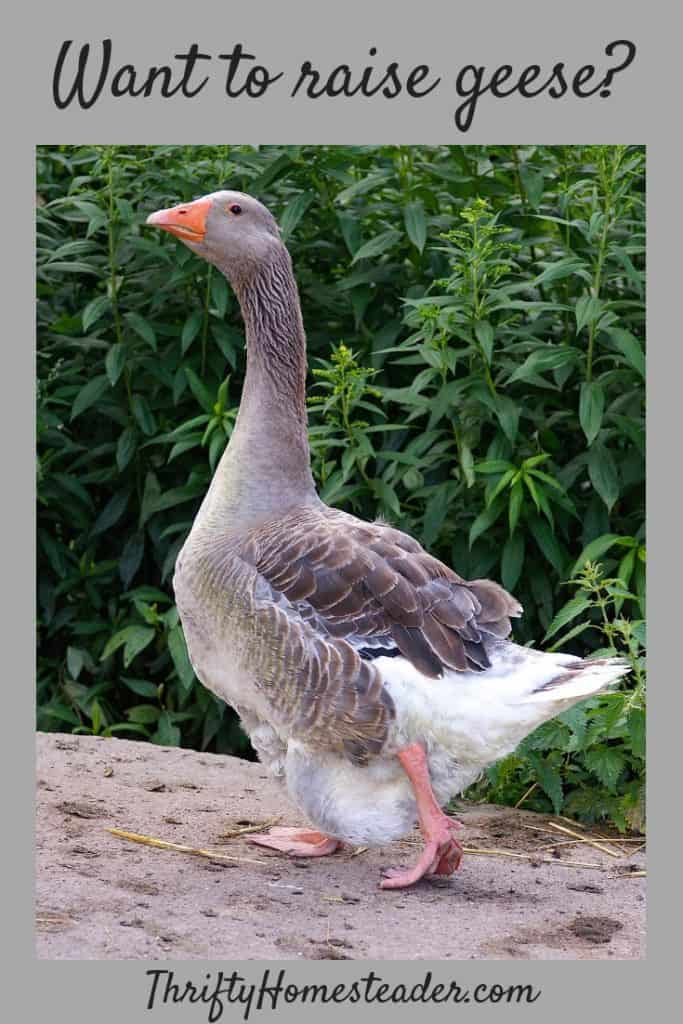