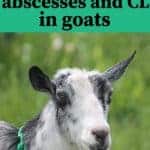 Caseous Lymphadenitis, usually called CL, is the most common cause of skin abscesses. CL is highly contagious because it can infect goats through unbroken skin. CL is unique in that it most commonly affects lymph nodes in the neck. The only way to know if a goat has CL is to have a vet aspirate the contents of the swollen area and culture it to see if it is positive for CL. It is a good idea to isolate a goat with an abscess. If the abscess bursts, the pus that drains from the wound will be highly contagious if it is CL. Once a goat is diagnosed with CL, it is positive forever, and it could have internal abscesses. A blood test for CL is also available.

Although a vaccine is available for CL, it is only used in herds that already have an outbreak of the disease, and it is only given to goats that are not already infected. Once a goat is vaccinated it will test positive, which means that testing becomes a worthless tool in determining which goats are actually infected.

It is very common for goats to develop an abscess at the site of an injection, whether for medication or vaccination, so it is helpful to make a note of the location of the injection. More than a few goat owners have panicked when finding one of those abscesses, worried that the goat has CL. Injection-site abscesses should not be disturbed, and they will go away within a couple of weeks on their own.

They can look really dreadful, however, so some breeders who show their goats will give vaccines and other injections under the armpit of a goat that they know will be shown in the near future so that there won’t be a big bump over the goat’s ribs where everyone can see it. 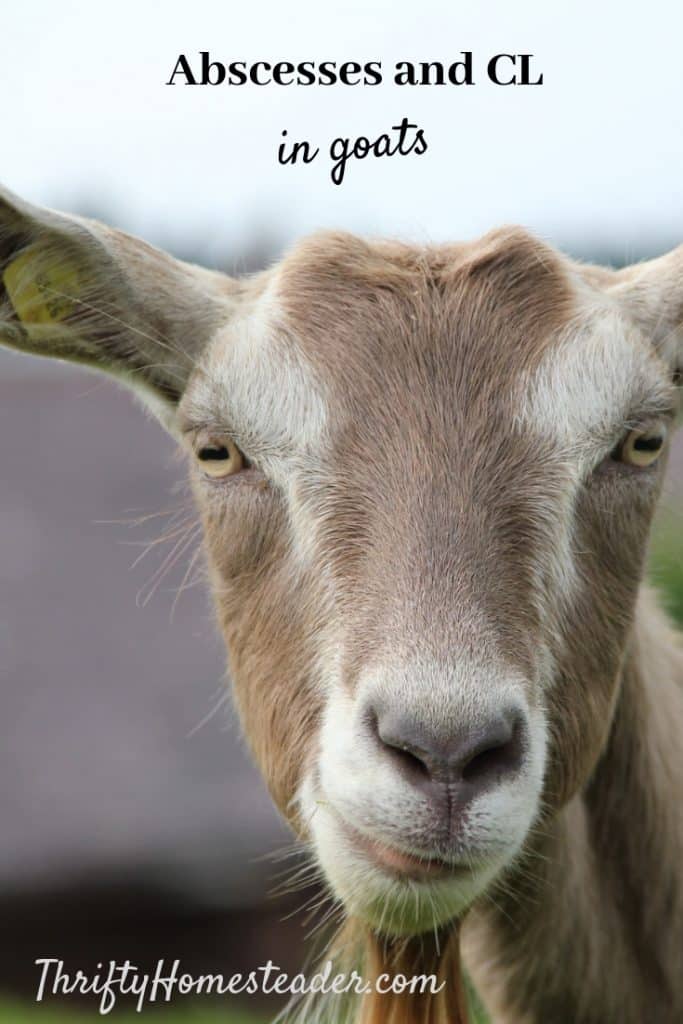 Other causes of abscesses

A salivary cyst is one of the abscesses most commonly confused with CL because it occurs on the head in the same general area as the lymph nodes. Not every swollen spot on a goat is an abscess. It could be something as simple as a bee sting or ant bites.

Goats can also get goiters on the thyroid just like humans who are deficient in iodine, and this will cause swelling in the neck. Bottle jaw, caused by parasites, is another cause of swelling under the jaw. 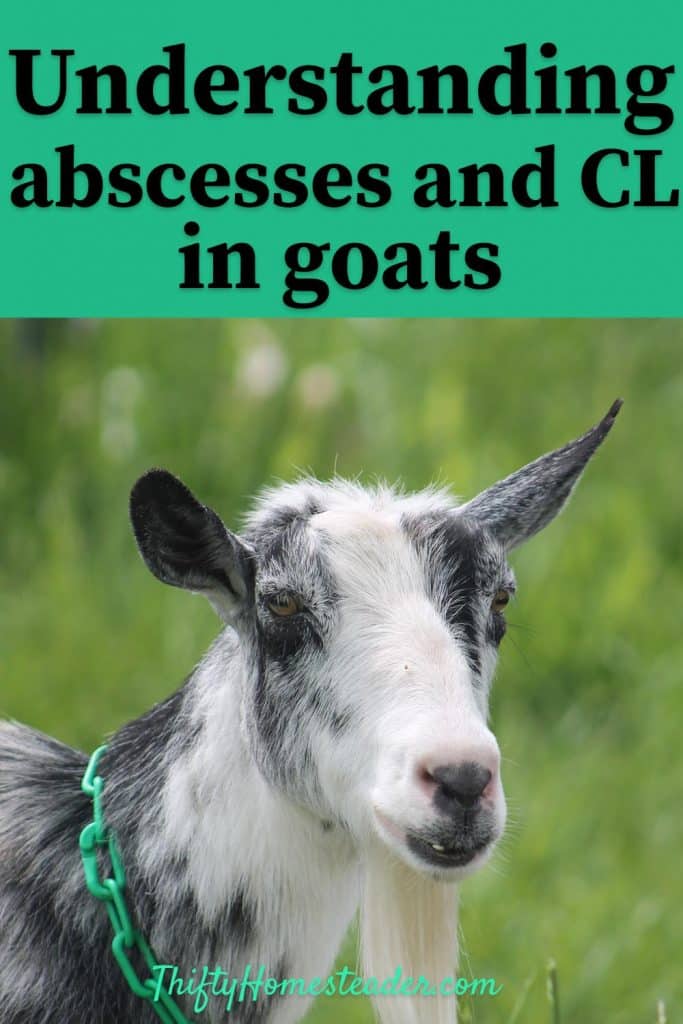