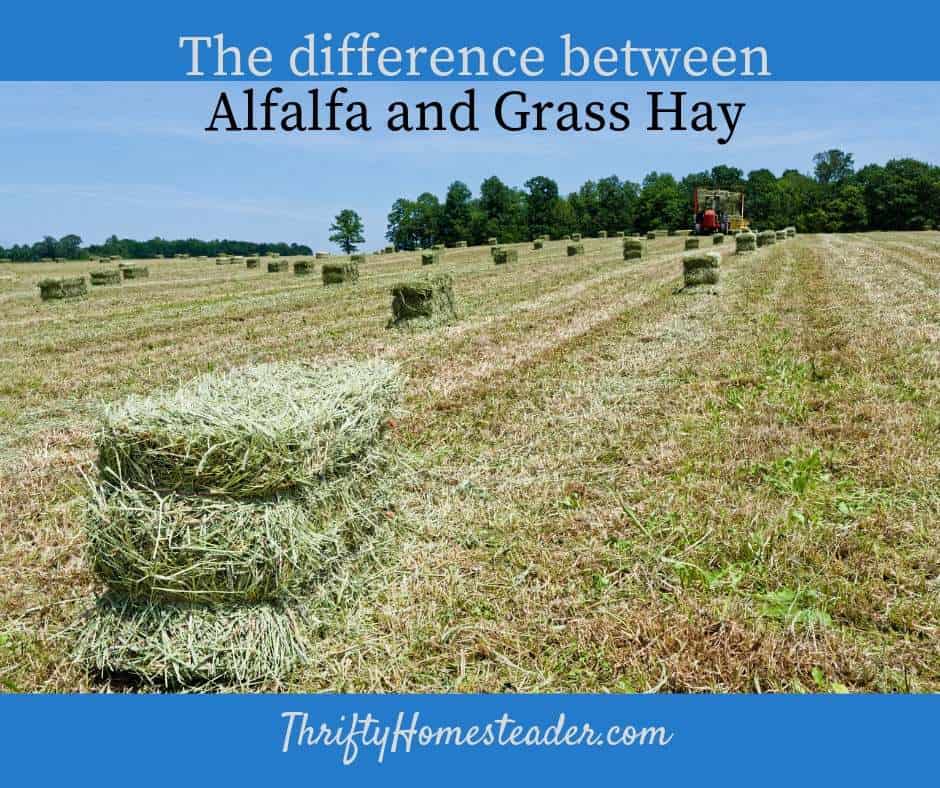 When I got started with goats I barely knew the difference between hay and straw. Although I quickly learned that hay is food and straw is bedding, I just assumed that all hay was the same. That is definitely not the case.

Alfalfa, clover, and peanut are legume hays, while timothy, oat, bermuda, and orchard are examples of grass hays. If you’re sitting there thinking that you’ve seen oat straw before, you may have! Oats can be grown for hay or oats and straw. Hay is basically a grass that is cut green, then dried and baled. When oat seeds are planted, they first grow as a grass. When it looks like grass, it can be cut and baled as hay.

Like all grasses, if oats are allowed to just keep growing, they go to seed. If a farmer wants to grow oats, they don’t cut the grass to make hay. They let it keep growing until the seed heads mature, and then they let the entire plant dry before harvesting the seeds with a combine. The dried up and dead stalks are still standing in the field, so then the farmer goes back and cuts the brown stalks and bales them as straw.

I often hear people say they want to give their animals “the best” feed, and they assume alfalfa is best because it has more protein and calcium. But alfalfa hay is not the best for all animals. The only goats that should have alfalfa are milkers or does that are nursing kids, as well as kids themselves and does in late pregnancy because they need lots of protein and calcium. Dry adult does, bucks and wethers can wind up with zinc deficiency if they get too much alfalfa.

While milk cows should have alfalfa, beef cattle should stick with grass hay. Here’s an article from UC Davis about why horses should not have alfalfa.

Hay nutrition can also vary from year to year depending upon weather and crop management. We’ve never had our hay tested, but someone shared five of their alfalfa tests with me. The tests covered five cuttings across three years. The protein level varied from 19 to 26%, while calcium varied from .97 to 1.31%.

This is why I buy my hay from three different cuttings every year. I’m assuming that none of them will be perfect. Some will be higher or lower than others, so if I’m feeding three different cuttings, hopefully they will average out to be about right. And that seems to have worked well for us. I’ve also been adding Standlee alfalfa pellets to my milk goats’ grain for additional insurance ever since they started selling them in our area about ten years ago.

Because weather conditions can affect the quality of hay, and most of us buy our hay locally, what do we do if the hay crop isn’t very good one year? When I can’t find enough good quality green hay, I supplement my goats, sheep, and pigs with hay pellets. Standlee Forage makes hay pellets with alfalfa, timothy, and oat grass. A few months ago I wrote about the differences between baled hay, hay cubes, and hay pellets. 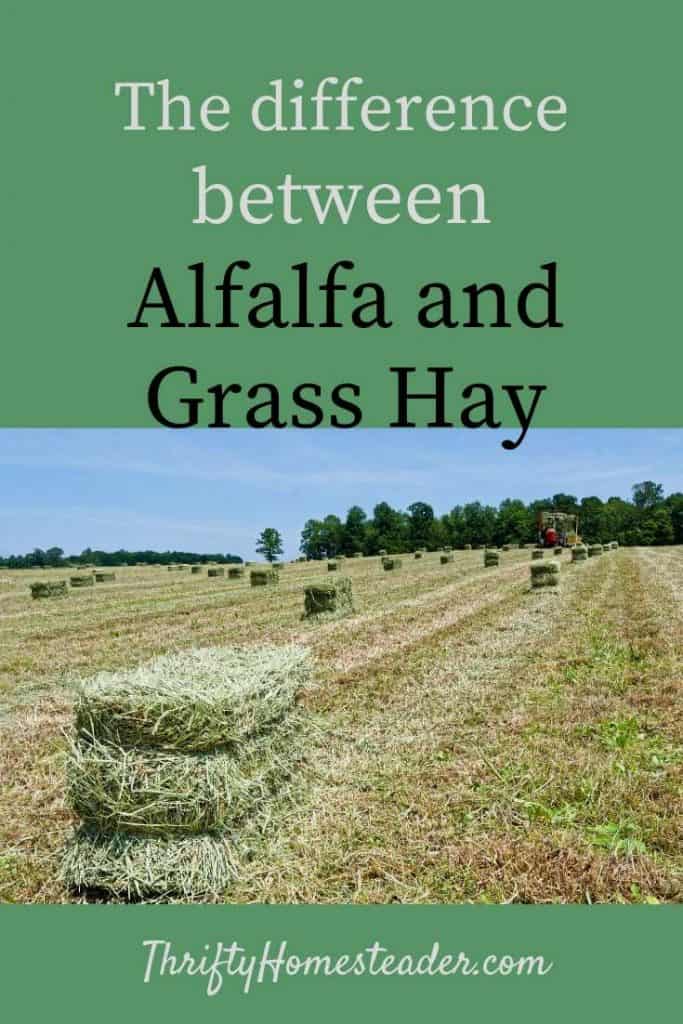 43 thoughts on “What’s the difference between alfalfa and grass hay?”

Thrifty Homesteader is a participant in the Amazon Services LLC Associates Program, an affiliate advertising program designed to provide a means for sites to earn advertising fees by advertising and linking to amazon.com. You pay the same price when you purchase through affiliate links as you would if you went directly to Amazon, and our site earns a small commission, so by shopping through our links, you are helping to support our blog so that we can continue to provide you with free content.
2890 shares
2890 shares