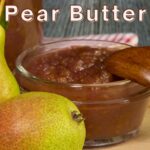 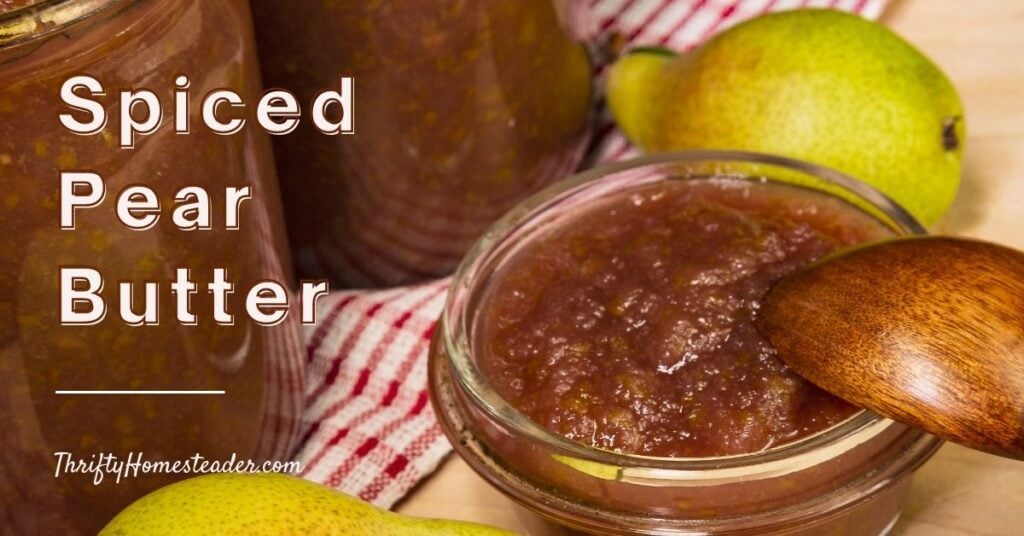 When we moved to our homestead, we planted lots of trees that yielded fruit we were not in the habit of eating. In fact, in 2007, we planted four pear trees, even though I had probably not eaten four whole pears in the past ten years!

One of the first things I learned is that most varieties of pears are not very good when first picked from the tree. First of all, I don’t pull them unless they practically fall into my hand when I grasp them. Then I store them in a cool basement for a couple of weeks before putting them into a refrigerator.

And the good news is that they last for at least a couple of months in the refrigerator. So, that’s why you see pictures of pears in so many vintage Christmas paintings.

I quickly discovered that sliced pears make a great addition to salad with ranch or poppyseed dressing, but what else can you do with them?

In 2011, I made pear butter for the first time, even though I had never eaten pear butter. Luckily, I loved it. I especially like to add a couple tablespoons to a bowl of oatmeal. In fact, I’m not a big fan of jams and butters on toast or biscuits, so the vast majority of our canned fruits find themselves in oatmeal or yogurt.

Wash, peel, quarter, and core pears. Put them in a pot with half a cup of water and simmer until pears are soft.

Puree in a food mill. You can also use a food processor, but be careful that you don’t turn it into total mush.

Put two quarts of pear pulp and the sugar in a big pot and stir until the sugar disappears.

Add the spices and cook the mixture until it is thick, stirring often to prevent sticking.

When you scoop up a spoonful, it should just sit there, rather than dribble off.

Once the pears have turned into butter, fill the hot jars, leaving ½-inch headspace. Place lids on jars and tighten gently. 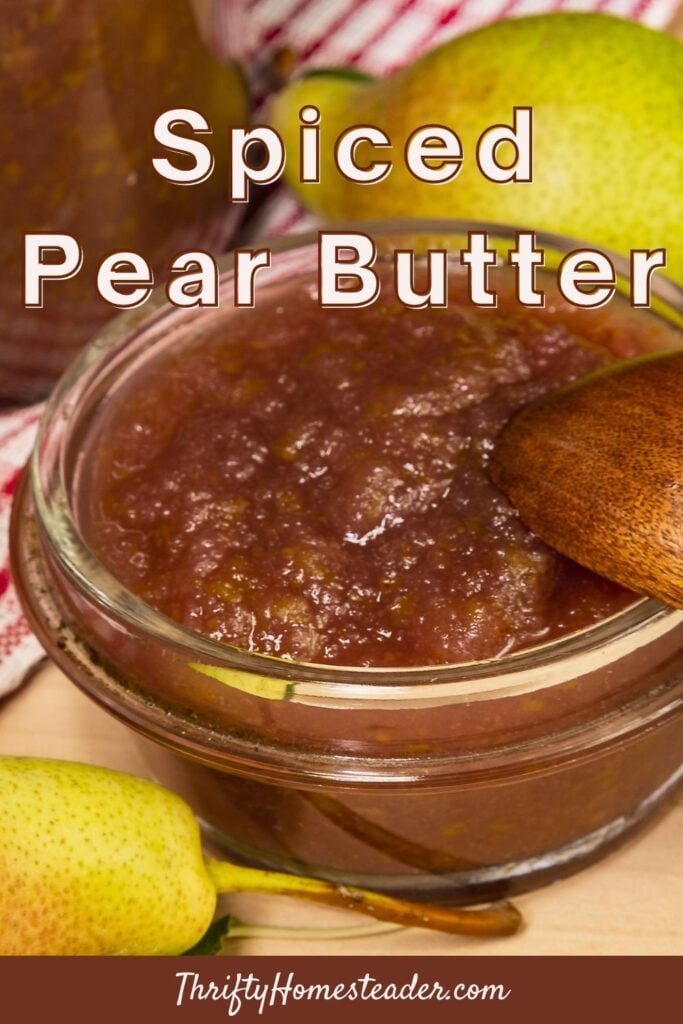 Thrifty Homesteader is a participant in the Amazon Services LLC Associates Program, an affiliate advertising program designed to provide a means for sites to earn advertising fees by advertising and linking to amazon.com. You pay the same price when you purchase through affiliate links as you would if you went directly to Amazon, and our site earns a small commission, so by shopping through our links, you are helping to support our blog so that we can continue to provide you with free content.
161 shares
161 shares