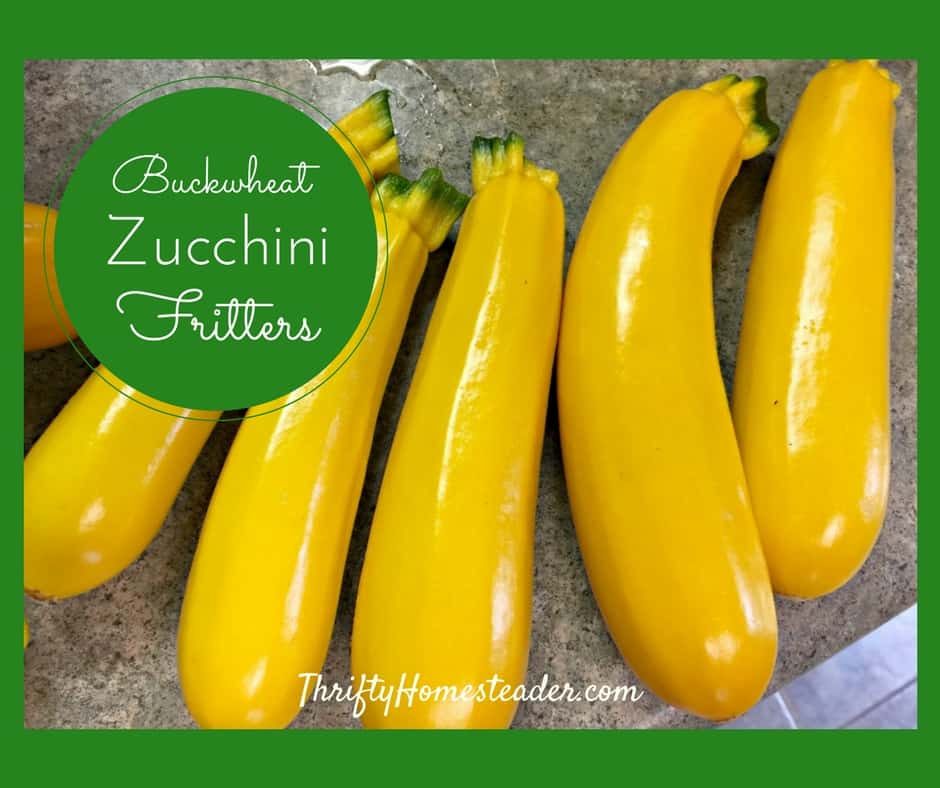 If you have a garden and you planted zucchini, there’s a good chance that you have more than you know what to do with. So, I thought I’d share one of my favorite zucchini recipes with you. We started making zucchini fritters years ago using a recipe from a very old Betty Crocker cookbook. Then, when I had to go gluten-free as part of my regimen to beat Hashimoto’s, I started looking for ways to change my favorite foods. This one proved to be easier than most.

Initially I used brown rice flour, but that’s hard on blood sugar because it has 31 grams of carbohydrates and only 2 grams of fiber in 1/4 cup, so I switched to buckwheat. In addition to having 3 grams of fiber, it has only 21 grams of carbs. (Don’t even think about using white rice flour because it has even less fiber.) Too many carbs and very little fiber makes for some wicked blood sugar swings for those who have issues with either high or low blood sugar.

Did you say gluten free?

Yes, buckwheat is gluten free. It is not really a true wheat. The name is totally a misnomer.

Some zucchini is green, but we prefer golden zucchini. No, this is not the same thing as yellow summer squash. Golden zucchini tastes like green zucchini, but it’s is easier to see, so you can harvest it before it becomes a baseball bat. It also seems to be more resistant to bugs in our area, so the plants last longer than the green varieties, which are called black and gray zucchini, depending upon which shade of green you get. Feel free to use green, gray, or golden zucchini in this recipe.

I use lard in this recipe because it adds a great flavor, but you can use a different oil. However, it needs to be one that does a good job with high heat, so olive oil would not be good for this. If you don’t have real home-rendered lard, then coconut oil would be a good second choice.

The recipe calls for a medium-sized zucchini. If you have some of the baseball-bat size, you will need to scrape out the seeds before shredding because they’re not very palatable. Chickens, however, love the seeds, so they’re free chicken feed.

In addition to using zucchini fritters as a side dish for lunch and dinner, I also eat the leftovers for breakfast. They’re delicious either hot or cold.

I wouldn’t store them in the refrigerator for more than about five days because of the egg in them, but they’ve never lasted more than a day around here.

You can also eliminate the fat for frying and simply put a thin coating of oil on the pan for making “pancakes” instead of fritters.

Yum
A delicious side dish for lunch or dinner, and also works well for breakfast! 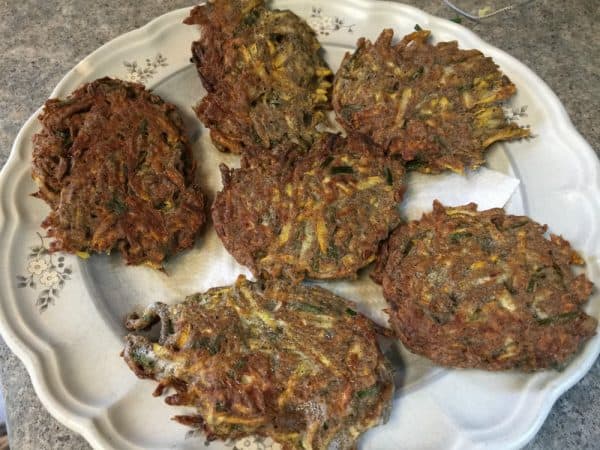