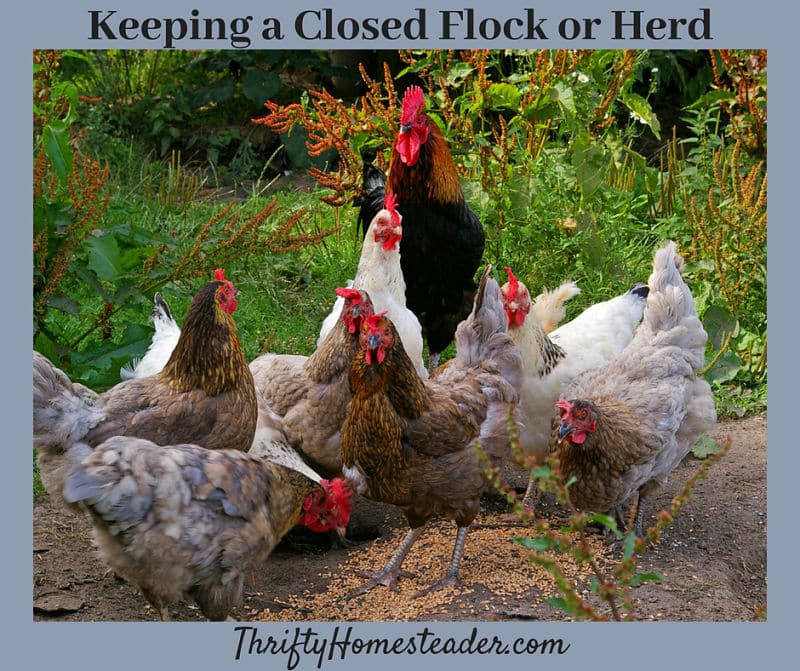 Even though I’ve had chickens since 2002, I really don’t feel like I know much about sick chickens. We had them for more than a dozen years before it took more than one hand to be able to count the number that had not died as someone’s dinner — either ours or a predator’s. The main reason our chickens — and turkeys, ducks, and geese — are all so healthy is because I’ve only purchased day-old chicks from certified disease-free hatcheries. We’ve had plenty of offers for a free rooster here and there, but I don’t bring in new adult poultry because of the biosecurity risk.

I’m sure this is one reason we’ve successfully free-ranged our turkeys and chickens together with no losses to blackhead. Chickens carrying blackhead can appear fine, but it’s fatal to turkeys if they’re infected, which is why you often hear that you should not mix the two species.

There is no standard definition of what a closed flock or herd is. Some goat breeders will say that they have a closed herd, even though they are taking their goats to shows regularly. I never felt right claiming to have a closed herd back when we showed because you never know what you could bring home from a show. Thankfully the only thing our goats ever contracted was pink eye, which ran through the entire herd. But that was also the straw that broke this goat owner’s back and led me to decide to stop showing.

So, if someone says they have a closed herd, you need to ask what they mean by that. For example, on my farm, it means that we have not bought a doe since 2005, and we only buy a new buck about every five years, and he comes from a herd that’s tested negative for communicable diseases, and if he’s old enough, he’s been tested. If he’s not old enough, his mother has been recently tested. He also gets tested for CAE, Johnes, and CL after he’s been here for a few months. (We also did a podcast episode about CAE and CL.)

For our poultry, it means they only come from certified disease-free hatcheries when they are one day old. After hearing Dr. Julie Gauthier’s talk at the Livestock Conservancy’s conference last November, I’m sure that our closed flock is the reason we have such healthy birds. She said that one of the easiest ways to ensure a healthy flock is to have a closed flock.

There is an old veterinary adage that says all health problems are bought and sold — meaning that you bring health problems onto your farm when you buy new animals. So, not only is it more profitable and sustainable to be breeding your own animals, it is also healthier. Sometimes you really do need to bring some new blood onto your farm, and when that happens, you need to be sure to buy only from reputable breeders or hatcheries that have tested negative for diseases and then quarantine the new animals for at least a month. 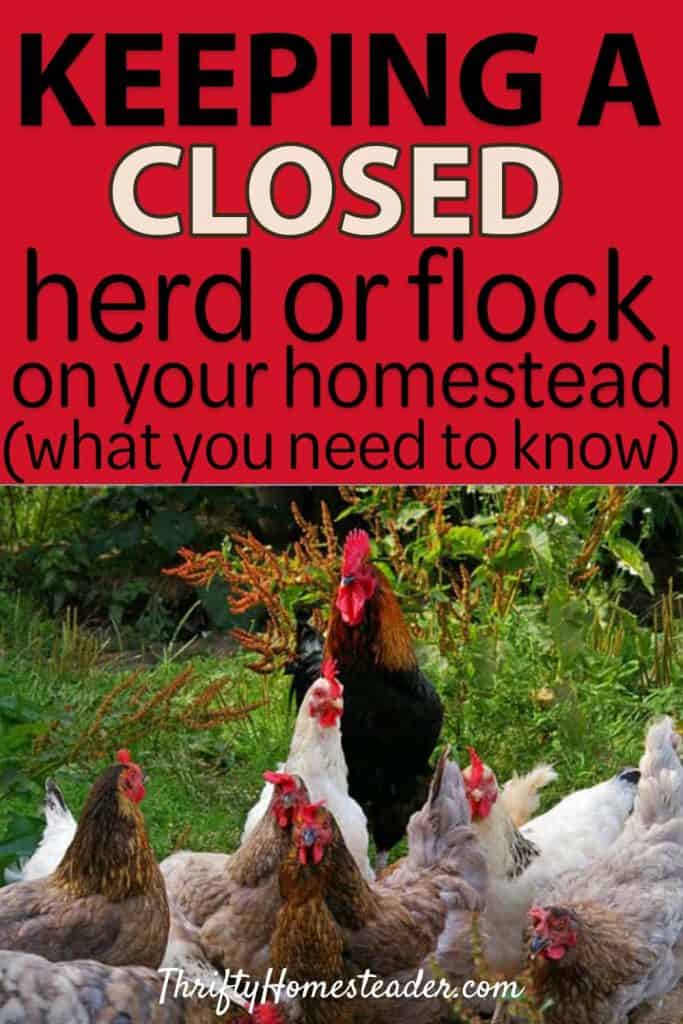 3 thoughts on “Keeping a Closed Flock or Herd”

Thrifty Homesteader is a participant in the Amazon Services LLC Associates Program, an affiliate advertising program designed to provide a means for sites to earn advertising fees by advertising and linking to amazon.com. You pay the same price when you purchase through affiliate links as you would if you went directly to Amazon, and our site earns a small commission, so by shopping through our links, you are helping to support our blog so that we can continue to provide you with free content.
372 shares
372 shares