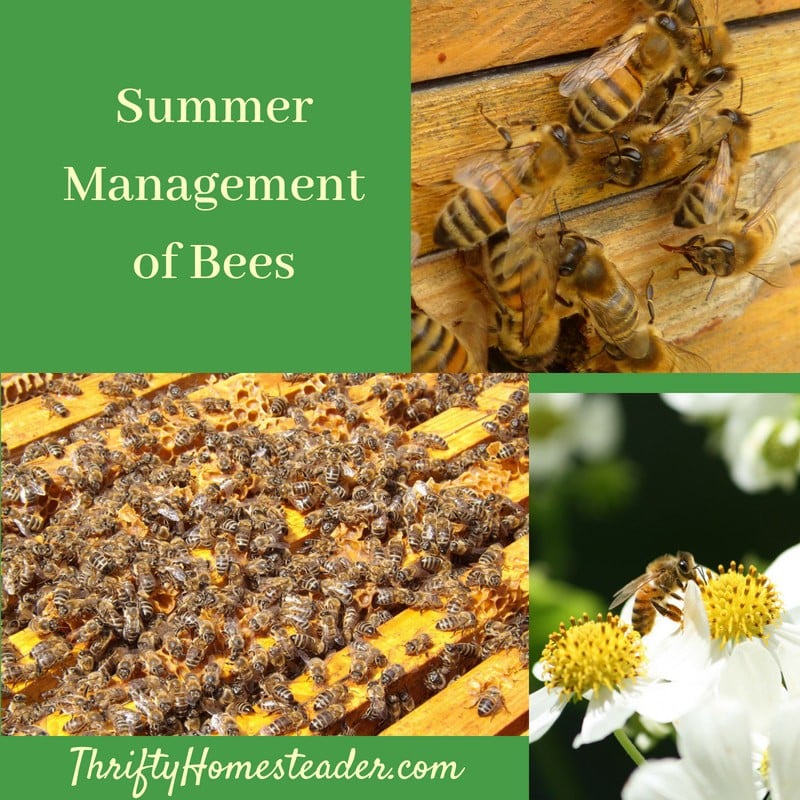 Below is an excerpt from

The peak bloom for many nectar plants is early summer in the northern United States. When this happens, it’s time to see whether all the bees’ and your hard work getting populations up to their optimal level will pay off. Don’t be surprised, however, if it doesn’t work out the way you planned it. Conditions vary greatly from year to year. It takes several years’ experience in a location to get a sense of how consistent it will be. The litany of potential problems is long: it might be too hot, too cold, too dry, too windy, too wet, and so on. Bees and the vegetation they depend on can be affected greatly by shifting environmental conditions, even on a day-to-day basis.

Visits to the apiary in summer are made mainly to look at storage issues. Plan to visit every two weeks. It may be time to add and perhaps take off supers as previous ones become filled and capped. Some beekeepers begin to extract honey early; others wait until the season is over. As part of this, continue to monitor the adult population. A good way to estimate what’s going on is by using a hive scale to monitor weight changes.

In the South, the major nectar flows may be over, having peaked in late spring. Summer in this region can be extremely hot with no appreciable nectar. In some locations, colonies can even be hungry, especially if the beekeeper has been too anxious to take off a honey crop. Afternoon thundershowers can wash away a nectar flow quickly, and the bees might become prickly without warning. Always be ready (with a smoker and your protective clothing) at this time for unexpected defensive behavior. Robbing can also begin without notice, increasing defensiveness.

Other concerns, aside from the ever-present threat of swarming, include the possibility of one queen taking the place of another and the condition of the frames and combs. Queens are hard to find when populations are large, and looking for one at this time of year is not recommended if the population appears adequate. If the number of bees becomes reduced, however, it is reasonable to take a closer look at the brood and queen. If the queen was marked and one appears that isn’t, this means a queen supersedure has occurred.

Damaged frames and combs should be identified for replacement; then they can be slowly worked from the center of the nest to the sides and eventually removed. Total comb renovation represents a revolution in thinking; older literature often reflected beekeepers’ beliefs that even very old comb was serviceable. This is no longer the case. Use of varroa treatment chemicals inside the beehive can contaminate the wax, which might become toxic. Many beekeepers are now going to three-year rotation for all combs. Some have abandoned beeswax foundation entirely in favor of plastic, which does not become contaminated and can easily be renovated by the bees after the old wax is scraped off.

The late season really begins in late summer: July and August, to be exact. At this time, the beekeeper begins to anticipate and prepare for the coming winter. In the North, USDA Plant Hardiness Zone 6, the target date is August 1. A month or so later is appropriate for beekeepers in Zone 7. This is a critical season. There may be a late honey flow in various regions, complicating things in unexpected ways, such as restricting the queen’s egg laying.

The objective of management at this time of year is to ensure that a viable population of honey bees goes into winter with a good chance of surviving. Young bees are important, but even more significant are good healthy populations of “winter bees.” These overwintering insects are adapted to storing nutrients for a long period of time. Summer bees cannot do this as they lack well-developed fat bodies.

The origin of this vital population of winter bees is the queen. The beekeeper must, therefore, take pains to ensure she is up to the job. There is a natural slowdown of brood rearing at this time, so a failing queen may not be detected by the beekeeper. On the other hand, honey bees are good at preparing, and one may see signs of supersedure cups being constructed, meaning a new queen is on the way.

If there is any doubt about the queen’s condition, serious thought should be given to requeening. Some beekeepers requeen in late summer or early fall on a regular annual basis. New queens lay at a higher rate than older ones. Late summer requeening allows for multiple chances for queen acceptance. The resultant population is larger. In addition, a first-year queen is much less apt to swarm the following spring.

A substandard population in the late season can also hinder a colony’s preparations for winter. Combining weak colonies into a stronger unit that has a better chance to survive the coming harsh conditions is a time-honored approach. The axiom “Take losses in the fall” applies. Many beekeepers are loath to reduce their colony numbers, however, and often wait too long. If colonies are combined into stronger units and survive, there is always the opportunity to split them in spring. 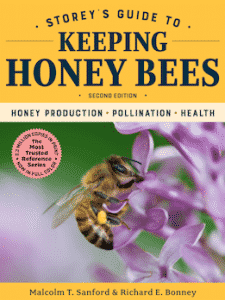 The late season is the most important one for varroa management. Parasitized honey bees are not good candidates for winter survival. There is usually a large mite population in the late season, fueled by all the brood the colony produced since beginning the active season. Many mites are protected in the brood cells and are not susceptible to chemical exposure. A break in the brood cycle at this time may be desirable to let brood emerge. In the process, female mites will have a reduced brood population available to be parasitized, and the mites are vulnerable to the presence of any chemical control.

Brood nest management for mite control is something that is not emphasized in books written before varroa was introduced. Requeening can also produce the brood cycle interruption needed to control mites. So can dividing strong colonies, treating and requeening the splits, and then letting them overwinter. This technique has been employed by a number of beekeepers with surprisingly good results in moderate climates. In harsher climates, the same management can be used and the resulting smaller units can then be overwintered in a shed, garage, or cellar as nuclei. 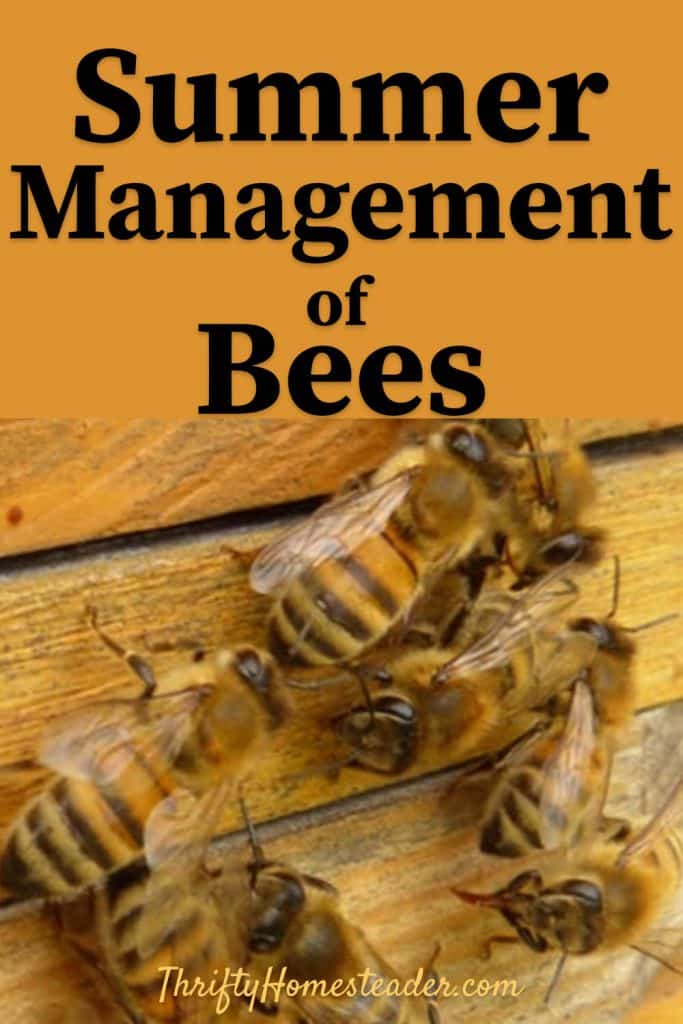 Thrifty Homesteader is a participant in the Amazon Services LLC Associates Program, an affiliate advertising program designed to provide a means for sites to earn advertising fees by advertising and linking to amazon.com. You pay the same price when you purchase through affiliate links as you would if you went directly to Amazon, and our site earns a small commission, so by shopping through our links, you are helping to support our blog so that we can continue to provide you with free content.
2010 shares
2010 shares