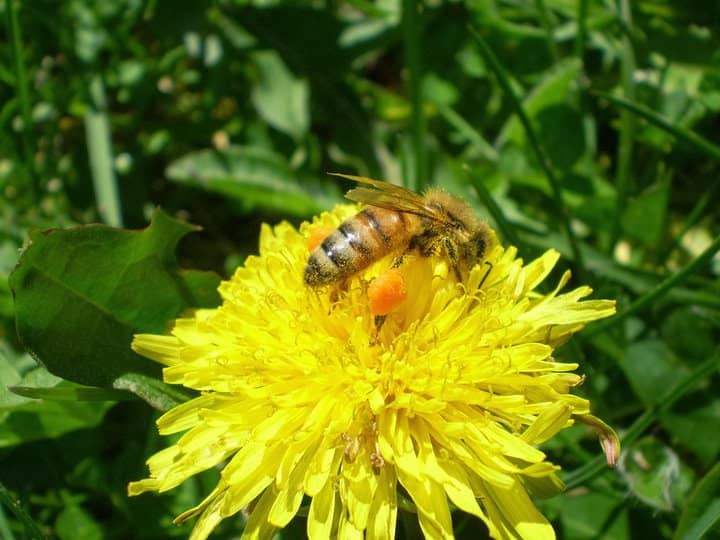 Bees pollinate many crops that we enjoy eating! According to 10 crops that would disappear without bees, “more than $15 billion worth of crops are pollinated by bees each year just in the United States alone. Put another way, one of every three bites of food Americans consume comes from a plant visited by bees or other pollinators.” Among crops that would disappear if bees did not exist — apples, almonds, blueberries, cherries, avocados, cucumbers, onions, grapefruits, oranges, and pumpkins, to name a few.

Did you know that bees have been disappearing at an alarming rate? According to the United States Department of Agriculture,

Colony Collapse Disorder (CCD) is a serious problem threatening the health of
honey bees and the economic stability of commercial beekeeping and pollination
operations in the United States. The main symptom of CCD is very low or no adult honey bees present in the hive
but with a live queen and no dead honey bee bodies present. Often there is still
honey in the hive, and immature bees (brood) are present.

CCD is not fully understood, and a single cause has not yet been identified. It may be a virus, bacteria, fungi, parasites, or stress, or some combination of these factors.