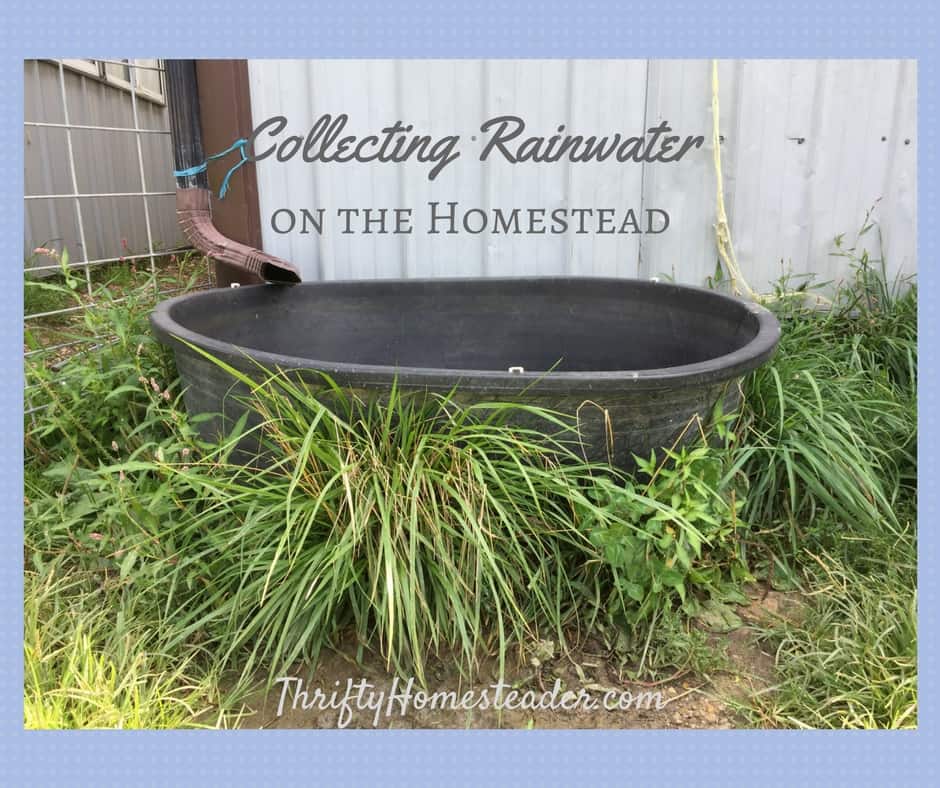 Although I didn’t grow up on a farm, I remember visiting my grandparent’s farm and my uncle’s ranch as a child. I only have a few memories of what I saw there, but one regarded water. They had downspouts that flowed into water troughs. So, when we moved to our homestead in 2002, we immediately put water troughs under two of the downspouts on the barn.

I had no idea at the time, but this was the reason we didn’t see a copper deficiency problem until our second year. Our well water is high in sulfur and iron, which bind with copper and causes copper deficiency in goats. When we only had a few goats, they drank rainwater almost exclusively. But as our herd grew, they drank more, and we had to use more water from the well. Because our bucks were in a remote pen, away from the does, they had well water exclusively, which explains why none of them ever lived past the age of three for the first five years we had goats. 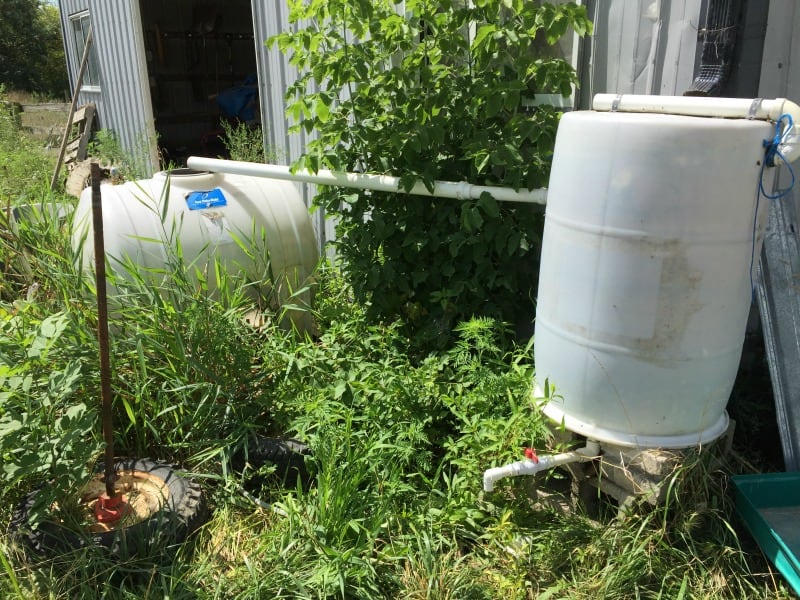 After learning that our goats had a problem with copper deficiency because of our well water, we added rain barrels under a third downspout on the barn. It started with one rain barrel that was purchased from the local community college when their horticulture club was doing a fundraiser. We quickly discovered that the barrel would fill up with a short summer shower. To increase our storage capacity, my husband cut a hole in the side of the original barrel, near the top, and added a PVC pipe that goes to another small water tank.

We even had a third tank overflow connected to the second one, but it cracked, and we haven’t replaced it yet. If you live in colder climates, you can’t use rain barrels during winter. The challenging part, however, is figuring out when you have to drain the tanks. Of course, we don’t want to do that. We want to give our goats rainwater as much as possible because it’s healthier for them. We watch the forecast closely, and we don’t drain the tanks until it looks like temperatures will fall so low that it will be able to freeze the water in the tanks. We’re usually pretty good at it. But a couple of years ago, we missed. The water froze, and it cracked the tank across the bottom, which means it won’t hold any water at all.

If you have goats, I wouldn’t really recommend big water troughs like the one in the top photo. That’s perfect for cows and horses, but goats are picky. If someone poops in the water or it looks dirty to them, they won’t drink it. Do I have to tell you what a huge pain it is to clean out a big water trough? And it’s heart breaking to toss a bunch of rainwater. So, if I were starting from scratch, and I had mostly sheep and goats, I’d just get the water collection barrels and use them to fill up buckets. And when putting together several barrels with pipes, you can save a lot more water than you can with a big water trough. 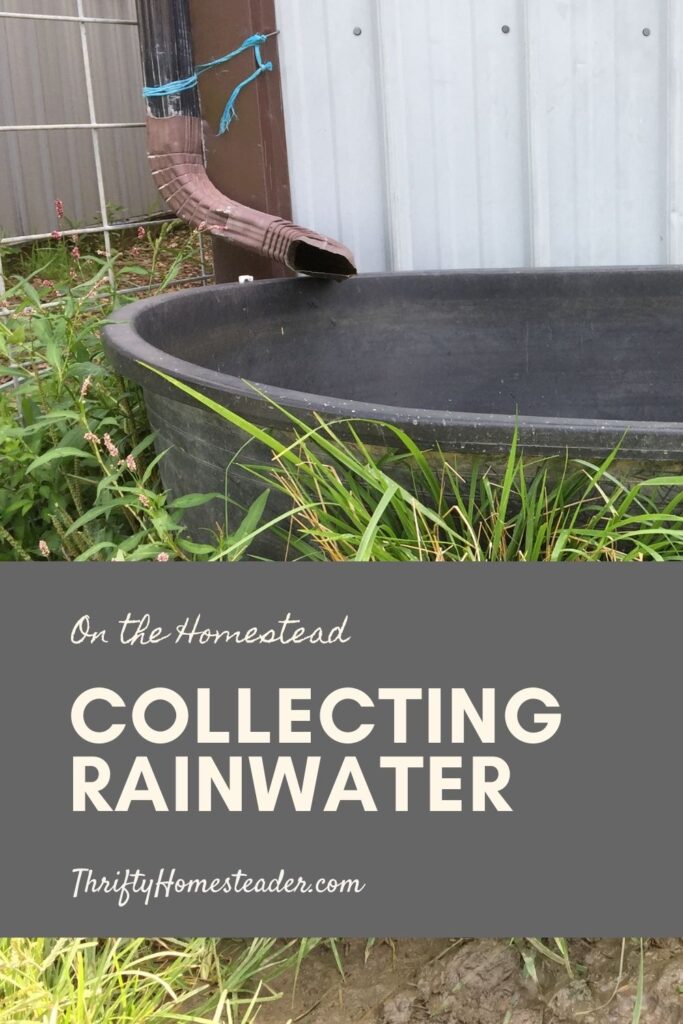 22 thoughts on “Collecting Rainwater on the Homestead”

Thrifty Homesteader is a participant in the Amazon Services LLC Associates Program, an affiliate advertising program designed to provide a means for sites to earn advertising fees by advertising and linking to amazon.com. You pay the same price when you purchase through affiliate links as you would if you went directly to Amazon, and our site earns a small commission, so by shopping through our links, you are helping to support our blog so that we can continue to provide you with free content.
713 shares
713 shares