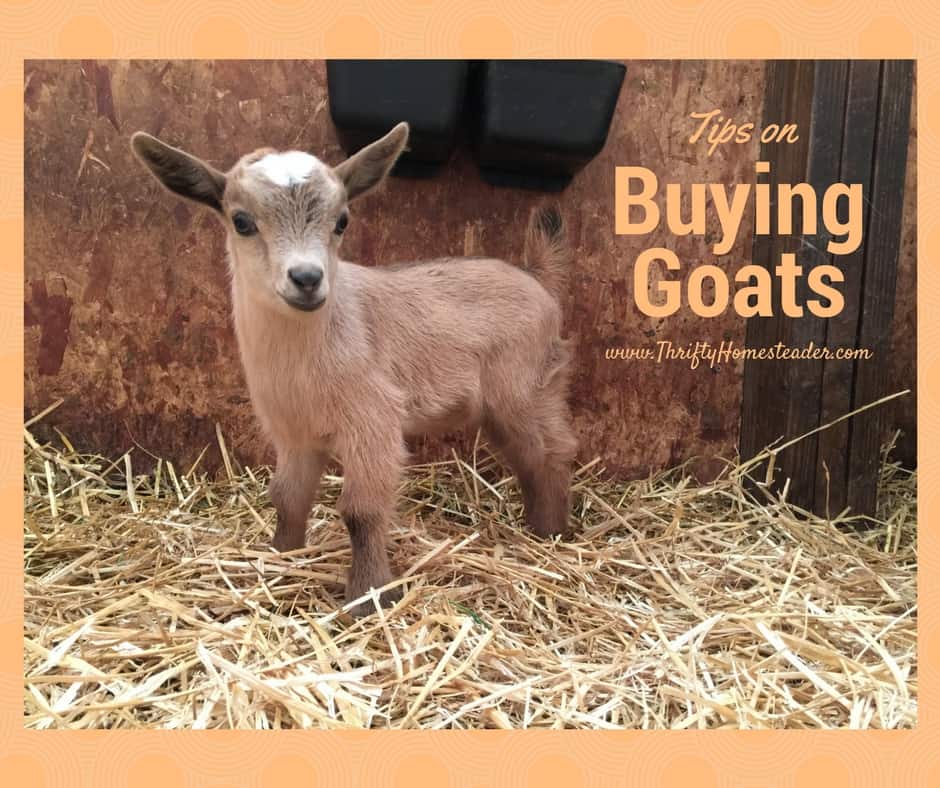 When people buy their first goats, they often have a lot of questions about the process. After all, you don’t just go into the local pet store and buy a couple of goats every day.

Should you put down a deposit?

Most experienced breeders require a deposit because unfortunately, there are some flakey people in the world who change their mind and don’t bother to let the seller know. I’ve heard of people even setting up an appointment to come get goats and then not showing up. But that usually only happen when there is no deposit. When a deposit is required, it means that the buyer is serious, not just thinking this sounds like a fun idea at the moment. Buyers tend to give more thought to saying they want to buy a goat if they’ve put down a deposit. If a buyer changes their mind at the last minute, then the seller has wasted weeks or months of advertising time when they could have sold the goat to someone else.

Sellers can set their own terms for refunding the deposit, but they should be in writing somewhere. For example, they’re on my website. If a doe does not have the gender reserved, then the buyer can choose a different kid, or I will give them a refund. Sometimes, the buyer says they want to wait until the next year, if they really wanted a specific sex from that doe, but that’s their decision. I left a deposit with a breeder for two years one time, waiting for that doe to have a buck, and she never did.

What’s a fair price for a goat?

This depends on a lot of things, such as whether the goat is registered and what the parents have accomplished. Unregistered kids usually sell for $50 to $150, depending upon your area. Wethers (castrated males) make the best pets and are usually on the lower end of that price range.

If you can register the kids, breeding animals would start at about $300, and without anything extra special about them, that’s about where the price would stay. The following items can affect the price of a goat:

If you don’t want to show, there’s not much point in paying $1,000 for a pet or even for a family milker when you can get goats for far less who can be just as good as a pet or milker.

It’s a personal pet peeve of mine when I see a goat advertised as costing more simply because of its eye or coat color. As someone who raises goats for family milkers, I’d much rather pay more for great milking genetics. Blue eyes and spots don’t put more milk in the bucket, but I suppose sellers can charge whatever the market will bear.

Are there any sellers to avoid?

“Great for pet, milk, or show” is usually seen on ads for goats being sold by people who are either trying to get rid of pets they decided they don’t want, or they’re inexperienced breeders . Very few goats are great for all three of those things, and if they are, the seller should back up all those claims with facts. You can technically show or milk any goat, and you can keep any goat as a pet. That goat may or may not have decent production, and it may get dead last in the show ring. It might also be super shy or even aggressive. If someone is selling goats for milk or show, and they are not actually milking or showing their goats, then they really have no idea what the potential is for their offspring.

Are there goat rescues?

I’m glad you asked! Yes, because goats have grown in popularity in recent years, there are goats in rescue. One place you can find them is Petfinder.com. Sadly, you will also see goats being given away on Craigslist. If you want a family milker, I really do not recommend going this route, however, because there won’t usually be any type of milk records for those goats, and they could be carriers of disease. If you simply want a couple of pets or pasture ornaments, however, getting goats from a rescue can be a viable option, assuming the goats have been tested for diseases. 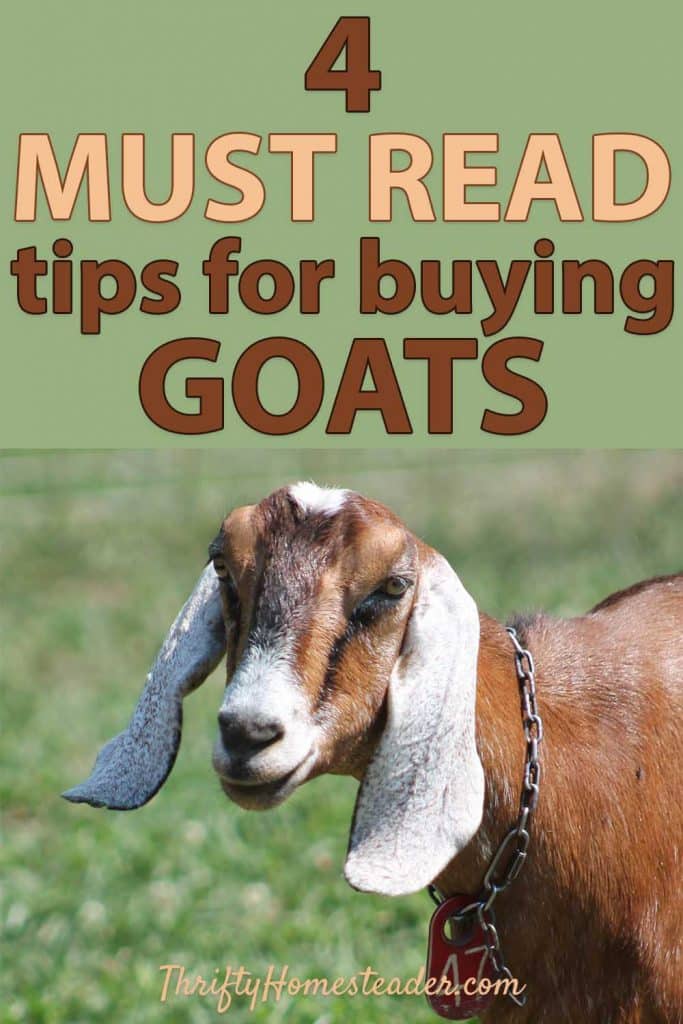 9 thoughts on “Tips on buying goats”

Thrifty Homesteader is a participant in the Amazon Services LLC Associates Program, an affiliate advertising program designed to provide a means for sites to earn advertising fees by advertising and linking to amazon.com. You pay the same price when you purchase through affiliate links as you would if you went directly to Amazon, and our site earns a small commission, so by shopping through our links, you are helping to support our blog so that we can continue to provide you with free content.
905 shares
905 shares