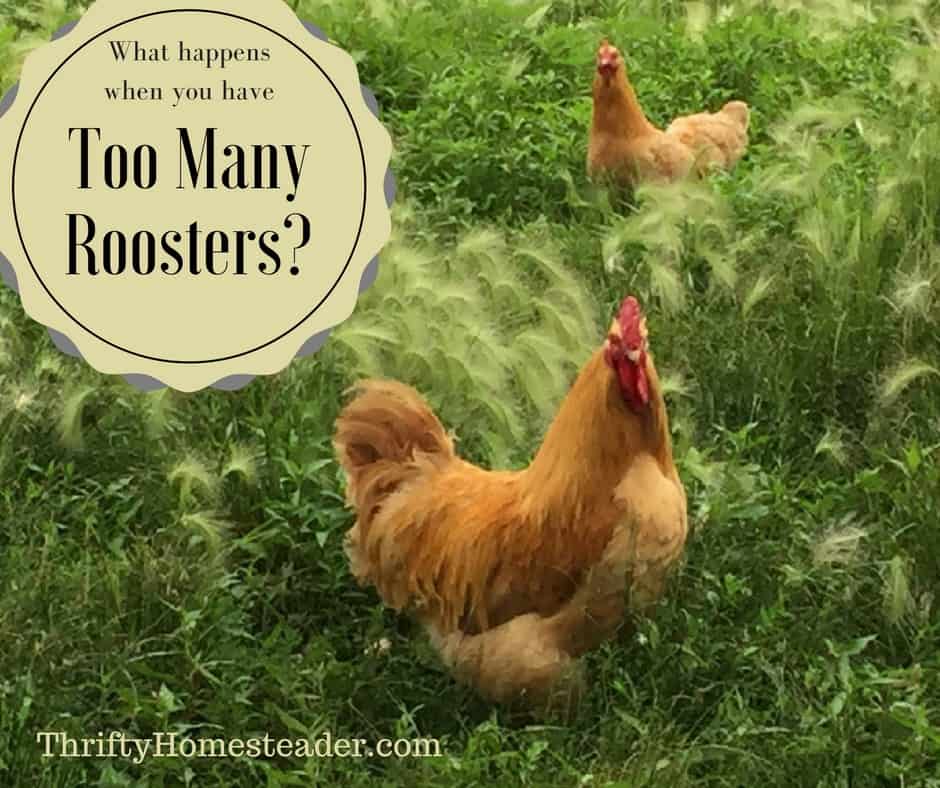 We were naively ecstatic when our first chicks were hatched in 2003. Not only were the chicks adorable, but it also meant that we were self-sufficient when it came to providing eggs for ourselves. Our hens were providing us with eggs, and they were providing us with their replacements so that when they slowed down and eventually stopped laying, there would be younger hens to replace them.

A year later, we had about forty hens and twenty-four roosters. Most of the hens had bald backs because roosters think they need to mate a hen at least every fifteen or twenty minutes. And when one rooster pinned a hen, three or four other roosters would line up for their turn. The constant mating pulled all the feathers from the hens’ backs, which then exposed their skin to the roosters’ toenails as well as to the sun. I understood why the books say that you only need one rooster for about every dozen or two hens. I realized that if the hens went into winter with no feathers on their backs, they could freeze to death. We briefly considered butchering some roosters but quickly dismissed the idea, hoping that the urge to mate would decrease as fall approached.

One day as I was walking through the barn, I saw Emerald, a beautiful Silver-Laced Wyandotte rooster standing like a statue. As I walked towards him, he didn’t move. I stood right next to him and crouched down. Nothing. I waved my hand in front of his face. Nothing. As I moved around to the other side of his body, I realized his other eye had been pecked out. I gasped and ran to the house to tell Mike that he needed to put down the rooster.

Of course, I expected Mike to put the rooster out of his misery. He objected, “Well, can’t you do something for him?” I explained that although I could get medication for him, he would have to spend the rest of his life in a cage because his blindness would make him an easy target for predators and other roosters. “Emerald was the king of the barnyard,” I explained. “Being in a cage is no life for a rooster like that.”

Mike finally agreed, but by the time we went back out to the barn, Emerald was dead. We thought about what to do with him, and it seemed like a waste of good, organic meat to bury him. A few months earlier, we had decided to eat a hen that had wandered onto the road and been hit and killed by a four-wheeler. When we thought about the reasons that we did not eat meat, none of them applied to our chickens. They were not vaccinated or medicated or debeaked. They were healthy, living happy lives, running around outside, eating bugs, and doing all the things that chickens naturally do. We decided to eat the rooster.

Over the next few weeks, the rooster fights became more frequent. I found another rooster standing in the barn, staring into space. His head was covered with blood. It didn’t take long to convince Mike to butcher him, but by the time he had sharpened his ax, the rooster was dead. After the third rooster died, we decided that something had to be done. The roosters were obviously fighting to eliminate the competition for mating the hens, and it was getting to be quite inconvenient to drop everything to butcher a rooster that had lost an argument. We realized we could either butcher them on their schedule or ours. 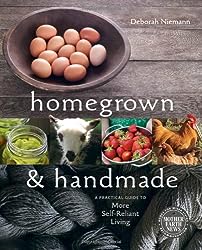 This is an excerpt from Homegrown and Handmade: A Practical Guide for More Self-Reliant Living by Deborah Niemann.

This is the story of how we changed our thinking and our practices regarding roosters. Many people get chickens and don’t think about what they will do with the extra roosters. We were no exception when we moved to the country in 2002. It only took us a year to figure out that it was not a good idea to keep all of the roosters. Now we butcher cockerels around 4 months of age, and we keep the pullets as replacement layers.