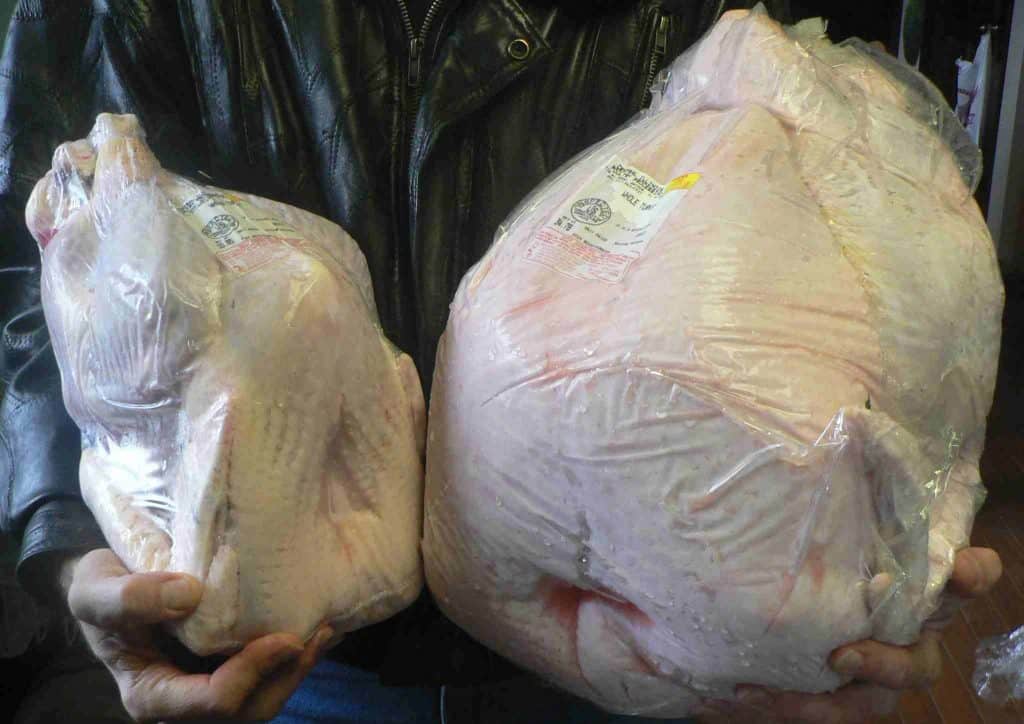 Raising chickens, turkey, and other poultry to sell as meat is a little more complicated that just finding out what you can legally do in terms of slaughter. Liability is also an important consideration.

Meat sold across state lines falls within the jurisdiction of the USDA, so should be processed in a USDA-inspected facility. If you are selling meat within your state, you don’t legally have to have the birds processed in a commercial facility up to a certain number.

The poultry exemption varies from state to state. In some, the number is as high as 20,000 per year. In others, it’s as low as 1,000. However, you may have to apply for the exemption, so be sure you understand the laws in your state. In Illinois, it’s 5,000, which is about twenty times more than we’ve ever sold in a year, so why don’t we process on farm? 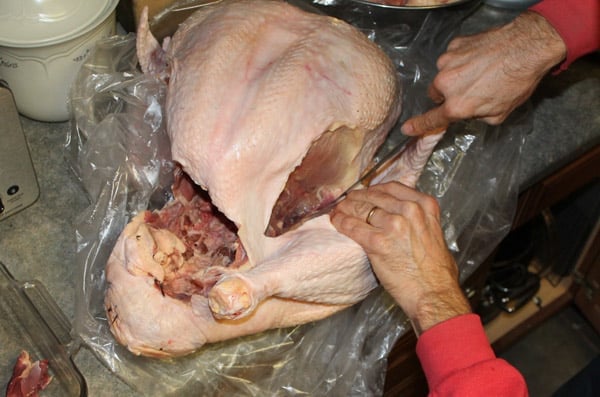 One word — liability. If we processed chickens on the farm, then we would be liable if someone gets sick. Our farm policy does not cover meat that we process, nor does it cover processing of animals. So, in addition to having no coverage for the meat itself, they also would not cover anyone who cut himself or herself while butchering a chicken.

While that might not sound like a big deal, I have a friend whose brother wound up hospitalized from a systemic infection that he contracted when he cut his finger butchering chickens. If someone died from an antibiotic-resistant infection acquired while butchering chickens, that would probably end with a huge lawsuit.

You can search for “custom poultry processors” + (your state) online, but if your nearest processor is run by the Amish like ours is, they may not have a website. You will usually get the most relevant results if you put those words in quotes because otherwise, Google mostly ignores “custom” and includes big commercial processing plants that do not process birds that were not grown by their contracted farms.

If you’re wondering how to sell meat from other animals grown on your farm, check out our post from last week about those options.