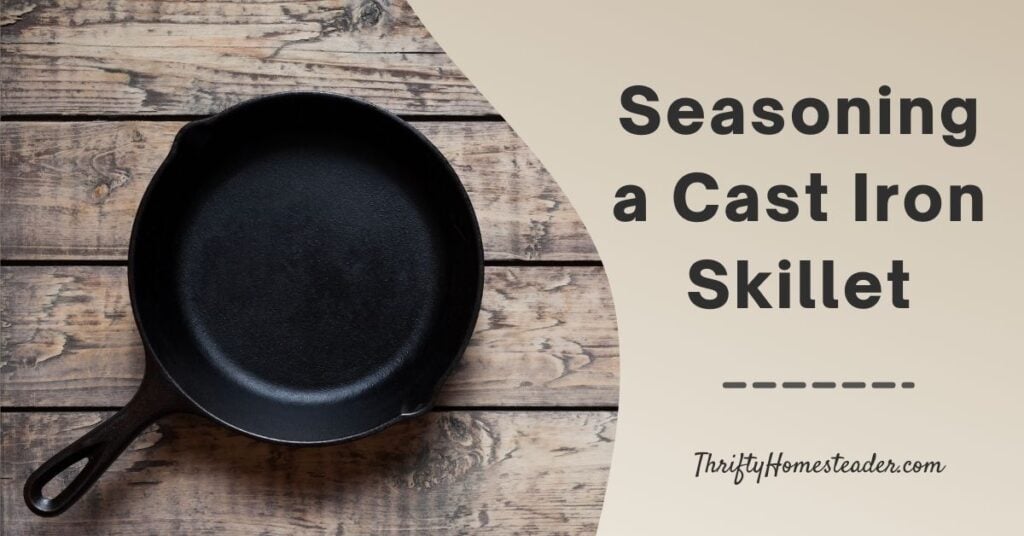 My favorite cookware is cast iron because it is naturally non-stick. Unlike Teflon-like finishes, cast iron is non-toxic and it lasts forever, making it the healthiest and most economical choice for cookware. I am still using the same cast iron that I bought more than 30 years ago.

Cast iron is also available in a wide variety of pots and pans. I personally have four different sizes of skillets, a dutch oven, and a pizza pan.

It’s sad how many people never know the joys of cast iron cooking because they are scared off by the concept of seasoning. It can be intimidating, but it doesn’t have to be. On its simplest level, seasoning just means oiling the pan. Yes, really. You put oil on the pan, which will bond with the metal, creating a surface that’s virtually non-stick.

If you really want to know the science behind it to impress your dinner party guests, here goes. “Seasoning is a layer of carbonized oil,” according to cast iron manufacturer, Lodge. “When oil is heated in cast iron, it bonds with the metal through a process called polymerization, creating a layer of seasoning.”

I am also not a fan of the rough surface on some pre-seasoned pans, so I’d prefer to simply season my own so that I can have a smooth surface.

You might also need to season cast iron if you buy it second hand at an auction or yard sale. I bought my cast iron dutch oven at a farm auction.

How to Season Your Cast Iron Step-by-Step

The best oils for seasoning your cast iron are those that are refined and have a high smoke point. Unrefined oils have not been deodorized, which means they still taste and smell like the plant from which they originated, such as peanut or sesame oil. Although these oils are delicious for cooking, you probably don’t want everything in your skillet to taste like peanut or sesame oil. Both of these oils can be purchased as refined or unrefined, and unrefined also has a lower smoke point, so just be sure to use refined when seasoning your skillet. Other refined oils that work well for seasoning include safflower, soybean, corn, rice bran, sunflower, canola, and grape seed oil. What about vegetable oil? That is simply a generic name for an oil blend that usually contains soybean, corn, canola, and other oils.

Once your cast iron is seasoned, check out my secrets for cooking in cast iron. 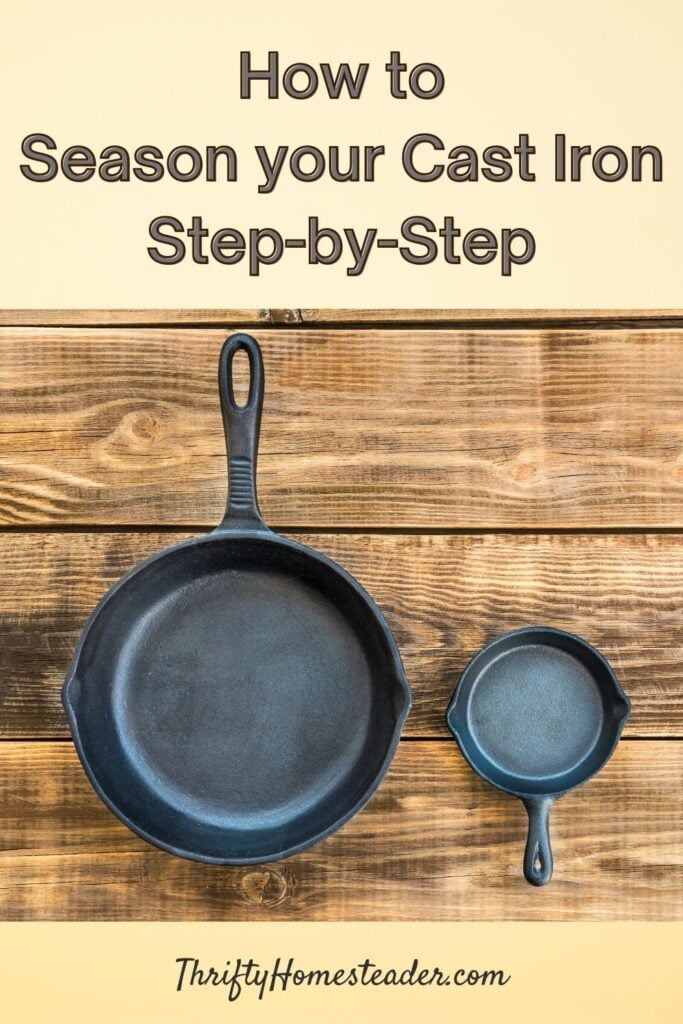 Thrifty Homesteader is a participant in the Amazon Services LLC Associates Program, an affiliate advertising program designed to provide a means for sites to earn advertising fees by advertising and linking to amazon.com. You pay the same price when you purchase through affiliate links as you would if you went directly to Amazon, and our site earns a small commission, so by shopping through our links, you are helping to support our blog so that we can continue to provide you with free content.
186 shares
186 shares