I keep hearing more and more about gluten allergies. In fact, I learned in Restoring Heritage Grains that over the past 60 years, gluten allergies and celiac disease have become at least four times more common.

The book’s author, Eli Rogosa became interested in this topic after learning to grow wheat crops in the Middle East. She was impressed by how well these crops grow in the heat of the Fertile Crescent without irrigation or chemicals. Unfortunately, she also learned that traditional wheat varieties are at risk of extinction, so she started the Heritage Grain Conservancy to try to save rare wheat varieties. On her farm in Western Massachusetts, Rogosa runs an einkorn bakery and grows hundreds of rare wheat varieties. Einkorn is an ancient grain which Rogosa says has the safest, most easily digestible gluten and lowest glycemic index of all wheat varieties.

In the first section of the book “On the Verge of Extinction,” Rogosa explains why heritage grain varieties are on the verge of extinction and why this is a major problem. Modern wheats rely on irrigation, pesticides, and other agrochemicals to survive and contribute significantly to global warming. They also cause health problems like gluten allergies and celiac disease, with symptoms such as weight gain or obesity, digestive issues, nutrient deficiencies, and osteoporosis. Alternatively, traditional/heritage grain varieties are more nutritious, resistant to weeds and diseases, and flavorful.

Another section “Forgotten Grains” covers more about Rogosa’s experience in the Middle East, the history and origins of wheat, and how seed saving can be used to restore rare varieties. Descriptions of many different wheat, rye, and barley species are included.

In the “Landrace Grain Husbandry” section, Rogosa explains that heritage wheat varieties are better adapted to be grown organically and help to mitigate climate change. She discusses the importance of crop rotations, cover crops, seed spacing, soil fertility, and compost when growing wheat. There are also tips for weed control, disease management, and harvesting.

“A Taste of History” includes many different recipes for using rare grain varieties. You’ll learn how to sprout grain flour, malt your own grain, make einkorn sourdough starter, and a fermented beverage – kvass “bread-beer.” There are many other recipes that call for einkorn, including the recipe for horchata below, which looks delicious and would be very refreshing with summer coming up! 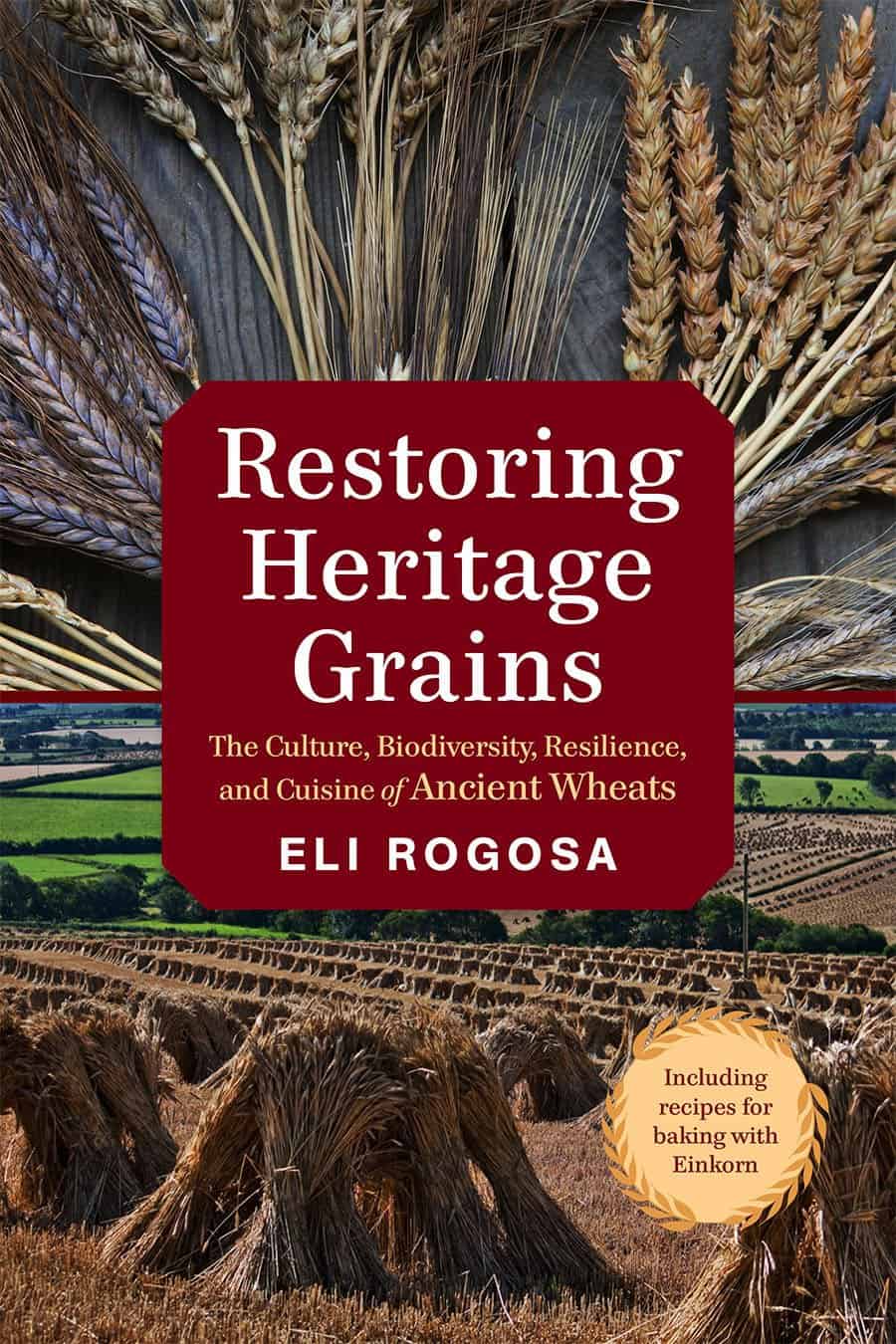 Horchata is a chilled, creamy medicinal beverage which helps with digestion. It originated in the Middle East and is traditionally made from almonds and barley, but this recipe calls for einkorn grains.
Print Recipe Pin Recipe

Whether or not you have a gluten allergy or celiac disease, this is a comprehensive book about the issues with modern wheat. Until we begin to address these issues by restoring heritage grain varieties, I believe we will continue to see more people experiencing gluten intolerance.

Thrifty Homesteader is a participant in the Amazon Services LLC Associates Program, an affiliate advertising program designed to provide a means for sites to earn advertising fees by advertising and linking to amazon.com. You pay the same price when you purchase through affiliate links as you would if you went directly to Amazon, and our site earns a small commission, so by shopping through our links, you are helping to support our blog so that we can continue to provide you with free content.
12 shares
12 shares