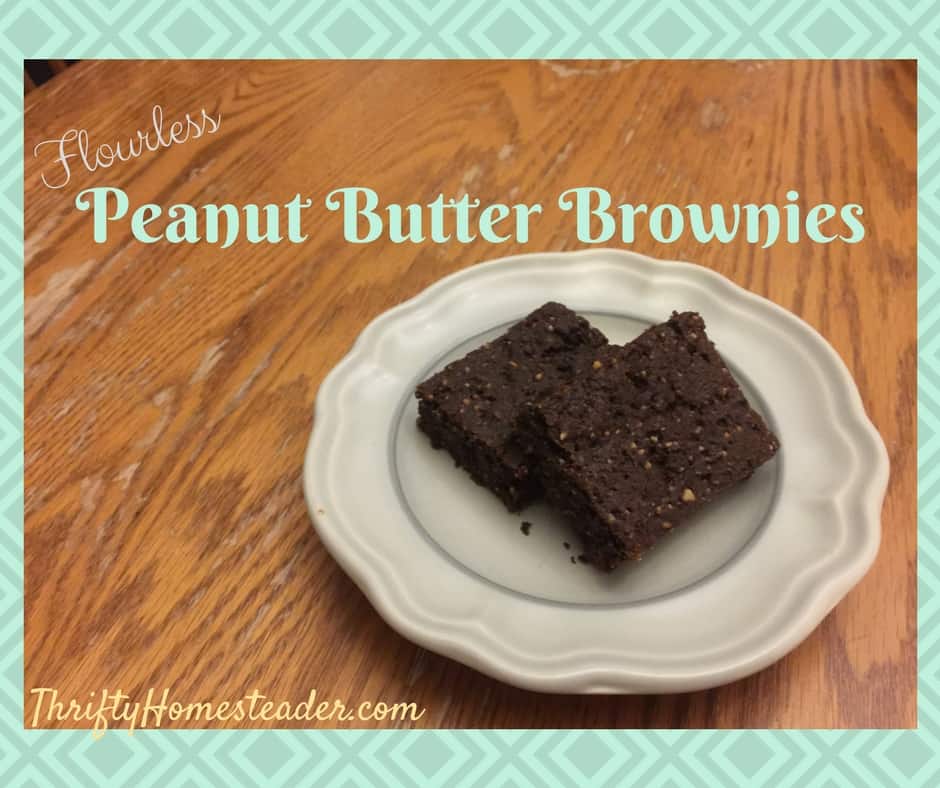 When I discovered I had a gluten sensitivity, it meant a huge shift in the way that I cooked. I used to eat breakfasts filled with flour — homemade pancakes, biscuits, waffles, French toast and plain toast from our homemade bread. We had homemade rolls and bread at lunch and dinner, and we usually had some type of dessert daily, which was often made with wheat flour. Although I ultimately realized that I didn’t have to eat carbs at every meal, I did continue to look for some good dessert replacements that we could have on special occasions. Cutting back on sugar was another goal, as I realized that it made me crave carbs.

For a little added decadence, you can also fold in some chocolate chips or nuts.

One thing I love about this recipe is that other than the small amount of maple syrup in here, it’s really not bad for you. It’s basically peanut butter and eggs with some chocolate for flavor.

Even though this recipe is gluten free, I’d still be making it if I could magically consume gluten again tomorrow because it’s healthier than its flour-filled cousin, and it’s delicious. I’ve fed this to guests many times with rave reviews. 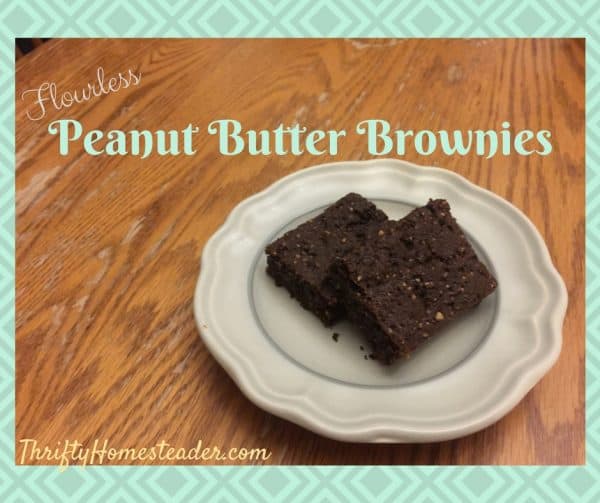 Allergy tips: This is naturally gluten free, but if you have a peanut allergy, you can substitute almond butter.