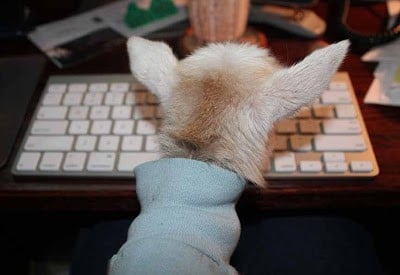 One winter more than a decade ago after receiving my master’s degree and suffering through a class on research and statistics, I decided to finally put that knowledge to use. I then proceeded to design a study that I knew my professors in grad school never would have approved.

Because of the study design, there was the risk of conflicting variables, meaning that my study might not actually study what I wanted to study, which was efficacy of dewormers. I wanted to compare how well different dewormers actually worked.

What’s wrong with this design? There is the possibility that the month a doe kids might play a role in parasite load. I quickly dismissed that idea, however, because surely I would have already noticed that if it were true, right?

In a properly designed study, participants should be randomized, which means they should be randomly placed into treatment groups. I didn’t do that, however, simply because it was easier for me to give the same treatment to all the does kidding in one month. At the time it seemed like too much work, and I really didn’t think it would make a difference anyway.

The DE appeared to work perfectly as none of those does had a high worm load. The herbal dewormer didn’t work very well. The chemical dewormer did not work at all, and the doe that kidded in May and received nothing had a huge load of parasites. I concluded that DE was a great dewormer. Later, however, when some of the other goats had a heavy worm load, I used the DE, and it didn’t do anything to reduce the fecal egg counts. Why the difference?

Ultimately I realized that the month a doe freshens has a big impact on whether or not she winds up with a worm load that needs to be treated. I had not noticed this in the past because I had been giving all does a dewormer when they kidded. This is a classic example of a conflicting variable affecting the outcome of a study.

A properly designed study would have randomly assigned the does to a particular dewormer so the different does kidding each month would be treated with a variety of dewormers. Had I done that, I would have immediately seen that the month of kidding correlated to the doe’s worm load regardless of which dewormer she was given.

This is why it is important to take careful notes and record everything you do. You can’t count on your memory after a few months to remember exactly what you did and when. Write down everything that could possibly influence the outcome because you never know what will make a difference until you look at it in retrospect. As they say, hindsight is 20/20.

But the most important thing to remember is that correlation does not mean cause and effect. There was clearly a correlation between which dewormer I used and the parasite level of each goat, but the dewormers ultimately proved to have nothing to do with the goats’ parasite levels. As it turned out, none of the dewormers actually worked.

Although the point of this post is to show how we can easily be misled to erroneously believe that something works or doesn’t work in our herd, you might be wondering what we did since we couldn’t find a dewormer that actually worked.

We decided to have most of our goats kidding in the dead of winter when the worm load is minimal. By kidding in January and February when the world is frozen in Illinois, we found that we didn’t need to use any type of dewormer with most does after kidding. The optimal time for kidding will be different in different parts of the country and depending upon which parasite causes the most problems in your herd.

We also began to incorporate all of these strategies for preventing parasite problems in goats, including rotational grazing. After several years, we got control of the parasite problem and began to kid later and later in the spring. I’m happy to say that we now kid around March and April, and our goats are still doing fine without the use of any type of dewormer after kidding.

2 thoughts on “Raising Livestock: What caused what?”

Thrifty Homesteader is a participant in the Amazon Services LLC Associates Program, an affiliate advertising program designed to provide a means for sites to earn advertising fees by advertising and linking to amazon.com. You pay the same price when you purchase through affiliate links as you would if you went directly to Amazon, and our site earns a small commission, so by shopping through our links, you are helping to support our blog so that we can continue to provide you with free content.
51 shares
51 shares