Someone once told me that she attended a conference where one of the presenters asked the audience, “How many of you can’t stand the thought of a dead animal?” A number of people raised their hands. Then the presenter said, “Then don’t get any live ones because they all die.”

Wow! That’s harsh! I could never do that to an audience. But that man was absolutely right. They all die — somewhere, somehow.

Death is probably the most challenging thing that anyone on the homestead has to face. Before we actually moved to our homestead, I suppose I thought that all of my animals would live a long happy life and then quietly die in their sleep when they were quite old. And although that has happened a few times, there have been far more deaths that were the result of a coyote attack, a parasite overload, or a disease. It’s tough enough when you’ve done everything you can do and an animal dies in spite of your best efforts. But it’s even harder when you’ve done everything you can do, and an animal is alive but in a condition that does not provide a good quality of life. That’s when you have to make the hard decisions. 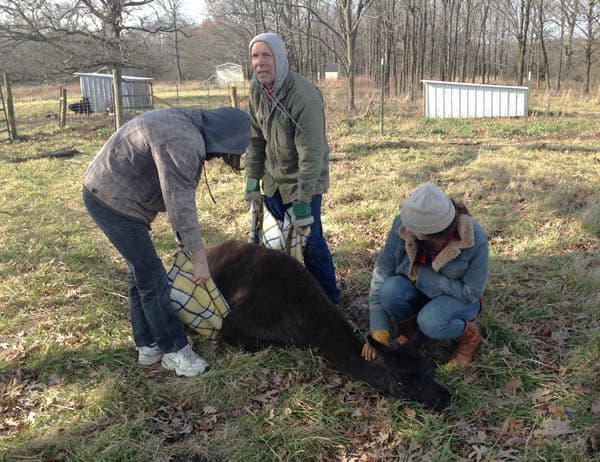 A little more than three years ago, Katy the llama was in the pasture and couldn’t stand. My husband and son looped a blanket under her body and carried her through the pasture, through the barn, and loaded her onto the trailer so I could take her to the university vet hospital. After a battery of tests, they diagnosed her with meningeal worm. Unlike the more common intestinal worms, these worms get into the spinal column where they do serious damage, which is why she couldn’t stand. They said her chances of survival were only about 20 percent, but since she was nursing a four-month-old cria, I wanted to go forward in spite of such terrible odds, so I left her at the hospital after signing a consent to treat with an estimated bill of $400. The next day I received a phone call that Katy had “crashed” when they started treatment, and they saved her. The bill was now more than $1,000. 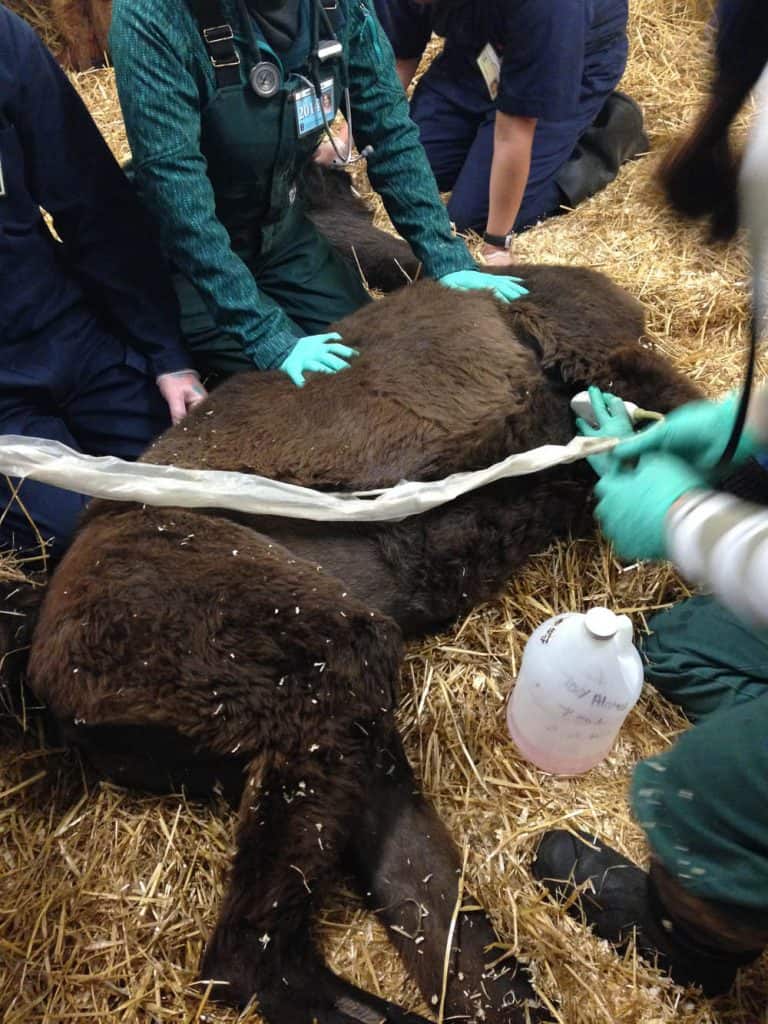 Katy was alive, but she couldn’t poop or pee. She had a catheter, and they were manually removing feces. They told me I could take her home. I am willing to do a LOT for my animals, but I was not going to deal with that. If she couldn’t poop or pee, then I did not want to bring her home. She stayed there for a few more days and eventually regained the ability to eliminate on her own again. However, she could not lift her tail, which meant it was getting soiled every time she eliminated.

After a week in the hospital and a $1,500 bill, I brought home a llama that could not stand on her own and whose tail needed to be cleaned regularly. With us lifting her several times daily, she would hopefully regain the ability to stand on her own. Initially she improved almost daily. She went from being able to stand for only a few minutes before falling down to being able to stand for two hours. She was eventually able to take a few steps. But that’s where her progress ended, and then she started to go backwards after we removed her son from her stall. He was starting to act like a stud, so we were worried about him trying to mate her. Even without that concern, he was also knocking her down, which she did not need. 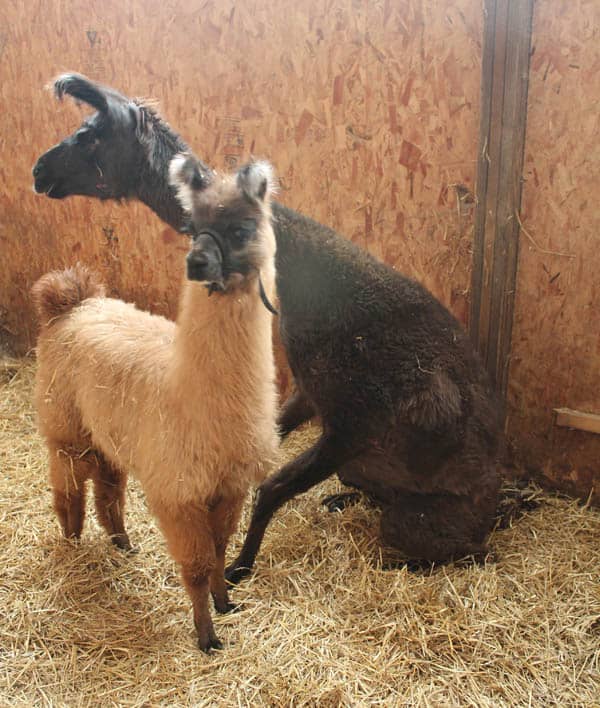 For six months we continued lifting her several times a day. Finally we had to have a talk. It was obvious to everyone here that she would not ever be able to stand up again on her own. We had hoped that putting her in a pasture might boost her spirits, and although it did for a few days, it didn’t last. A few times, she walked out of the shelter and fell down in the middle of the pasture as it was starting to rain. Trying to get her into the shelter was challenging at best.

It was obvious she would never again be a livestock guardian. In fact, she needed a guardian. She’d be a sitting duck for a coyote, if one got into her pasture. So, we made the very difficult decision to put her down.

This was not the first or the last time that we’ve had to make a decision like this, and if you’re a homesteader, you will have to make similar decisions. Yes, the good days far outnumber the bad, but you need to be prepared for the bad days. Some people go into homesteading or farming thinking that’s it’s an idyllic life. You’ll have acres of beautiful pasture with baby animals to adore. You’ll be weeding your garden in a state of zen. You’ll be enjoying delicious meals of homegrown food. And while all of that may be true, there will also be baby animals that die, wild rabbits that eat your transplants, and raccoons that eat your chickens. If that’s too depressing to think about, then maybe homesteading isn’t for you.

If you are homesteading already, what are some of the hard decisions that you’ve had to make? Share your stories in the comment section below.

20 thoughts on “Making the hard decisions”

Thrifty Homesteader is a participant in the Amazon Services LLC Associates Program, an affiliate advertising program designed to provide a means for sites to earn advertising fees by advertising and linking to amazon.com. You pay the same price when you purchase through affiliate links as you would if you went directly to Amazon, and our site earns a small commission, so by shopping through our links, you are helping to support our blog so that we can continue to provide you with free content.
317 shares
317 shares