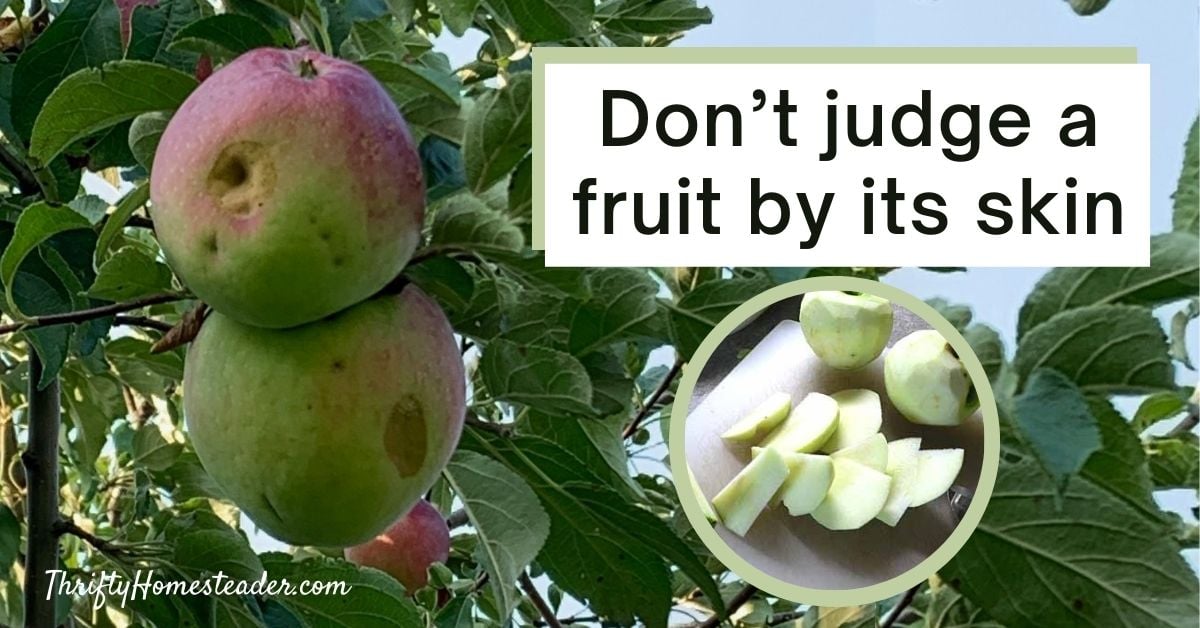 When growing your own fruits and vegetables, you need to forget a few things that you’ve been doing in supermarkets your entire life. One of those things is eschewing any produce that looks imperfect. I totally understand that you don’t want to buy anything that looks like it might not be edible. Neither do I. But when something is growing in your yard or garden, you owe it to yourself to cut it open before making the decision to feed it to the chickens, worms, compost bin, or yourself.

Illinois has a pretty short growing season for anyone who wants to grow melons, and many home gardeners don’t even try. But it is so rewarding to have your own fresh melons, so every few years, I give it a go. This year is one of those years. The melons were growing like weeds until the bugs attacked. Most of the vines are now dead, and the melons are not pretty, but they are tasty.

Who would have thought that this — 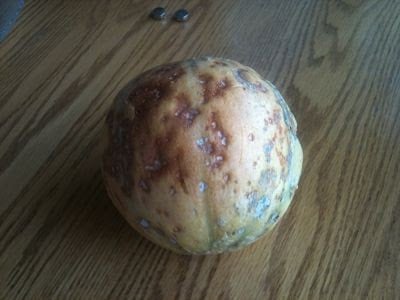 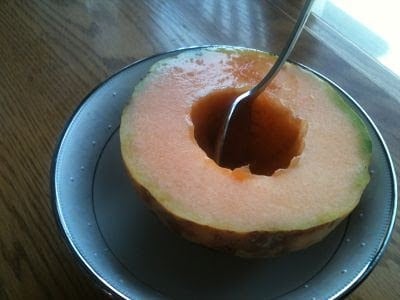 Not me! I fed two of my Charantais melons to the pigs before realizing what a mistake I was making! Well, no more! Now I’m cutting open every melon before making the decision about who gets to eat it.

This is really not new to me though. Our apples always look like this — 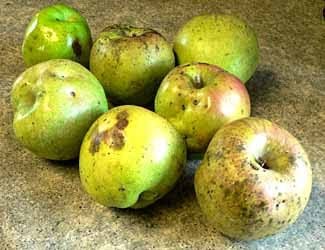 but on the inside, they’re perfect! 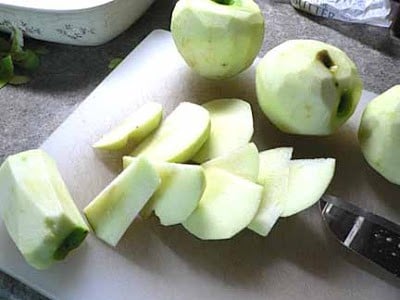 And they make delicious apple crisp, apple preserves, caramel apple butter, and . . . you get the idea!

Lots of people assume their homegrown fruit isn’t edible because it doesn’t look as pretty as the fruit in the store. I know, I used to be one of those people. But the fruit in the store looks so perfect because it has had lots of pesticides sprayed on it to keep the bugs away, and it is often waxed to be shiny and picture perfect. So before you decide that your homegrown fruit isn’t edible, cut it open and give it a chance. You could be missing out on bushels of fresh, organic, free fruit! 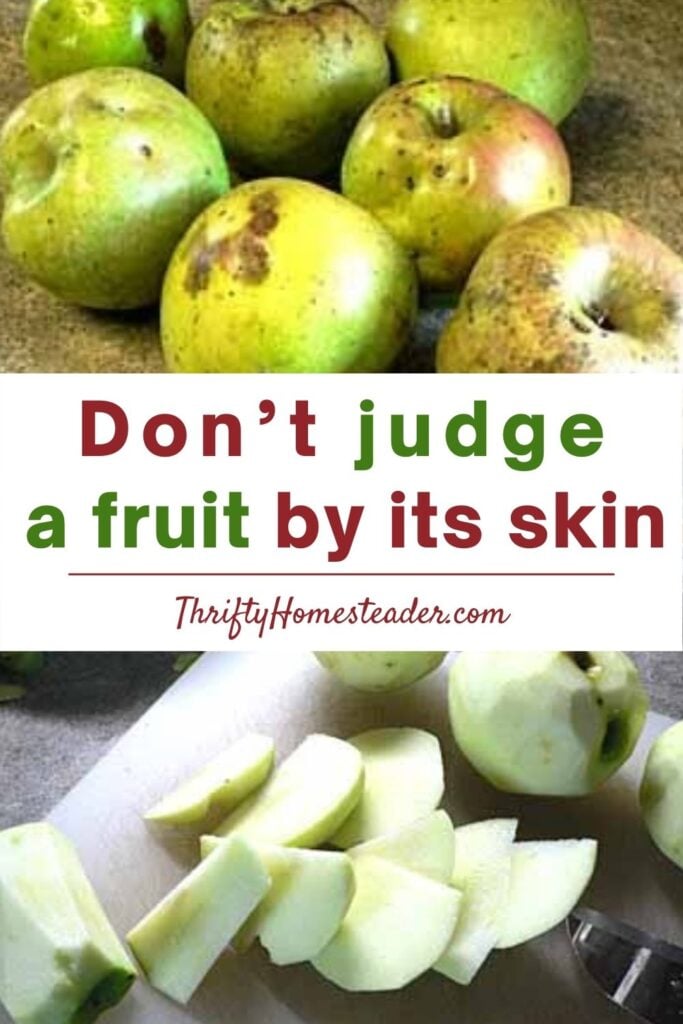 4 thoughts on “Don’t judge a fruit by its skin”

Thrifty Homesteader is a participant in the Amazon Services LLC Associates Program, an affiliate advertising program designed to provide a means for sites to earn advertising fees by advertising and linking to amazon.com. You pay the same price when you purchase through affiliate links as you would if you went directly to Amazon, and our site earns a small commission, so by shopping through our links, you are helping to support our blog so that we can continue to provide you with free content.
440 shares
440 shares