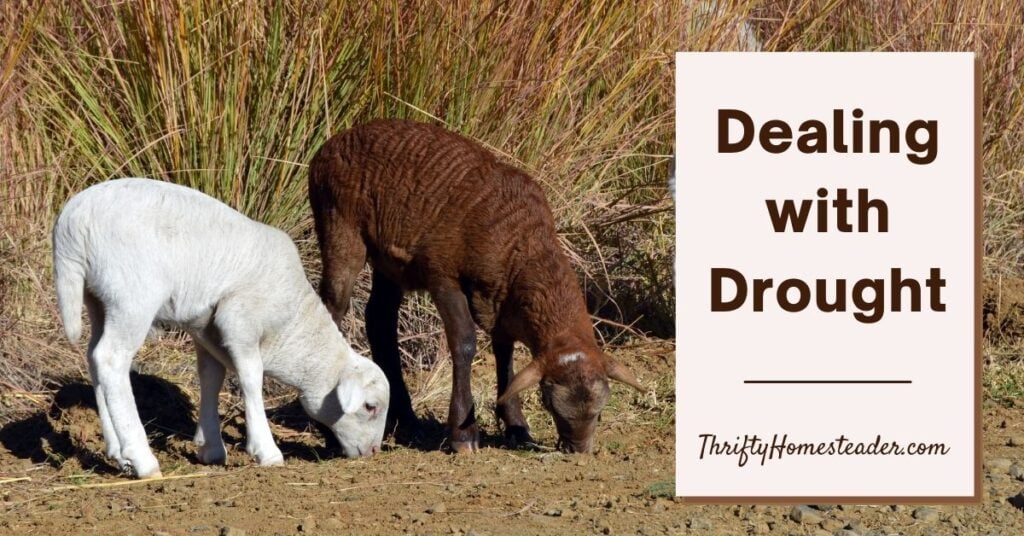 I first wrote this post in 2012 when more than half of the United States was in a drought, including our farm in Illinois. I recalled hearing about people in Texas who were selling off their herds at rock bottom prices in 2011 because they had no water, no pasture, no hay, and no grain.

And my heart was really breaking as I watched the Facebook feeds when the wildfires started and people were trying to evacuate farms back in 2012. Sadly, this is becoming a common occurrence.

I was speaking at a conference in California city in 2019 when it was evacuated due to wildfires. When I arrived at the hotel two days earlier, it had no electricity due to rolling blackouts. We had no electricity during most of the conference, and then in the last couple of hours on Saturday afternoon, we got the word that the city was being evacuated. It was heart breaking to drive to Sacramento and see livestock trailers of evacuees heading down the highway. I kept thinking that I hoped they had been able to get all of their livestock into the trailer.

Even now I get choked up thinking about it and wondering what I would do if faced with a similar situation. And although it seemed like a remote possibility a decade ago here, it seems more probable for all of us, especially for those with no rain for weeks and months whose pastures now look like dried up deserts.

I certainly don’t have all the answer and am hoping that some of you have suggestions for dealing with this situation, which is becoming a new normal. This is what it looked like in 2012, according to the Drought Monitor, and this is what it is looking like now.

Tips for dealing with drought in the garden

Tips for dealing with drought and livestock

If you have other suggestions — including things that have or have not worked for you — don’t hesitate to share in the comment section! We’re all in this together! 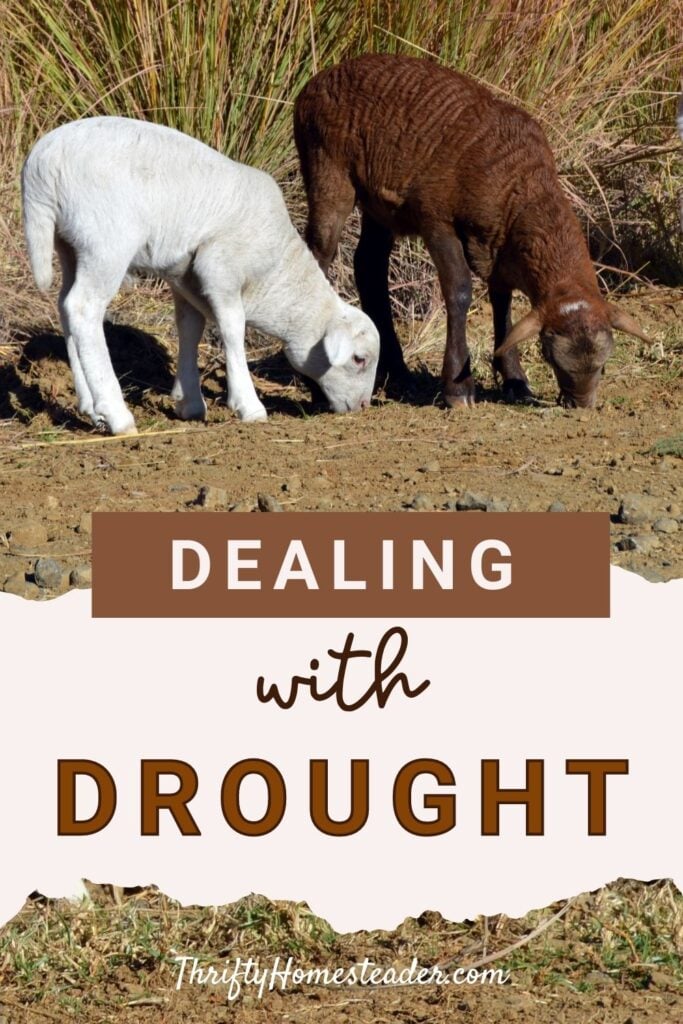 3 thoughts on “Dealing with drought”

Thrifty Homesteader is a participant in the Amazon Services LLC Associates Program, an affiliate advertising program designed to provide a means for sites to earn advertising fees by advertising and linking to amazon.com. You pay the same price when you purchase through affiliate links as you would if you went directly to Amazon, and our site earns a small commission, so by shopping through our links, you are helping to support our blog so that we can continue to provide you with free content.
194 shares
194 shares