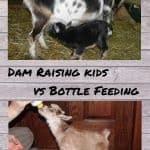 The decision to dam raise or to bottle raise kids needs to be made before the kids are born. There has been a bias towards bottle raising baby dairy animals for the past few decades as factory farms took over the dairy industry. When you have thousands of cows in a dairy, it is impossible to socialize them if they are dam raised. Dairies want as much milk as possible from the cows, which they can do if they milk them and ration the milk given to the calves, selling the excess milk and increasing profits. In spite of the fact that our goat website includes milk records and clearly states that our kids are dam raised, I still get questions every year such as “Can you milk a doe if she was dam raised?” I always point out that people were milking cows, goats, and sheep for thousands of years before bottles were invented. An old-time farmer will laugh at the idea of bottle raising kids. It is a modern misconception that dam raised kids are inevitably wild.

Like most animals, goats will be wild without plenty of human contact as babies. A litter of kittens found in the woods or in a secluded part of a barn will be as wild as lions. Goats are very much the same way. When kids are born on pasture and get little human interaction, they will be wild and difficult to handle. When handled daily, though, they will be friendly. But regardless of whether their mother or a human raises them, some kids can be incredibly stubborn. 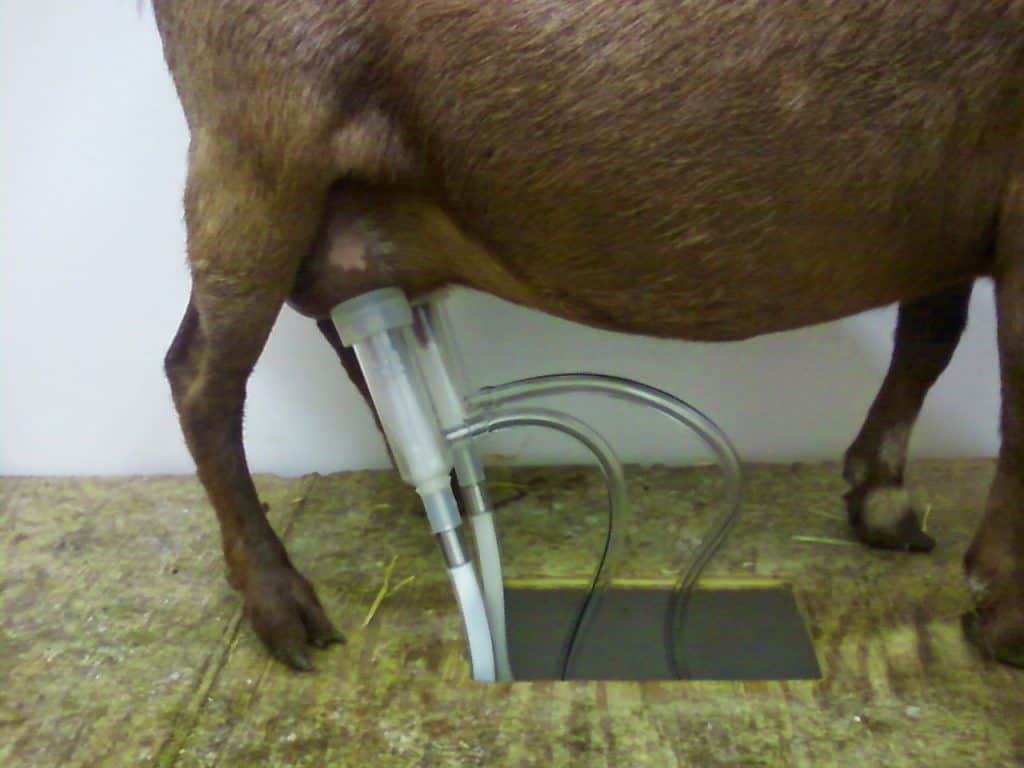 This is Part 2 in our series on issues related to kidding season. It is an excerpt from Raising Goats Naturally: The Complete Guide to Milk, Meat, and More by Deborah Niemann. Here is Part 1: Is My Goat Pregnant? and Part 2: Conducting a Newborn Check in Goat Kids.

For more information, check out Basics of Bottle Feeding Goat Kids and How many kids can a doe feed?.

14 thoughts on “Dam raised vs. the bottle: Socialization”

Thrifty Homesteader is a participant in the Amazon Services LLC Associates Program, an affiliate advertising program designed to provide a means for sites to earn advertising fees by advertising and linking to amazon.com. You pay the same price when you purchase through affiliate links as you would if you went directly to Amazon, and our site earns a small commission, so by shopping through our links, you are helping to support our blog so that we can continue to provide you with free content.
499 shares
499 shares