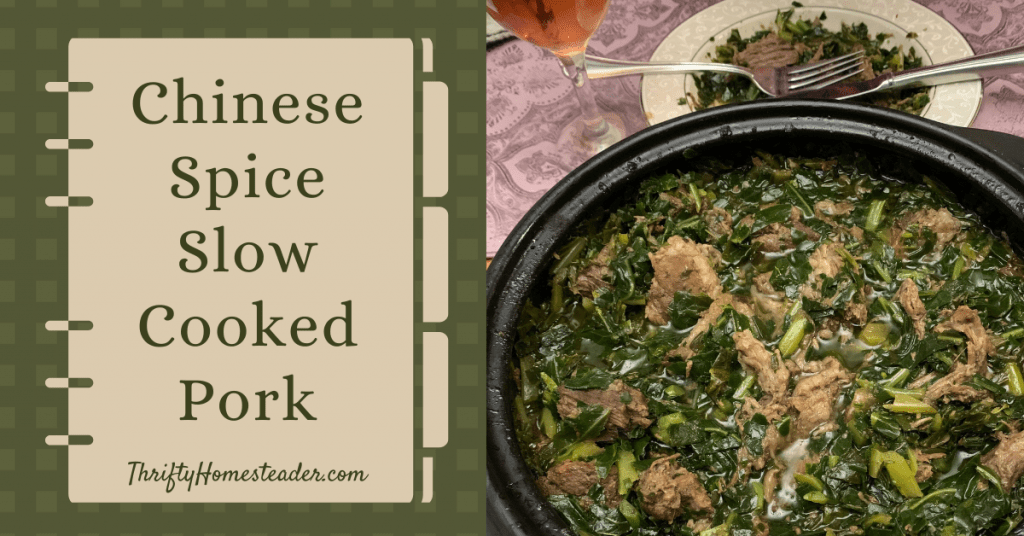 When we got our first pig butchered many years ago, I had no idea that various parts of a pig have meat with different characteristics. Some are better for cooking in one way, while others are better for cooking in other ways. I was rather horrified by all of the fat, as well as the fact that you couldn’t really slice the roast into … well, slices.

I incorrectly thought that pork shoulder meat was a total fail as roast. For several years after that, I told the locker to just grind up the shoulder roasts. Somehow I eventually learned that shoulder roasts should be used for pulled pork type treatments. That opened up a whole new world of dishes! And now pork shoulder roast is one of my favorites!

Bonus — pork shoulder roasts cook best in a slow cooker, so you can set it and forget in the afternoon when you’re going to be really busy. In fact, if you try to rush a shoulder roast and treat it like another cut of meat, you’ll be as disappointed as I was when I first cooked one.

This recipe really does not work with other roasts, such as an uncured ham roast or rump roast or any roast that is sliced. The flavors really get absorbed by the meat in this recipe because it’s not nearly as dense as other roasts. It is not done until you can pull it apart with a fork, at which point it is very tender.

The key to this recipe is the Chinese 5 Spice, which can be found in the spice section of most supermarkets. If you can’t find it, you can make your own by combining the following:

Page down for complete recipe! 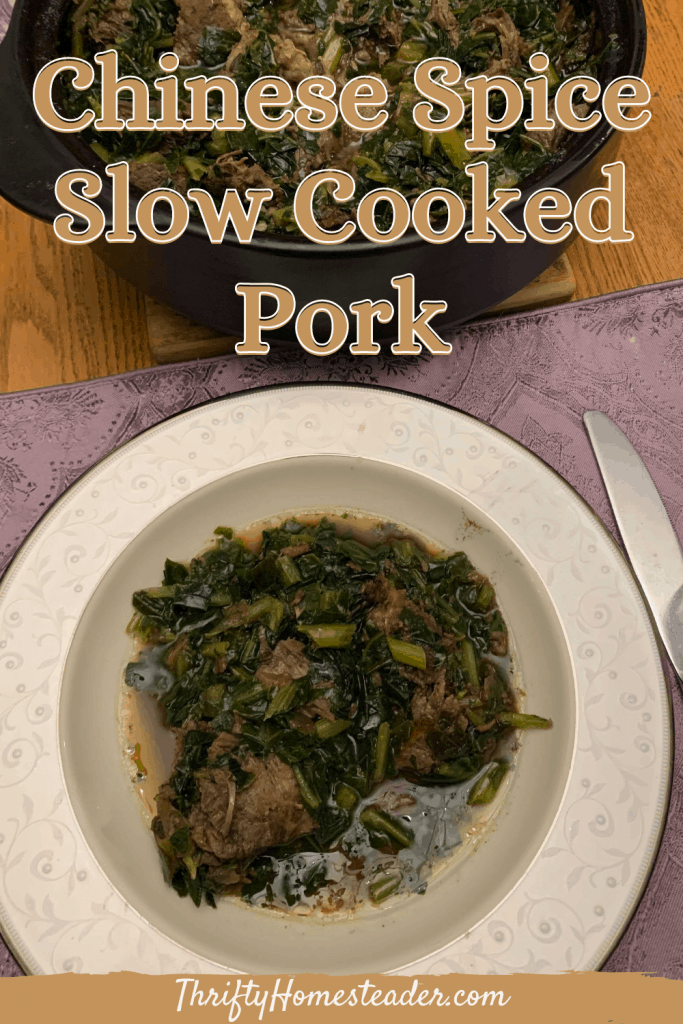 Thrifty Homesteader is a participant in the Amazon Services LLC Associates Program, an affiliate advertising program designed to provide a means for sites to earn advertising fees by advertising and linking to amazon.com. You pay the same price when you purchase through affiliate links as you would if you went directly to Amazon, and our site earns a small commission, so by shopping through our links, you are helping to support our blog so that we can continue to provide you with free content.
150 shares
150 shares