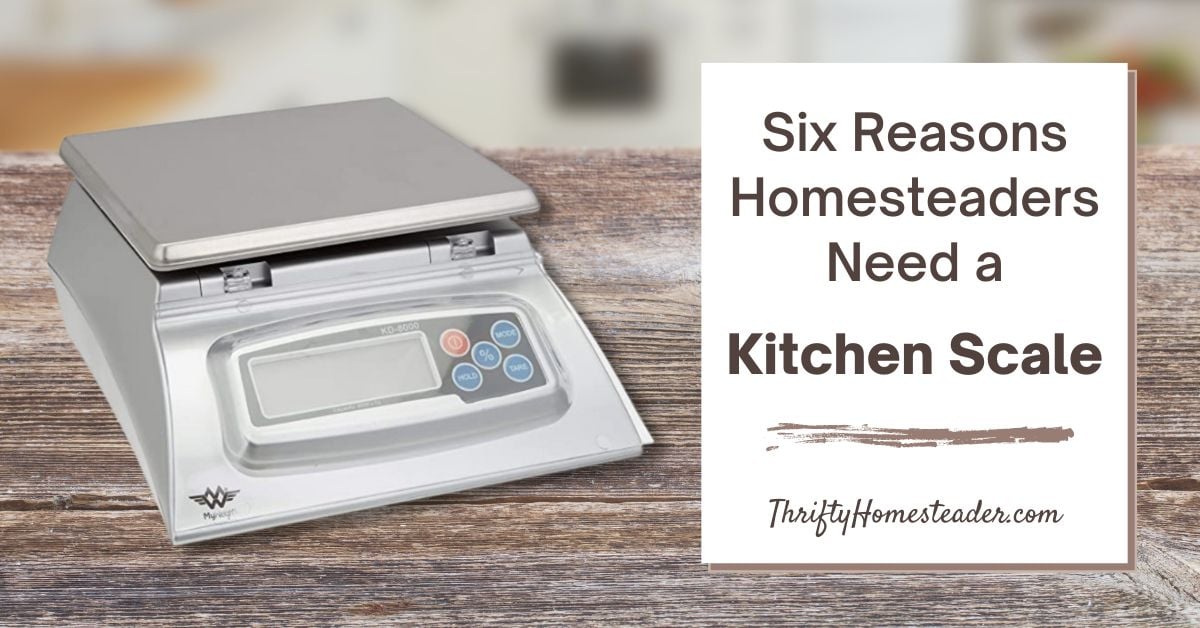 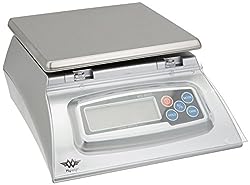 When I started reading about how to make soap, I noticed that everyone said I needed to have a digital kitchen scale. Why do I need a scale to make soap when people have been making soap for thousands of years?

Eventually, I learned that when people made soap historically, they used whatever oil was available locally, which usually meant lard or tallow in the U.S., coconut or palm oil in tropical countries, olive oil in Mediterranean countries, and so on.

When you are using only one oil, and you use the same oil every time, you know exactly how much lye you need based upon recipes and measuring devices passed down through the generations.

However, today we know about the different qualities of the oils and want to use blends with coconut for cleansing and olive for moisturizing, etc, and all oils have a slightly different saponification value, which means we need a precise way to measure the oils and lye.

So, I bought a cheap digital kitchen scale at the local discount store and have been soaping happily ever after.

Once I finally bought a digital kitchen scale, I found myself using it for a variety of uses:

Unfortunately, cheap kitchen scales don’t last! About every three to five years, I’d have to buy a new one. Most of the time they’d just die, but one time, it started weighing incorrectly, which I didn’t realized until I’d made several batches of soap. Luckily we realized the problem and were able to discard the soap so that none of it was ever sold. Whew!

I decided it was time to give up on the cheap battery-powered scales and buy a good one with a good warranty. After a bit of online searching, I discovered the KD8000 Scale by My Weight. That was several years before I wrote this post in 2015, and it’s still going strong in 2019, so it’s lasted seven or eight years now!

I don’t recommend anything unless I feel confident that it’s really good, and this scale is great. It costs about twice as much as the cheap scales that kept breaking, but it has already lasted several times longer than any of those scales, so it’s been a great investment.

You can also purchase a power supply adaptor

so that you can plug the scale into the wall and not burn through batteries. But if I need to weigh baby goats in the barn, I just unplug it and take it outside, and it runs on batteries.

Although the cheap scales only weighed up to 10 pounds, this one goes up to 17 pounds, which is especially useful when weighing fruits and vegetables.

A few years ago when I was interviewed for a magazine article in which they were asking homesteaders, “what is the one thing you think every homestead should have?” I responded, “a digital kitchen scale!” And after having a few years to ponder that question, I’d still give the same answer. 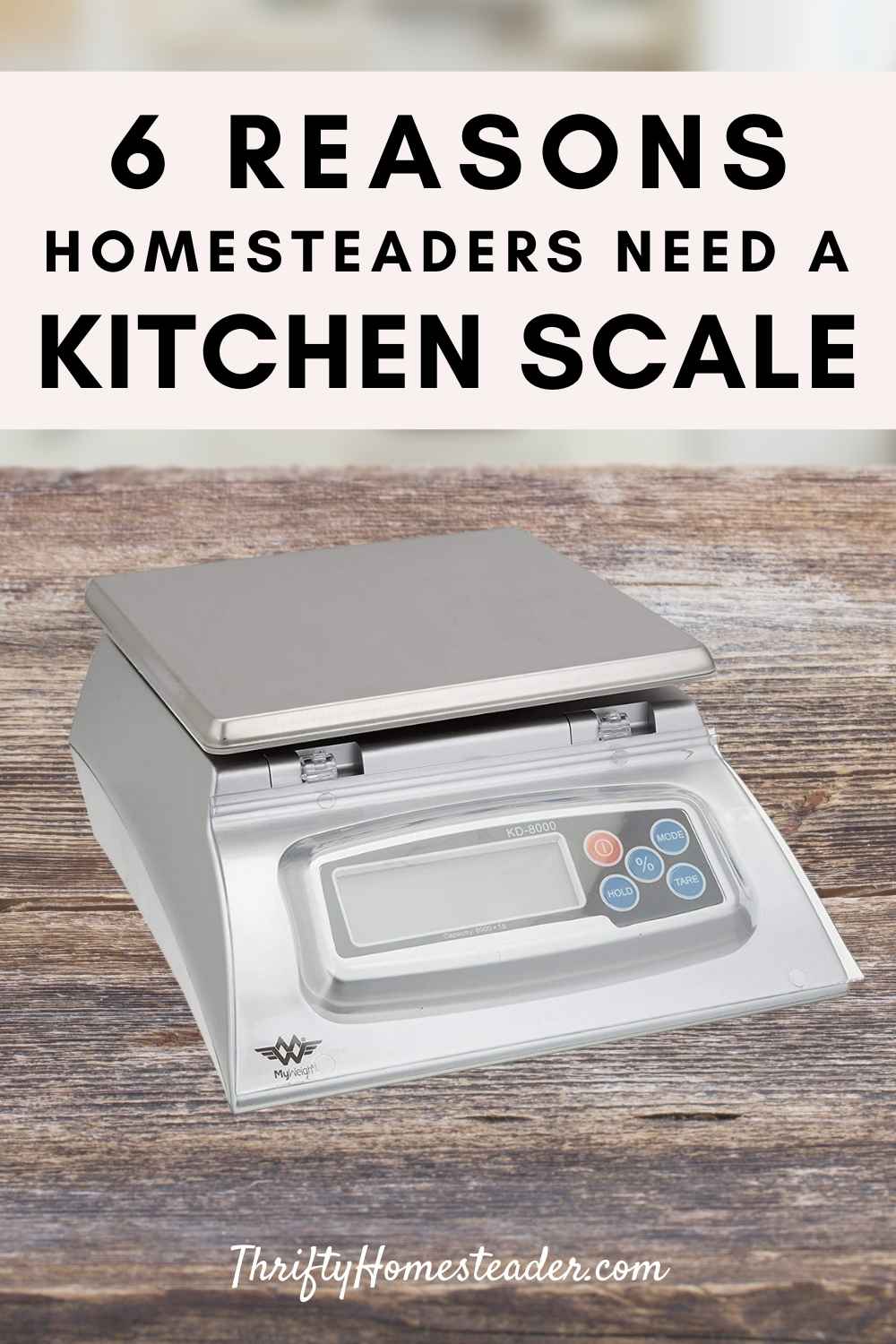 Thrifty Homesteader is a participant in the Amazon Services LLC Associates Program, an affiliate advertising program designed to provide a means for sites to earn advertising fees by advertising and linking to amazon.com. You pay the same price when you purchase through affiliate links as you would if you went directly to Amazon, and our site earns a small commission, so by shopping through our links, you are helping to support our blog so that we can continue to provide you with free content.
280 shares
280 shares