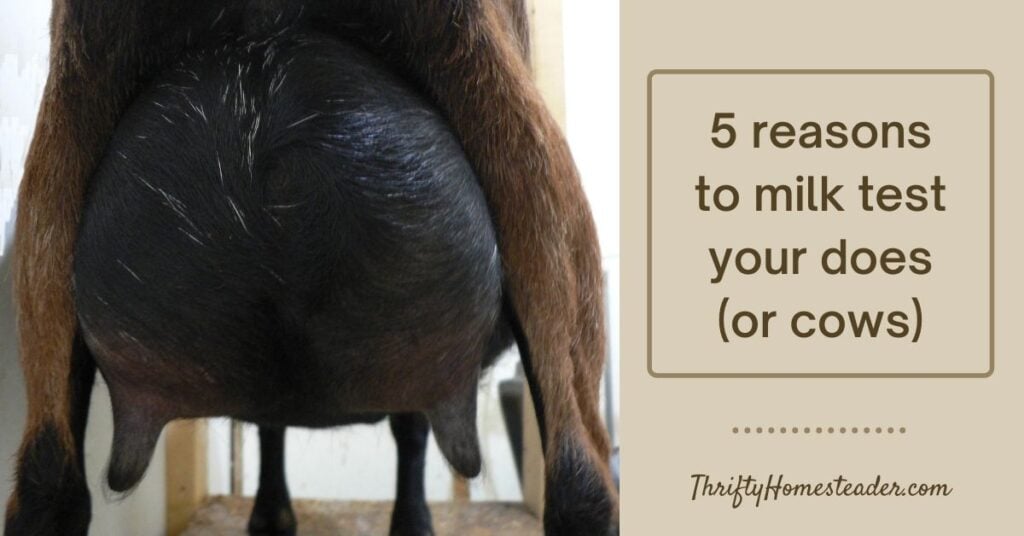 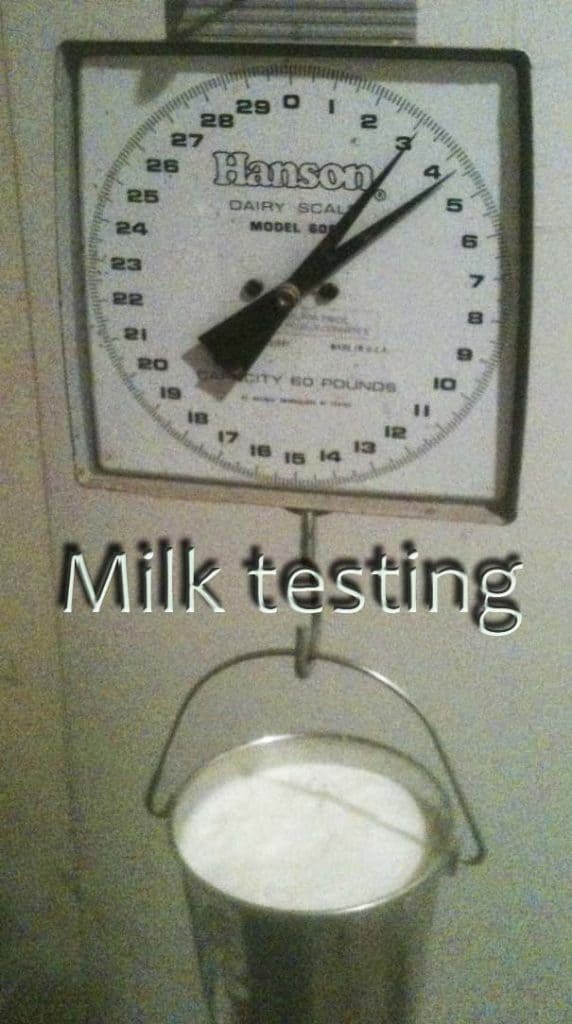 I admit that we started milk testing because my daughters wanted our does to have those fancy stars and letters after their names like *M in ADGA and *D in AGS. However, after getting started, we discovered there are many reasons to be on milk test beyond bragging rights. Now in our seventh year of milk testing, I can’t imagine managing our herd without it. Why? Basically, it allows me to compare all of our does to each other and to other goats of the same breed.

1. I know how every doe’s production compares to other does. No guessing when it comes to deciding which does to sell for low production. Having this is invaluable, as I am often surprised when I look at the totals.

2. I know how much butterfat each doe is producing. If you make cheese, it is great to have this information because higher butterfat means better cheese yield. Unless you send your milk to a lab, you have no way of knowing which does have the best butterfat production. Not only do I get monthly butterfat production numbers, but I can also see their average butterfat over the course of their lactation — and it requires no math on my part! Again, I am sometimes surprised to see which doe has the highest average butterfat. It is not always the one that has the highest butterfat peak.

3. I know if a doe has a sub-clinical case of mastitis. Every sample of milk is tested for somatic cell count, which is an early indicator of mastitis. In many cases, a doe’s SCC will go up before she gets clinical symptoms of mastitis such as a hard, hot udder. When we can catch a mild case of mastitis, I prefer to try alternative treatments such as peppermint oil on the udder, whereas I tend to panic and reach for the antibiotics once a doe has obvious symptoms.

4. I can see a doe’s mature equivalency, which is her projected total for a 305-day lactation. Although it isn’t always 100% accurate, it gives you a good idea of whether or not a goat’s complete lactation will be respectable or extraordinary or in the culling category.

This is Part I in a series on DHI 305-day milk testing. Here is Part II: 5 Steps to Getting Started with Milk Testing. Although we have a herd of dairy goats, this information also applies to cows. 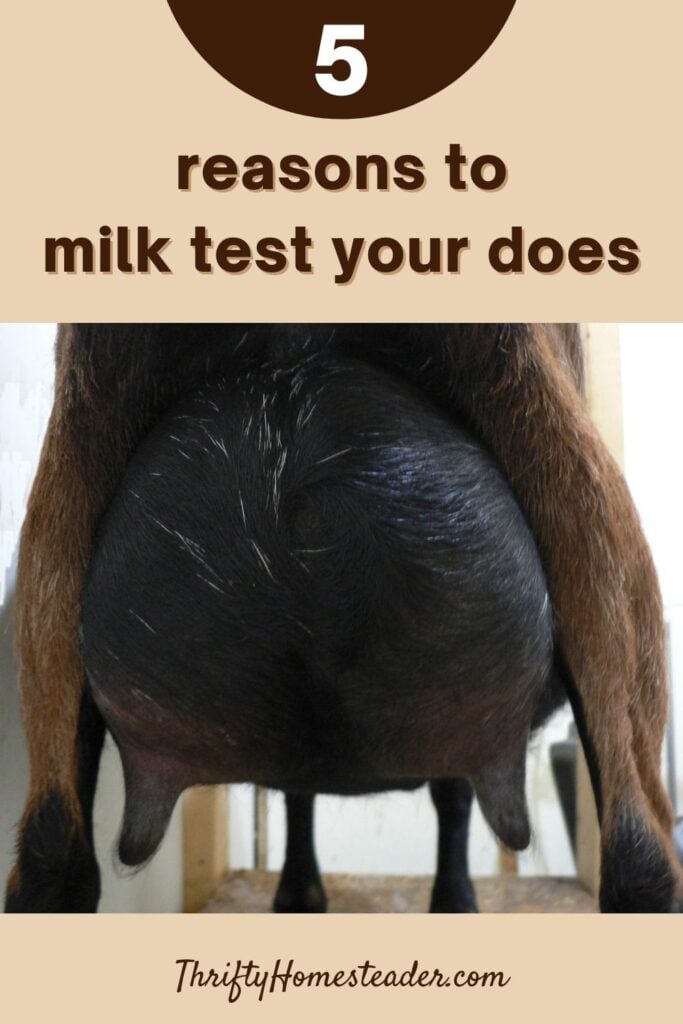 Thrifty Homesteader is a participant in the Amazon Services LLC Associates Program, an affiliate advertising program designed to provide a means for sites to earn advertising fees by advertising and linking to amazon.com. You pay the same price when you purchase through affiliate links as you would if you went directly to Amazon, and our site earns a small commission, so by shopping through our links, you are helping to support our blog so that we can continue to provide you with free content.
411 shares
411 shares