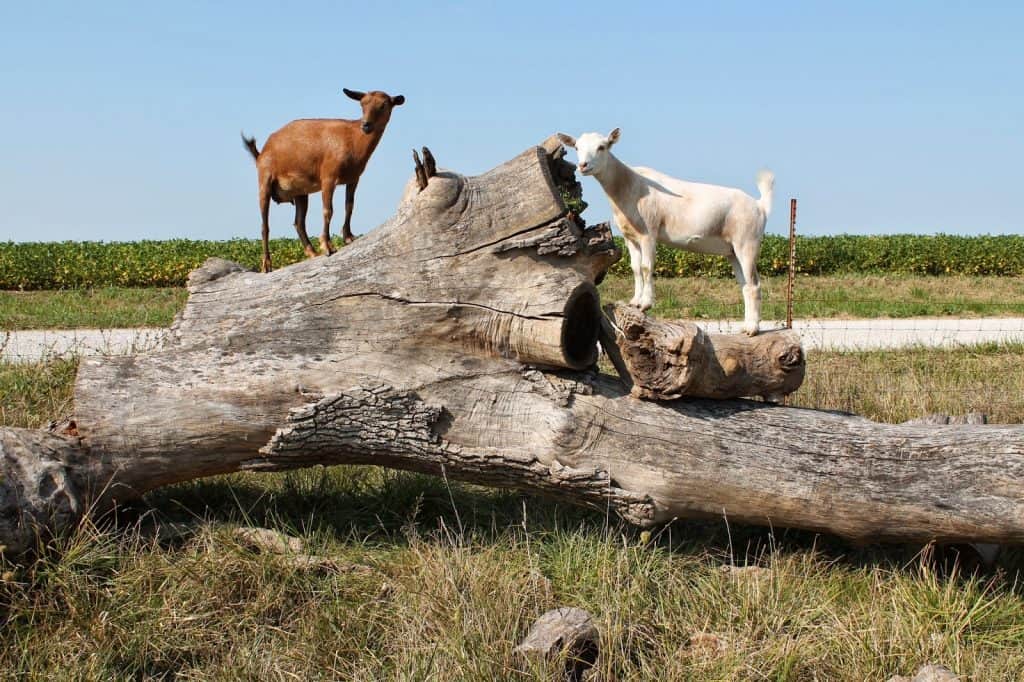 Remember that goats are herd animals, which means you need to have at least two so that they have a friend who speaks the same language. Keeping them with a pig, sheep, or horse is not the same. Pigs communicate by biting and horses by kicking. Although it may appear that goats and sheep speak a similar language, they don’t. Sheep run at each other with their heads down to butt heads and establish dominance, whereas goats rear up on their hind legs and come down to butt heads.

Buying a single goat is asking for trouble. I have received plenty of phone calls from people who bought a single goat and then frantically searched for another one. A lonely goat will be the world’s best escape artist because it is looking for a friend. One woman said her goat wanted to live on her front porch, which meant it was hard to keep the poop and pee cleaned off. Another said her goat would jump on her car and dance around. One caller was terribly afraid that her horse was going to kill her goat. In spite of the fact that the horse kept kicking at it, the goat kept sneaking into the horse’s pasture for company.

Although there may be solo goat success stories, it isn’t worth it to try. Goats do not unlearn bad behavior. Once a goat starts doing something, it will likely teach the trick to its new friend when you bring in another goat. There is simply no reason to buy a single goat. It takes just as much time to care for one goat as three or four, and most reputable goat breeders refuse to sell single goats to homes where there are not already other goat friends.

1 thought on “One is the loneliest number”

Thrifty Homesteader is a participant in the Amazon Services LLC Associates Program, an affiliate advertising program designed to provide a means for sites to earn advertising fees by advertising and linking to amazon.com. You pay the same price when you purchase through affiliate links as you would if you went directly to Amazon, and our site earns a small commission, so by shopping through our links, you are helping to support our blog so that we can continue to provide you with free content.
33 shares
33 shares