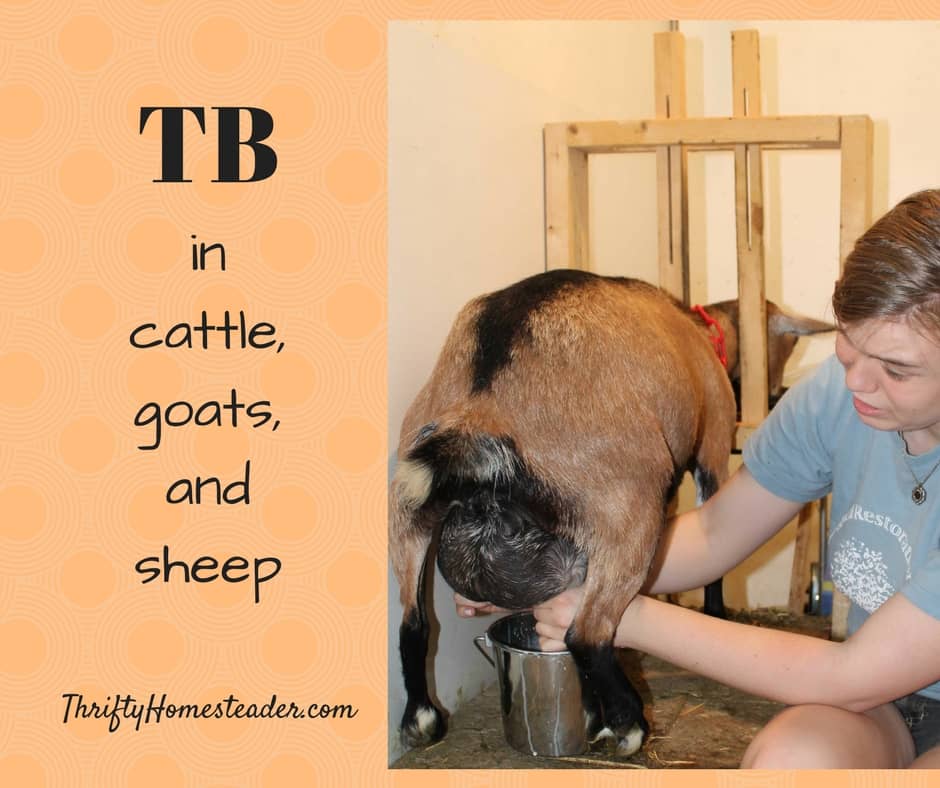 If you are raising any type of animal for dairy, it’s a good idea to know their tuberculosis status. TB is a zoonotic disease, which means animals can transmit it to humans.

Although most states are TB-free, the disease does still pop up sometimes in random slaughterhouse testing or in routine herd testing, mostly in cattle, and it is spreading. When I got my first goats in 2002, only Texas and Michigan had reported cases of TB, and that was the case for many years.  In the past year, TB has been found in cattle in Texas, New Mexico, South Dakota, Michigan, and Indiana. (Note that when you click on that link, the first page is the brucellosis report. Page down for the TB map.)

There is a skin test for TB in cattle, which has been used in sheep and goats because they don’t have their own validated test. The rate of false positives (negative animals testing positive) in cattle is 2%, but no one knows what the corresponding rate is in sheep and goats because so few of them have been officially tested, according to Charles Gaiser, DVM, MPH, ACVPM of the USDA, who spoke at the American Dairy Goat Association Conference last month.

Why test cattle, goats, and sheep for TB?

The USDA has a website where they post monthly reports, so you can stay up-to-date on the TB status of your state.