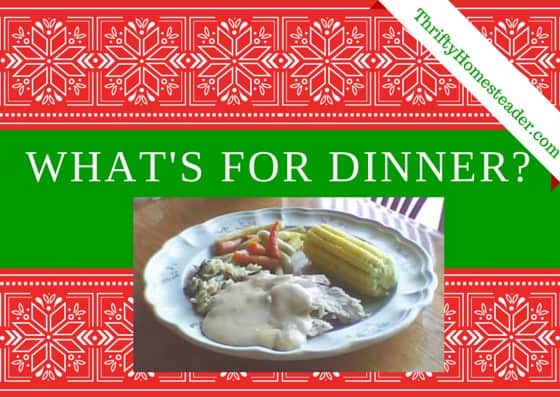 We all have our traditional Christmas dinner – usually it involves turkey or ham, mashed potatoes, and lots of sweets. Even though the menu for Christmas is less set in stone than Thanksgiving, people have similar meals. However, that is not so across the world. There are some very interesting – and less than appetizing – Christmas meal traditions upheld in other countries. Here are the top five that seemed most intriguing to us.

In Japan, people eat KFC for Christmas dinner. Yes, you did read that correctly. Kentucky Fried Chicken is the main dish for Japanese people during the holiday. Today I Found Out tells us that this tradition came about due to a huge advertising campaign done in 1974. KFC’s “Kentucky for Christmas!” ad was extremely successful and is the main reason you will see people lined up outside KFCs in Japan – some people even call ahead and order their chicken months before Christmas!

The Polish people have 12 different dishes. According to Food Reference, each one represents a month of the year. Many of the dishes include fish of some sort, but are otherwise meatless. They eat Polish dumplings, various vegetables, and fish soup. If you want to try something different his holiday season, you could try a traditional Polish dish — or twelve.

In 2010, Burger Kings in the United Kingdom served the “Sprout Surprise Whopper” around the holidays. It was a typical Whopper topped with Brussel sprouts and emmental cheese. The typical Christmas dinner in the UK does include Brussel sprouts, so perhaps Burger King was just trying to make the holiday easier for the cooks in the family. Needless to say, Food Reference tells us that the “Sprout Surprise Whopper” did not show up again on the menu in 2011.

In their Christmas celebrations, the people of South Africa follow many British traditions, being a former British colony. However, some people partake in caterpillars. According to the Sunday Times, they deep-fry Emperor Moth caterpillars as part of the festivities of Christmas Day. Although it might be interesting to see what your guests say if there are deep-fried caterpillars on your table, you’d probably have trouble finding them at your local grocery store.

The people of Greenland have some very intriguing dishes served at their Christmas dinner according to Sunday Times. Mattak, part of a traditional holiday meal, is a mix of raw whale skin served with a side of blubber. Greenlanders also dig into kiviak, which is a Christmas dish made of auk birds that are placed inside the skin of a seal and left to ferment to seven months.

As you celebrate the holidays this year, you can reflect on the diversity that exists around the world. It can be easy to focus on your tradition as the only one out there, but there are a multitude of cultures celebrating Christmas throughout the world.