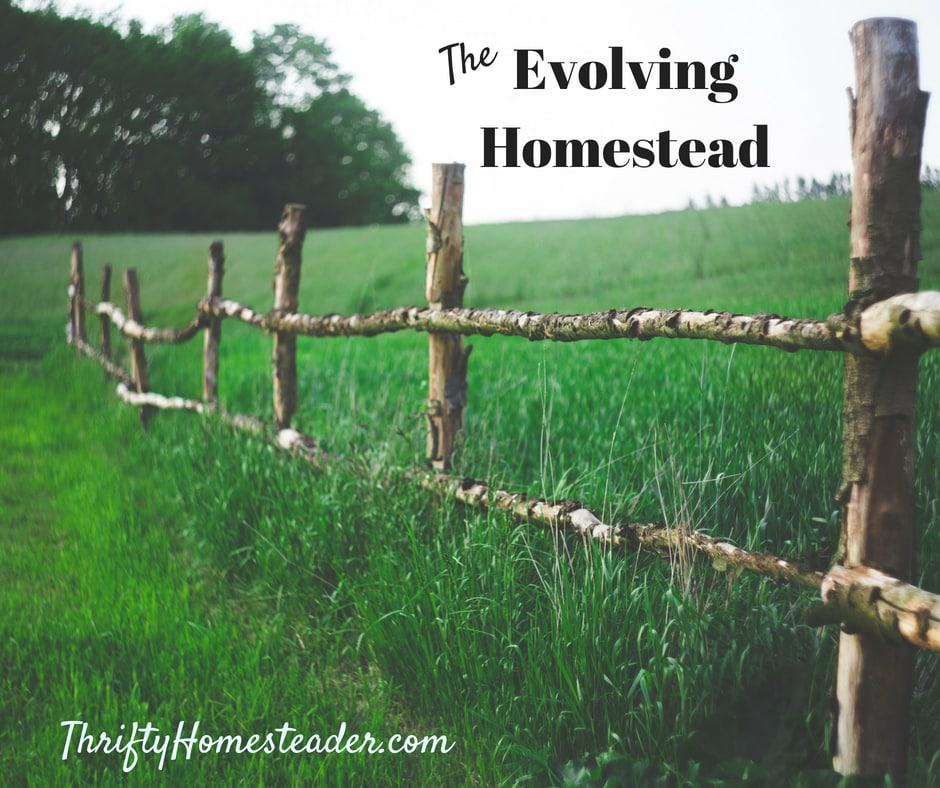 When we started our homestead in 2002, we had three children, ages 9, 12, and 14. They’ve grown up, gone to college, and started their own lives now. A lot of people have asked me if I’m disappointed that they left the homestead, but the reality is that this is a homestead, not a big commercial farm.

We have a three bedroom house, and we don’t make a full-time income from the farm, so it can’t sustain five adults plus spouses for the children in the future. So, it makes sense that they’ve moved on. Both of my daughters, however, have a goal of starting their own homestead someday once they are geographically settled.

This was not something we thought about in 2002 when we were getting started. Back then when people looked at our homestead and would say, “That’s a lot of work!” I’d respond that it wasn’t really because there were five of us. It amounted to about 45 minutes to an hour of chores, morning and evening for each person. That was totally doable.

But as each child moved away, the chores remained the same. When there is only one person to do chores, that adds up to six to eight hours of chores for that person. And that’s just daily chores. That doesn’t include things like mending fences or trimming goat hooves or canning tomatoes. I also learned quickly that canning tomatoes is a lot more fun when three people are working as a team rather than when one person is stuck in a hot kitchen alone.

So, my husband and I have been working to reduce the number of animals on our homestead. Having 22 milk goats meant that the pigs were getting a lot of milk because there was no way that we could consume that much milk, yogurt, cheese, or other dairy products. And milking to feed pigs is simply not fun. Our goal is to get down to only six milkers, which is admittedly not easy because we are really attached to most of them.

We also realized that we don’t need to be raising 20 pigs per year, so we now have only one breeding pair of hogs, which we plan to breed once a year. We still have seven ewes, but since the sheep are grassfed, they don’t require much time. And we still have about 80 egg-laying hens, so we can raise as many new chicks as we want for meat and replacement layers. We are gradually reducing our workload, but it is a challenge, and I only wish we would have planned better.

I recently talked to a couple of homesteading authors about this issue, and here is some of their advice.

Bryan Welch, writer, entrepreneur, and former publisher of Mother Earth News, and his wife planned to keep their homestead manageable for only two people from the beginning. “We chose to raise livestock on grass because it’s a natural arrangement that intrinsically requires the least labor. Automatic waterers in every pasture mean our only daily chore is looking at the animals to make sure nothing has gone wrong. We feed big round bales because they minimize the frequency of feeding. We raise a garden but don’t sell vegetables. Raising vegetables commercially is very labor intensive. Dairy operations are probably the most labor-intensive of all homestead activities, and they prevent the homesteaders from getting away. We don’t milk anything.”

“Perhaps most importantly, we committed ourselves from the start to raising animals in the most natural way possible and breeding for self-reliance by minimizing veterinary interventions. We don’t help with calving. We don’t help with lambing. Our mortality rates at lambing and calving are lower than national industrial averages. We don’t treat for parasites. We don’t treat for pinkeye,” Bryan explains. “Yes, we’ve had years when each of those has been a problem and we’ve had to cull aggressively, but in subsequent years the problems have abated. We believe that’s due to breeding. If you use medicine to prevent these conditions, you naturally breed animals that don’t have good resistance. If you assist with births, you breed to have difficult births. If you bottle-feed, you breed bad moms.”

Victoria Miller, author of Pure Poultry, Craft Distilling, and From No-Knead to Sourdough, also says that planning is key. “We can’t anticipate every possible thing that might happen or change along the way, but we know we’re going to get older. We know the kids are going to grow up and probably move away at some point. Of course, everyone’s situation is different, so no one plan or way of organizing will work for everyone. I think it’s important to sit down as a family and discuss it, before you start and periodically as time goes on. For example, you might be assuming that your spouse or partner has the same dreams and goals that you do, and you might be right. But allow for the possibility — probability, even — that things may change along the way. It’s easy to keep going on as we’ve been doing, not wanting to disappoint someone; to let go of one’s dreams because of financial reality, physical issues, or being just plain tired can make you feel like you’re failing. But you have to be realistic.”

“Many people focus on raising animals and/or crops to sell, and never discuss the reality of financial stress of relying on seasonal income that has to last all year,” Victoria says. “Be honest with yourself, and your family. Talk to each other, and really listen to each other’s needs. And if possible, seek advice from friends who have been there.”