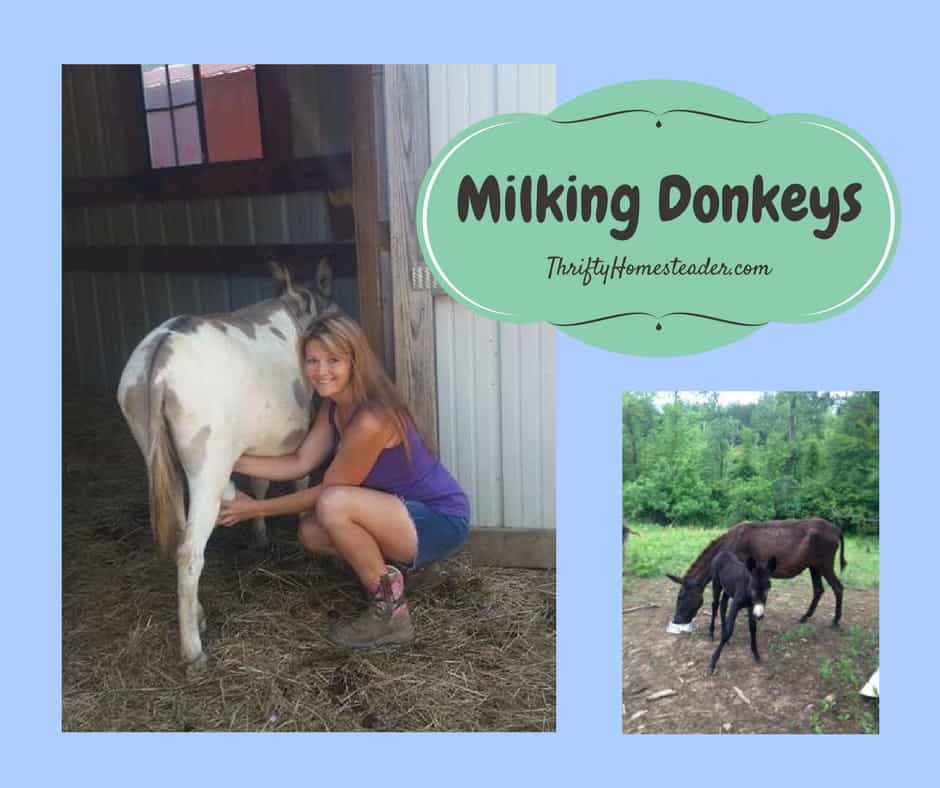 For those with food sensitivities who are unable to drink cow, goat, or sheep milk, there are other alternatives. In addition to milking her East Friesian sheep, Angelia Silvera of Gods Blessing Farm in Niota, Tennessee, started milking donkeys more than a year ago because of her health problems.

“Donkey milk has healed my stomach and digestive issues, and cured food allergies so I can eat many foods I thought I’d never enjoy again,” she explains. She originally bought donkeys as guardians for her poultry, and then she ran across information online about milking them. She had two pregnant jennies, and after they had their babies, she started milking them. She now has five jennies and a jack for breeding.

Since donkeys have not been selectively bred as milk producers, they don’t produce a lot. Standard size and mammoth donkeys give about a quart a day, with miniature donkeys producing less. However, “with careful and creative management I was even able to get a quart a day from my 40-inch, small standard jenny.” They can maintain lactation for eight months to a year.

Angelia has milked sheep and goats in the past and said that their teats are similar. Miniature donkey teats are about the same size as Nigerian dwarf goats, and the standard and mammoth donkeys have teats more like the standard sized goats.

Although donkey milk has too little casein in it to be used for making cheese, it can be used in cooking and to make soap.

In addition to using donkeys for milk and as livestock guardians, they can also be used for riding or pulling a cart or farm implements, making them a multi-purpose addition to the homestead.

Angelia also happens to be one of the presenters at the HomeGrown Food Summit where she’ll give you more details about how she milks her donkeys and uses their milk!

Thrifty Homesteader is a participant in the Amazon Services LLC Associates Program, an affiliate advertising program designed to provide a means for sites to earn advertising fees by advertising and linking to amazon.com. You pay the same price when you purchase through affiliate links as you would if you went directly to Amazon, and our site earns a small commission, so by shopping through our links, you are helping to support our blog so that we can continue to provide you with free content.
481 shares
481 shares