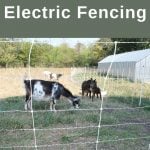 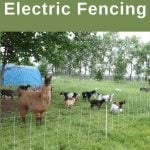 Episode 10
For the Love of Goats 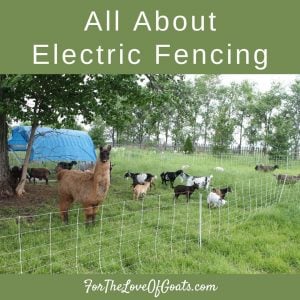 If you own goats, you only get one chance to get fencing right. One of the first things I learned about goats was that they were too smart for me to use a sub-standard fencing option. When we brought home our first goats, we thought that the existing single-wire electric fencing that had been installed for the former horse farm would be fine for our goats. I just went to the local farm store and bought a charger that said it would electrify up to 10 miles of fencing. That sounded like it would be more than enough for our little pasture. But we quickly learned that horses and goats have very different needs in terms of fencing!

When people say that goats are hard to keep fenced in, that’s because they’re not using the right kind of fencing. Any animal is hard to keep fenced in if you use the wrong kind of fencing. Unfortunately, by the time we realized that horse fencing didn’t work for goats, it was too late. The goats had learned that they would just get a little shock as they slipped between the wires that had been placed a foot apart. We tried moving the wires closer together, but that didn’t stop them. Ultimately we realized that woven wire would work best for a perimeter fence, and then we could sub-divide pastures with electric netting.

In this episode I’m talking to Joe Putnam of Premier 1 Supplies, the company that  makes my favorite brand of electric fencing. I’ve been using it since at least 2004 or so. He talks about everything you need to know to get your fencing right — the first time. We’re talking about pulse, joules, volts, amps, and ohms, as well as energizers, conductors, and insulators. This information will be helpful to anyone who wants to use electric fencing, regardless of whether or not it’s from Premier 1.

You know I always say that I made all the mistakes so you don’t have to. Well, I thought it happened again as I was talking to Joe because he talked about how many electric netting panels you should hook up to a fence charger. I was afraid we were using too many. However, after the interview, I checked my chargers and was happy to discover that we have one that’s strong enough to be able to hook up as many as 15 rolls of the sheep and goat netting or 7 rolls of poultry netting. I learned a lot more than I was expecting in this podcast! 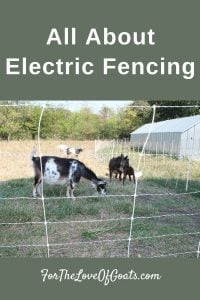