Today we are chatting with Victoria Miller, author of Craft Distilling: Making Liquor Legally at Home. 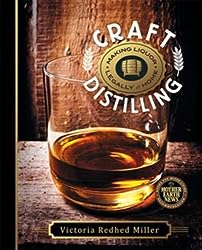 Thrifty Homesteader: Why did you decide to write a book about distilling?

Victoria Miller: At first it was because when I applied for a distilling license, I could find very little written about the licensing process and really wanted information. Then, I happened to mention to my editor that I had applied for the license, and she suggested I should write a book on the subject of distilling.

TH: How did you learn to distil liquor? Is it challenging?

V: It was very challenging. In fact, as I wrote in the book, when I first was researching the subject, I thought I was never going to understand it. It seemed impossibly complicated. But I kept at it and eventually got to a point of feeling I understood it well enough to have a go at it. I learned first by doing a lot of reading, and then, as with so many things in life, the rest I simply learned by experience and a lot of practice.

“I learned first by doing a lot of reading, and then, as with so many things in life, the rest I simply learned by experience and a lot of practice.”

TH: Did you build your own still or buy it? 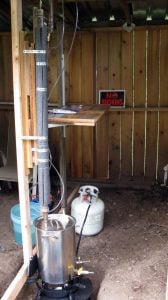 V: I built my still. I already had a good stainless-steel stockpot I thought I could use for the boiling pot, and a good book with a plan for a hobby-size still. I had to modify the plans somewhat, as it was based on an electric hot-water heater as the boiling pot, and I have no electricity at the stillhouse. Part of my motivation for building my own was my assumption that the process of putting the still together piece by piece would add to my understanding of how the thing worked, and I do think that turned out to be the case. Also, since I had limited space for the still, I was able to choose a size that would work for me.

TH: Even though it’s perfectly legal for people to make their own beer and wine, I was surprised to learn that’s not the case with hard liquor. Can you explain the legal status of distilling liquor at home?

V: Sure. It is currently illegal to distil liquor without both a state license and a federal permit. Many people believe this doesn’t apply to hobbyists making liquor only for their own consumption, but this is not true. (Missouri law allows some unlicensed production of distilled liquor, but the federal permit is still required.) The conundrum is that, while a license is required, there is actually no way (under current law) for a private individual to obtain these permits; the law is totally biased toward commercial distillers. However, there is currently a bill in the Senate (S. 1562) which was introduced in June 2015 and is now in committee, that, when passed, will allow limited home or hobby distillation without a license.

TH: What kind of an investment does it take to get started distilling? 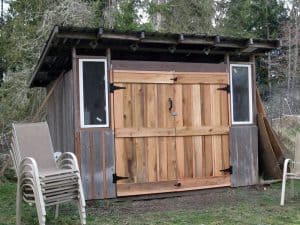 V: Well, many hobby distillers are already making beer and/or wine at home, so they usually have all the necessary mashing and fermenting equipment. In that case, mainly what they need in addition is the still. If you’re starting from scratch, you’ll need the still, a large pot for mashing grains, fermenting buckets, and a list of smaller things like thermometers, an alcohol refractometer, at least one hydrometer, etc. (A complete list is in the book.) Hobby-sized stills can run from several hundred dollars on up, depending on the size, the source, and various optional equipment. I would say, if you’re starting from scratch, a good estimate on the initial investment is $700-800.

TH: Were there any mistake you made that you’d like to share so that our readers don’t have to repeat that?

“One thing I highly recommend, which will help minimize distilling-related mistakes, is to keep detailed notes of every distilling run.”

V: Oh yes, I made plenty of mistakes. One thing I highly recommend, which will help minimize distilling-related mistakes, is to keep detailed notes of every distilling run. One of the most common mistakes I made in the early going was not accurately separating the different components during the distilling process. This can be tricky with small batches because things happen pretty quickly when distilling. What I learned was that, even if you mess up on the timing, usually the worst that happens is you put the stuff back in the boiling pot and start over. I honestly think most of the mistakes I made had to do with being impatient and trying to rush things. I certainly recommend that beginners try to connect with someone with some experience who can act as a mentor; I’m sure this would have helped me during the steep-learning-curve part of my own process.

TH: That’s great advice! I tell people the same thing about making cheese. Take lots of notes on everything you do, so that you can trouble-shoot when it doesn’t turn out the way you hoped. And everything on the homestead is easier when you have a mentor. Anything else you think people should know?

V: A frequent question I get is about the costs involved. Many people believe that they will save money making their own liquor. Honestly, in most cases, this has not been the case for me, but then I am encouraging people to make really good liquor, not cheap stuff. My records make it clear that, at this small scale, not very many kinds of liquor are actually cost-effective to make yourself. This depends somewhat on where you live, and what ingredients are locally available.

I think it’s very important that aspiring distillers take the time to understand the law. Along with that, with this bill in the Senate, I’d like to encourage everyone to contact their state’s U.S. Senators to ask them to sponsor S. 1562. In a presidential election year, it’s easy to assume this bill won’t exactly be a high priority, but the more people speak up, the more attention it will get.

Other than that, the safety issues with distilling (explained in detail in the book) are very important to understand. Unlike beer and wine, at various parts of the distilling process, it’s possible to make a mistake that causes harm to someone; incidentally, this is one of the major reasons the law treats distilling as something different from making beer and wine. Once again, learn all you can, take your time, keep good notes, and keep at it.

3 thoughts on “Distilling your own liquor”