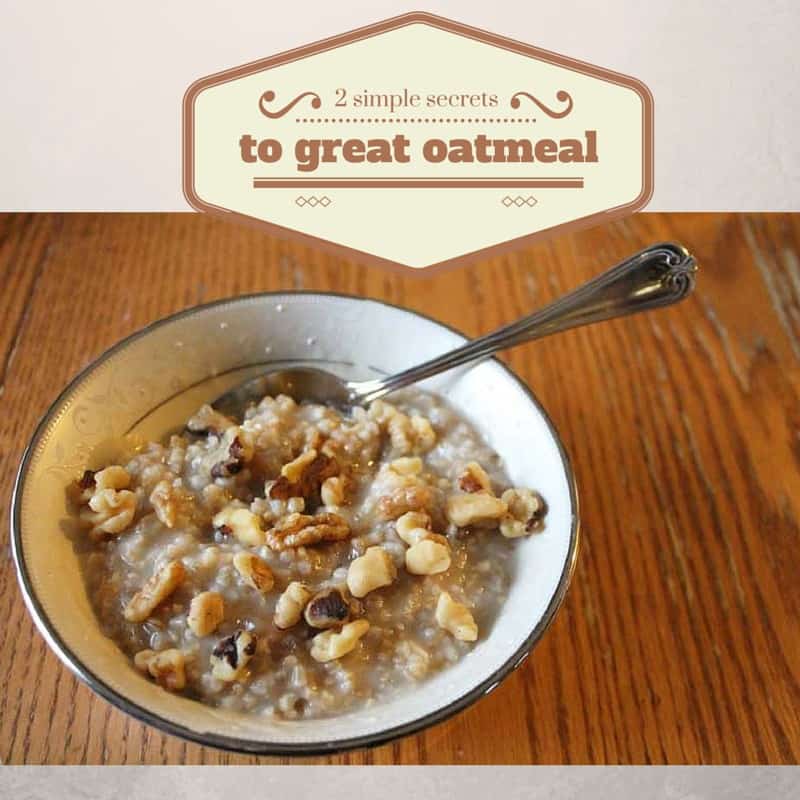 One glance down the cereal aisle at the grocery store, and you know that oatmeal is far from the most popular kid on the block. In fact, oatmeal accounts for a tiny percentage of foods consumed at breakfast. And that’s really sad because oatmeal is versatile, delicious, inexpensive, and good for you.

It costs far less per serving than a bowl of commercial cereal, is completely natural, and has no sugar in it, making it much healthier. Sure, you say, but it tastes like a pile of paste! Well, if that’s what you think, you haven’t had real oatmeal, and you haven’t used your imagination.

What’s real oatmeal? Most of the oats sold in stores are rolled oats, whether old-fashioned or quick. There is a third category called steel cut oats, which have been cut into smaller pieces rather than rolled flat. Perhaps the rolled oats became more popular because they cooked faster, but the steel cut oats win hands-down when it comes to “mouth feel.” When you eat a bowl of steel cut oats, it feels like you’re actually eating something, rather than just moving it around in your mouth before swallowing it. It feels like you actually need to chew it.

Because steel cut oats take about half an hour to cook, I like to soak them overnight to shorten the cooking time a little. Overnight soaking also saves time in the morning. I just walk over to the stove and turn on the burner. And if you want to wake up to a pot of warm oatmeal, just use your slow cooker with a timer on it. Set the timer so that the slow cooker will turn on a couple of hours before you wake up. I love waking up to a warm breakfast, especially during the cold winter months!

Fine, you say, but the taste is so bland! You say, “bland,” I say, “consider the possibilities!” There are so many things you can add to oatmeal to make it just as tasty as those higher priced cereals. Just think about some of your favorite flavors. If you like fruity, add a tablespoon of jam. If you just like sweet, add some brown sugar and maple syrup or honey. You’d be amazed at how sweet it tastes after adding only a teaspoon of maple syrup or honey. I like to add a tablespoon of peanut butter for protein and about eight or nine chocolate chips to complement the flavor. Peanut butter and honey is also a nice combination. The photo above shows a recent bowl of oatmeal with walnuts and maple syrup. Use your imagination to come up with your own personal favorite flavor that can’t be found anywhere else!

Thrifty Homesteader is a participant in the Amazon Services LLC Associates Program, an affiliate advertising program designed to provide a means for sites to earn advertising fees by advertising and linking to amazon.com. You pay the same price when you purchase through affiliate links as you would if you went directly to Amazon, and our site earns a small commission, so by shopping through our links, you are helping to support our blog so that we can continue to provide you with free content.
143 shares
143 shares