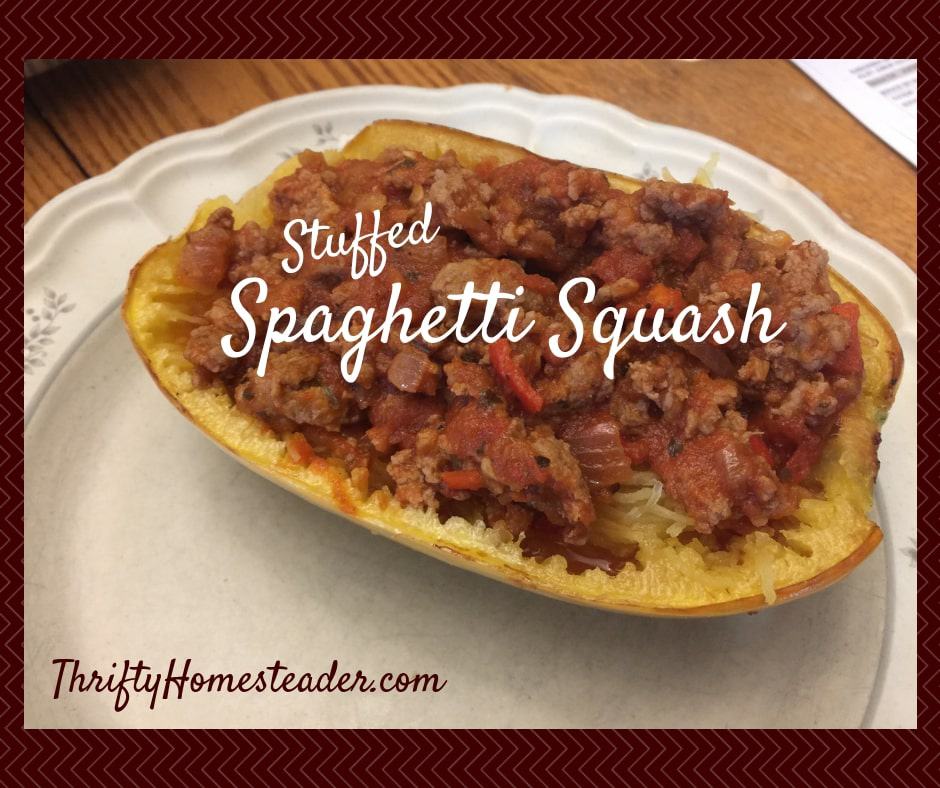 My love of spaghetti squash is one reason I garden. Until recently you never saw it in grocery stores. Thankfully it is gaining in popularity, and I can buy it at the store if we run out of homegrown. It looks like a typical winter squash at first glance, but when you cook it, you discover that it is quite different from butternut, acorn, and all the rest. Instead of having creamy flesh, it’s stringy! But that’s a good thing because it’s also tender and delicious. And it is not as sweet as other winter squash varieties.

I’ve been eating spaghetti squash ever since I was a child, but until the last few years, it was simply buttered with salt and pepper — lots of black pepper! And I loved it. The idea of pretending it was pasta seemed just plain weird to me. However, I eventually decided to try it with a “spaghetti” sauce — and I loved it! This is one of my favorite “fast food” recipes!

For those days when you really do not have time to cook, this recipe is a lifesaver. And I almost feel guilty calling it a recipe, but according to the definition of “assembling food,” I suppose this qualifies.

I just cut the squash in half and bake it, then brown some ground pork in a skillet and add a jar of pasta sauce, either homemade or store-bought. And voila! You’re done!

You can place the squash cut side down on the baking pan with a little water. You can cover it with a lid — or not. Or you can put the squash in the pan with the cut side up, if you want it slightly roasted with a few browned bits of “spaghetti.” You can do it however you want. It’s very forgiving, so don’t make this hard. 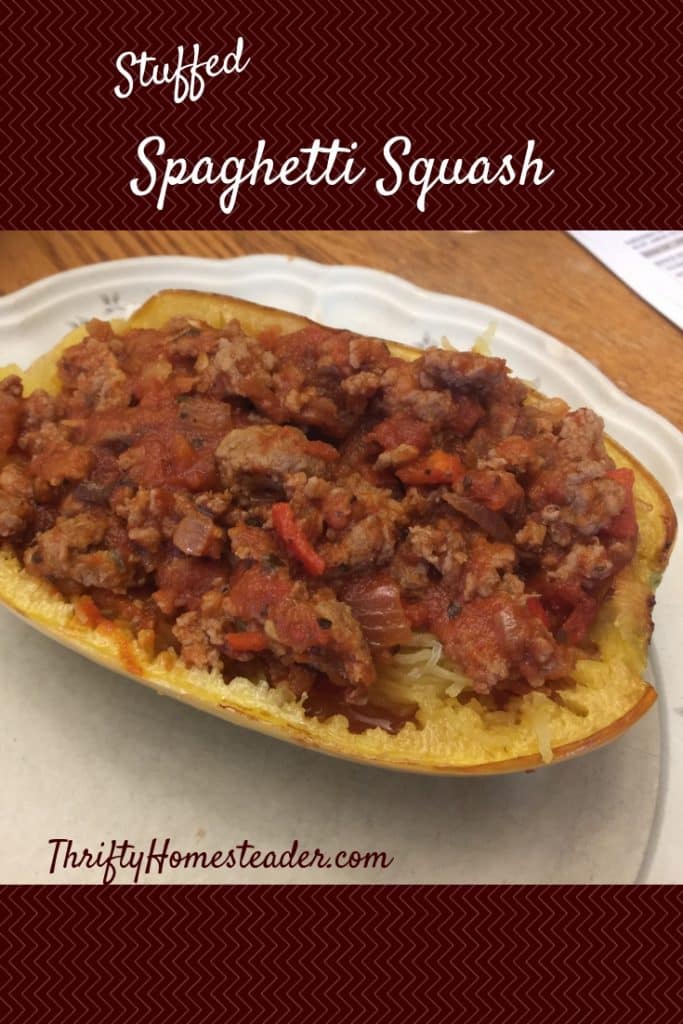 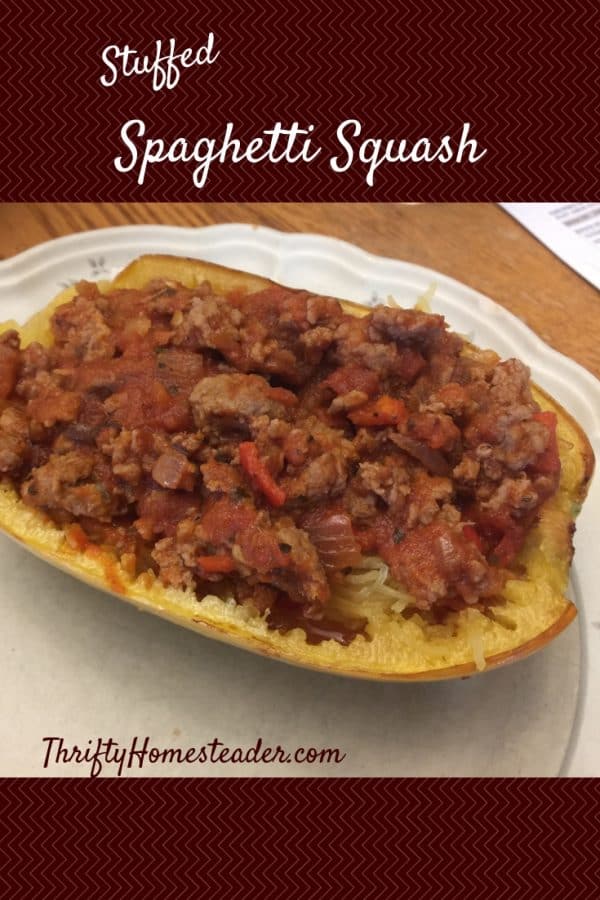 If you have two small squash, each person can have their own half, but if the squash is large, place the two halves on a serving platter and let people scoop out their serving.