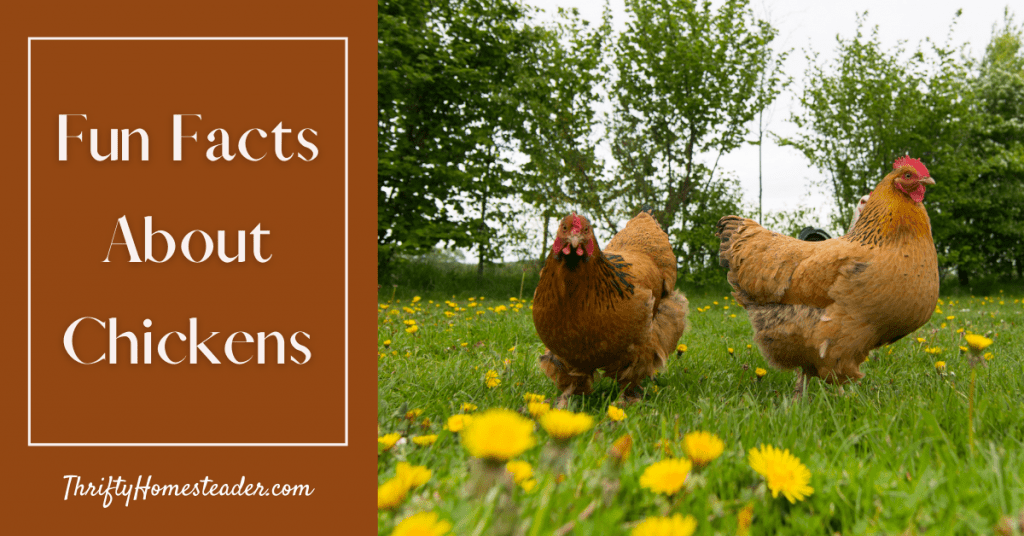 Chickens are fascinating creatures that are beautiful and entertaining, and they give us eggs! But did you know all of these fun facts about chickens?

When most people think about chickens, the image in their mind is usually of a large, heavy looking bird, which are the standard breed varieties of chickens. But there are also miniature or bantam varieties. Bantam isn’t a specific breed, but rather a smaller variety of poultry. These birds can be as small as 1/5 the size of a standard breed.

Some bantams are simply the smaller version of a standard breed – for instance the Rhode Island Red has both a standard and bantam variety. But other breeds, like the Japanese or Sebright, are only found in the bantam variety.

There is nothing genetically wrong with the birds of this variety – they are simply the miniature version of chickens, as also seen in dogs and horses. Their eggs are considerably smaller as well, and it usually takes two to equal a standard egg (¼ cup = standard egg) when cooking. Many people enjoy the smaller eggs as a hard-boiled snack, and others just enjoy raising a smaller breed on their farm.

Chickens have their own unique language

While they don’t have a language as varied as humans, chickens have been found to use different calls and sounds to indicate different matters. From finding a good food source, to a mating call, to even warning the flock of a potential predator, chickens utilize many different sounds to communication with one another. In total, there are over 30 different sounds a chicken can make. 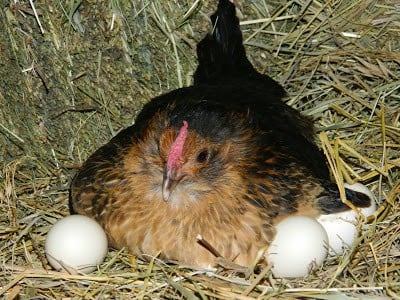 Egg color is related to breed

Some people assume that you can tell what color eggs a hen will lay by its ear lobe or feather color. There are a lot of chicken breeds that lay brown eggs, and yes, sometimes the color of the feathers and earlobes will match. But this isn’t always the case. It all comes down to genetics. Egg color is based upon the genetics in the animal, just like genes in humans determine color of hair and eyes.

Egg colors are usually consistent within one breed, regardless of feather color. For example, there are several colors of Plymouth Rocks (white, buff, barred, and more), but they all lay brown eggs.

But basically, color is color and it has no bearing on nutritional value. Healthy eggs come from healthy chickens — not ones that lay any particular color! 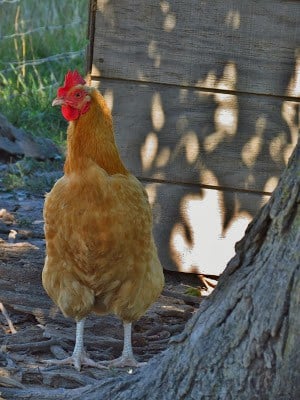 In classic TV westerns, chickens are shown eating grain and corn thrown by a ranch-hand or child. Because this is primarily their food source on farms, it has led some people to assume that chickens are vegetarians. We learned fairly quickly that chickens are actually omnivores who enjoy many insects, and in some case, small frogs, mice, and even snakes! I’ll never forget the day a few months after we moved to our farm when my two young children came running into the house excited to tell me that two of the chickens were fighting over a mouse that they’d caught! We are extremely grateful to our chickens for depleting the tick population on our farm, as well as mosquitoes. Visitors always comment how surprising it is that we don’t have mosquitoes in the summer. But I tell them that if they want to go for a walk in the woods, they’ll find them! 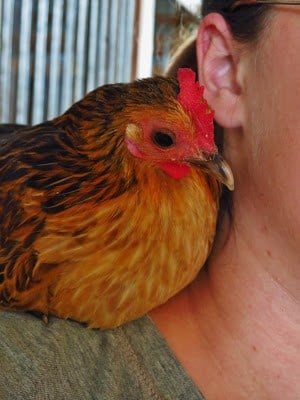 Chickens are very social creatures, having the ability to distinguish between more than 100 faces of their species. They also have a distinct “pecking order” that is maintained and hardly challenged, which usually correlates with their personality. And despite their small size, they have the mental capacity to complete various different mental tasks such as learning from each other and passing down cultural knowledge.

In one study, Bristol University researchers found that hens would often teach their offspring prior learned knowledge. The study involved feeding the hens a mixture of yellow and blue kernels. The yellow kernels were normal and unchanged, while the blue were coated with a chemical that made the chickens feel sick. Hens very quickly learned to stay away from the blue kernels. After hatching their own chicks, the mother hens would steer the chicks away from the blue kernels, always pushing them towards the yellow.

Chickens can see color better than humans can

Chickens are descendants of dinosaurs

Most mammals were noctural when dinosaurs roamed the earth, and being nocturnal means you have more rods (fewer cones) in your eyes so that you can see at night. Their magnificent color vision, however, came at a price …

If you ever need to catch a chicken, just wait until it’s dark. You can easily walk up to one and grab it because they can hardly see at night. 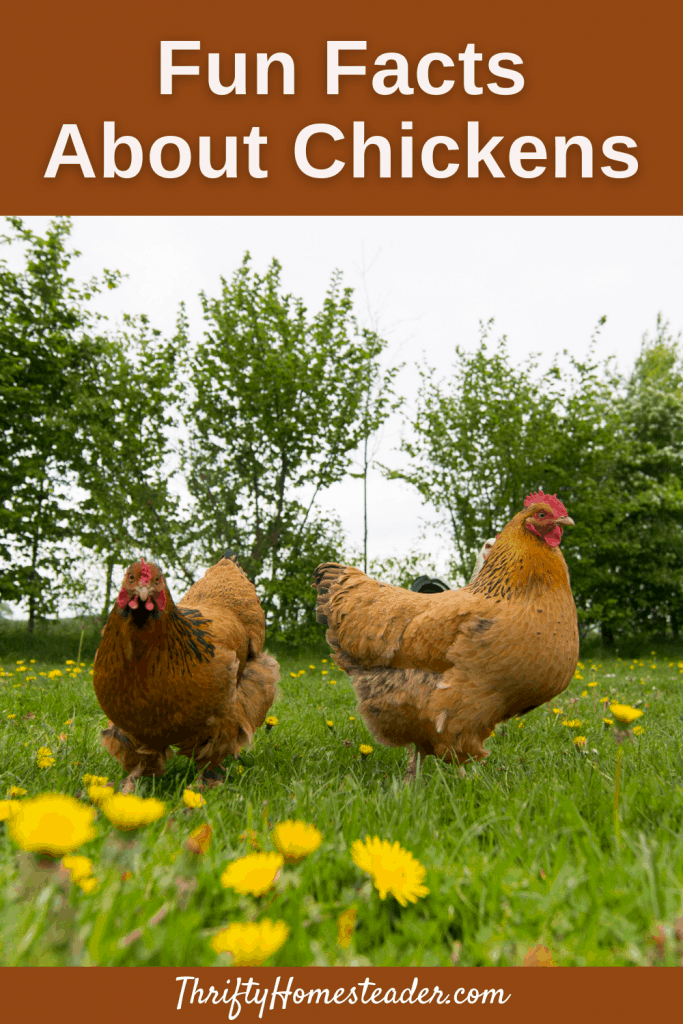 2 thoughts on “8 Fun Facts About Chickens”

Thrifty Homesteader is a participant in the Amazon Services LLC Associates Program, an affiliate advertising program designed to provide a means for sites to earn advertising fees by advertising and linking to amazon.com. You pay the same price when you purchase through affiliate links as you would if you went directly to Amazon, and our site earns a small commission, so by shopping through our links, you are helping to support our blog so that we can continue to provide you with free content.
171 shares
171 shares