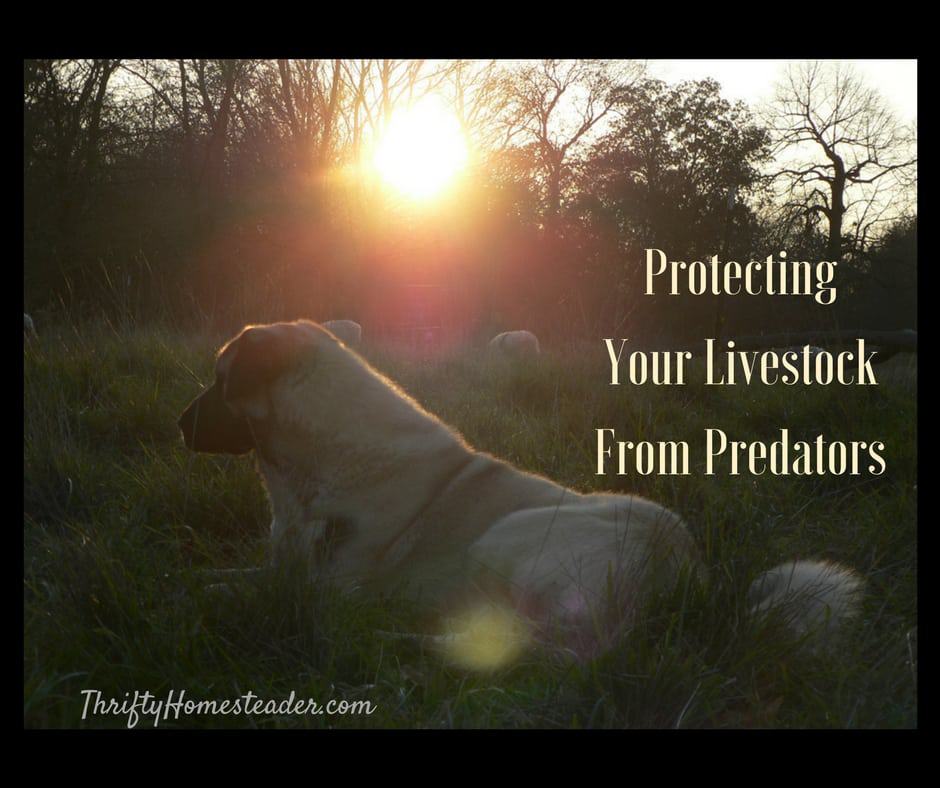 One of the biggest challenges for anyone raising livestock is preventing predator attacks. This is true whether you have 300 head of sheep in Wyoming or 3 hens in Chicago. Predators are not simply big scary animals like lions and tigers and bears. They can also be your neighbor’s dog or cat.

All carnivores have an instinct to kill animals. I’ll never forget how surprised I was when a visitor to our farm lost control of her little shih tzu, who then chased our chickens around the yard until my children were finally able to catch her. There is really nothing surprising about that dog’s behavior. In fact, the first time I saw our livestock guardian kill a raccoon I realized it looked exactly like our bichon playing with his squeaky frog toy when we lived in the suburbs.

The biggest predators on our Illinois farm are dogs and coyotes, but lucky for us, they are incredibly respectful of electric fencing. Once a dog gets shocked by electric fencing, it is virtually impossible to get him to walk through the same space in the future — even if the fence is high enough for him to easily walk under it. The only time we have ever lost animals inside electric fencing is when there was a problem with the fencing.

Sheep with long wool are insulated from being shocked when they go under electric fencing. Before we knew this, we didn’t have the strands of electric close enough together in our sheep pasture. Unfortunately the sheep figured out where the land was lowest under the fence and were always getting out in the same spot. The electric wire would sweep across their back, causing a little wool to be wrapped around the wire each time. We didn’t realize it until we had lost several lambs that the sheep had wrapped so much wool around the electric wire in that area that it was totally insulated. Coyotes could walk under the fence there without being shocked.

The best electric fencing for predator control is the netting available from Premier1Supplies. They have a variety of nettings available for different species, and you really do need to get the netting that is made for whatever you have. We have at least 15 rolls of the ElectroNet, which is for sheep and goats, and we have two rolls of poultry netting that we use with our Henmobile. That keeps raccoons out of the chicken yard. Most of the Premier nettings have been proven to keep out a variety of predators, including bears.

Many predators are nocturnal, which means the attacks happen at night. By simply locking up your animals at night, you can avoid a lot of predator losses. This is especially true for poultry. Every time we’ve lost poultry to raccoons, it was at night when someone forgot to close the door to the chicken house or in our first year when we tried to keep them in our barn, which could not be secured.

The larger the livestock, the less important this is, assuming you have good fencing. We have only three-sided shelters for our pigs, but they are always behind electric netting or hog panels. The only predators that could go over hog panels are raccoons, which are too small to hurt adult pigs, and mama pigs are very protective of their young.

Birds of prey are only a problem for smaller poultry like chickens or the smallest baby mammals (mostly animals less than 5 pounds). Other than piglets, we don’t usually have baby animals that small outside, and piglets tend to stay in their three-sided shelter until they’re bigger and faster.

As far as I know, we haven’t had any losses to birds of prey. For the first 13 years, our chickens lived in a barn or chicken house that had plenty of trees around it. Whenever I’d see a shadow moving across the ground, I’d see the chickens run for cover, either into the chicken house or under trees or bushes.

If you don’t have natural cover for your poultry, you can create small A-frame shelters for them to run under when they see an aerial predator. You can also string up fishing line or wires to stop birds of prey from swooping down. At the Livestock Conservancy Conference last month, Julie Gauthier, DVM, MPH, said that narrow poultry pens will also stop most birds from swooping down and grabbing chickens.

This is usually the first thing people think of when you talk about livestock predators, but it’s not as simple as finding a dog online or at your local shelter. Dogs are the best all-around guardians against all types of livestock predators, including humans, but this is the most complicated option. LGDs should be born and raised on a farm, and they should be a real livestock guardian breed. Sure people have gotten lucky with other breeds at times, but I’ve also heard a lot of stories that had tragic endings when people tried using non-LGD breeds. For more on LGDs, check out my post, 7 Tips for Success With Farm Dogs.

If coyotes are your main predator, you might also get a donkey or llama. As much as they hate coyotes, however, they don’t care about raccoons or minks, and they can’t guard against wolves, bears, or mountain lions. If you get a llama as a guardian, it should be a female or a gelded male. Intact males have been known to kill ewes and does by trying to mate them and thereby crushing them. Although alpacas appear to be similar to llamas, they are too small and timid to be guardians. In fact, many alpaca breeders have llamas to guard them.

This is obviously a last resort. However, when we lost most of our lambs in 2007, this is what we wound up doing. Nothing we tried was working, so we finally pitched a tent in the pasture and had someone spend the night with the sheep. The coyotes obviously knew we were there. We went from losing a lamb every night to zero losses. We never saw the coyotes, but we heard them howling in the woods next to our property, and one night it sounded like they killed a cat. My youngest daughter ultimately wound up staying out there for six weeks until the weather turned too cold. (I think she was really enjoying it.) By the time she started spending the night back in the house, the coyotes had moved on.

One thing you may notice is missing from this is list shooting predators. I’m not against shooting livestock predators, but I don’t include this because it’s reactionary — not preventative. Using a gun basically means living with your livestock 24/7, and I don’t think any of us have time for that. You have to be there to shoot. If you do everything on this list, you will almost never have any predators to shoot. (Nothing works 100% of the time, usually because of human error.) Although we initially had a gun with us when we were sleeping in the pasture, we realized that we didn’t need it because the coyotes were staying away due to our presence. The only times we’ve ever had to shoot a predator were in the situations I described above with raccoons getting chickens due to human error. As the old saying goes, an ounce of prevention is worth a pound of cure. 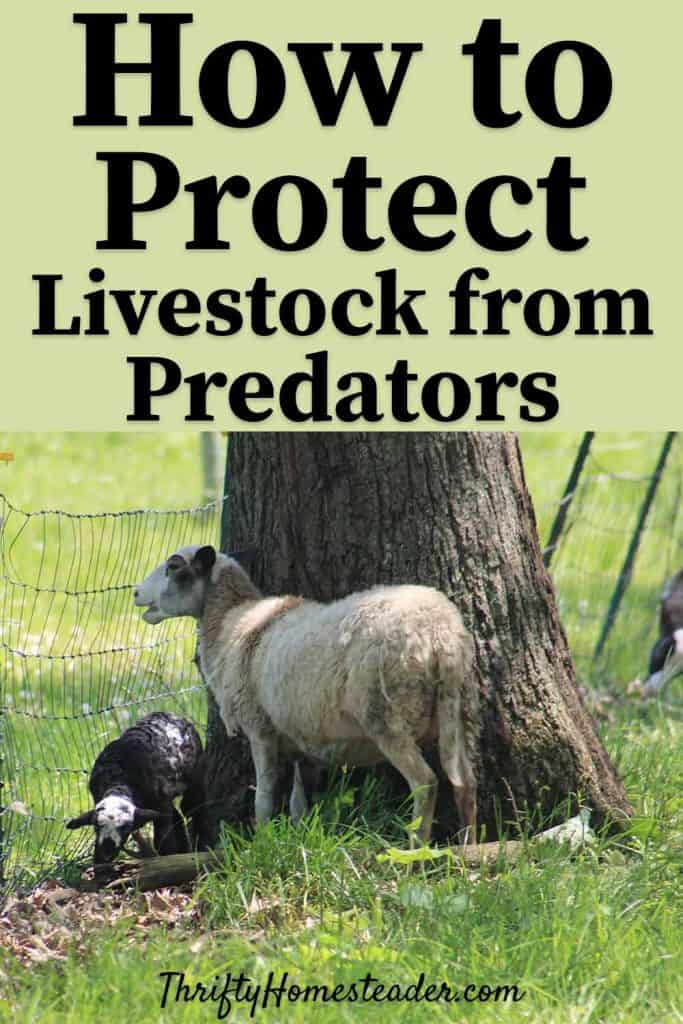