Stepney has been around as a part of London for more than 1000 years. Throughout most of its existence it was in a fairly marshy area and mostly as a small rural hamlet surrounding St. Dunstan’s church, which has been on site since the 900s. (A quick historical fun fact in honor of the recent Independence Day holiday, the same foundry that cast the bells of the church, also cast the Liberty Bell!) 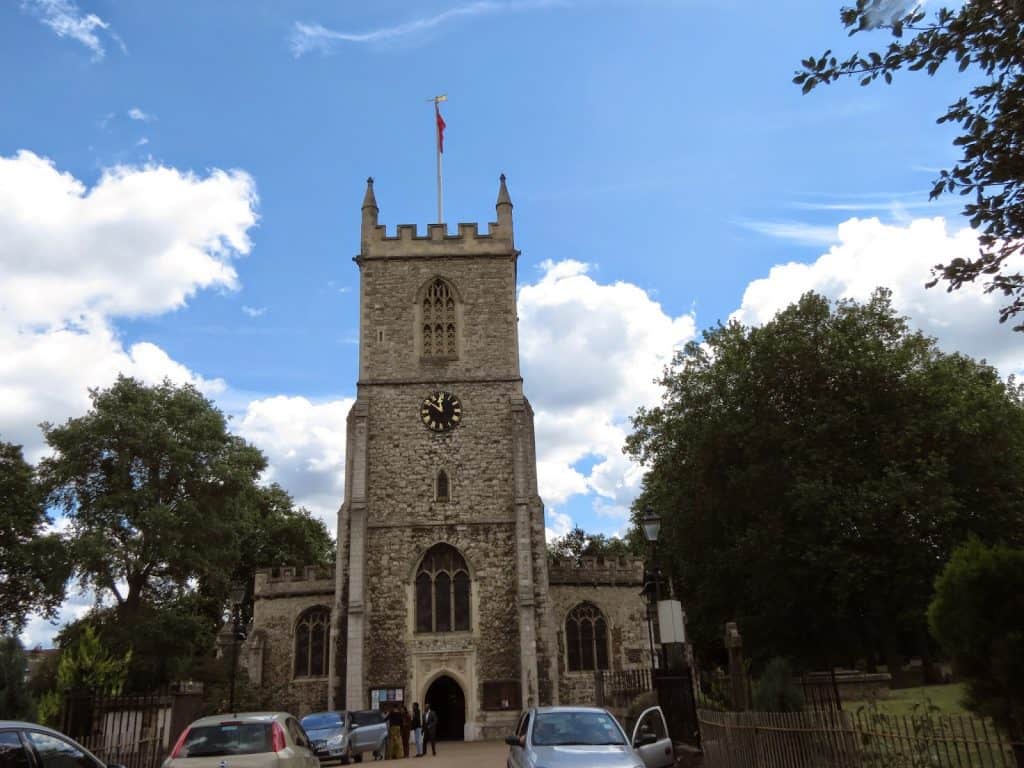 Perhaps appropriate to its long rural history, just across the street from the famous church stands Stepney City Farm and Rural Arts Centre. A community farm has been here since the 1970s, another effort to reclaim bombed out areas from World War II that even 30 years after the conflict had not been repaired. However in 2009 the area had fallen into neglect again until the community rallied, organized, and relaunched in 2012. 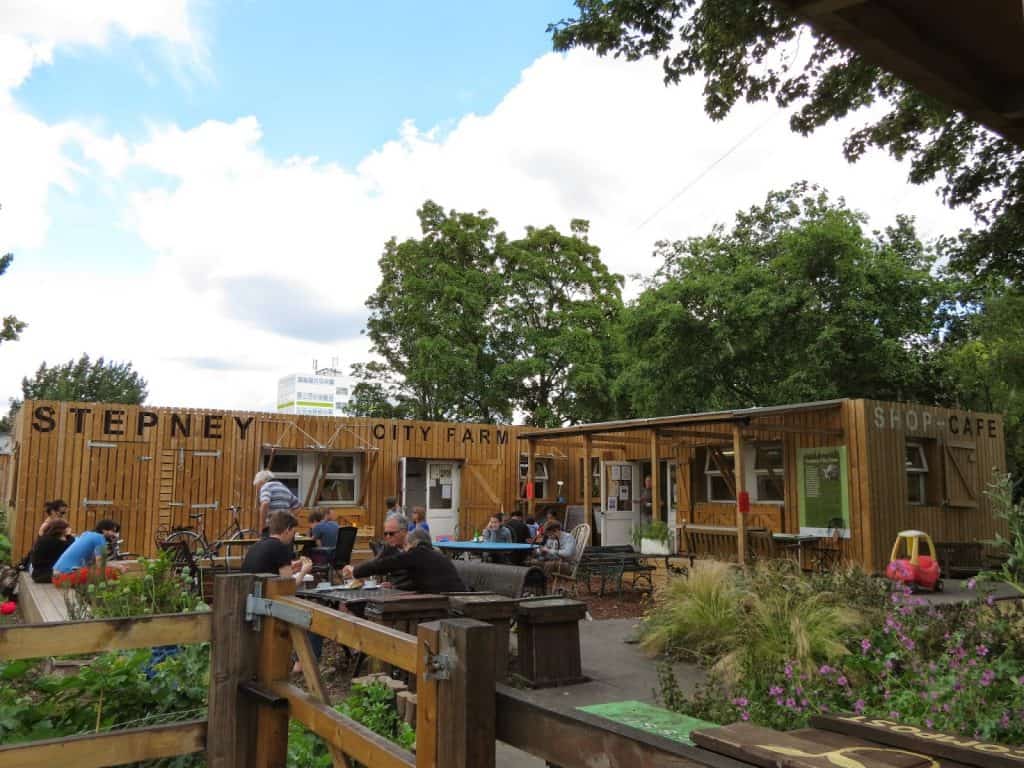 Now the site operates a farm shop and café, maintains several animals, has a barn, houses countless individual plots for produce, a weekend farmer’s market, and is open for free to the public six days a week. It’s a remarkable turnaround that could have had a very different story ending without such community involvement.

While the animal enclosures and access are both really great and allow for visitors to interact safely with the livestock, it took me awhile to understand what was happening with the garden plots. At first glance, they seemed a mess. But on closer inspection, and after asking a few questions, I learned that almost all of them are individually and privately maintained. Some plots were clearly neglected, but as I went wandering through them, I was pleased to see that almost every single one that wasn’t had their owner actually gardening while I visited. 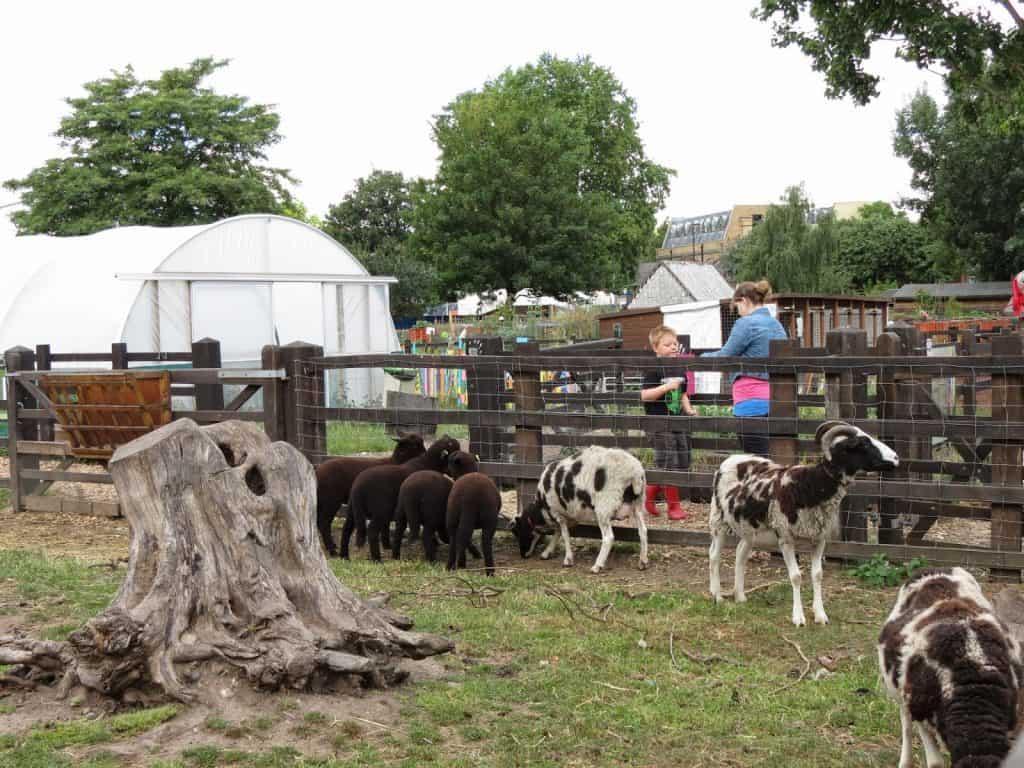 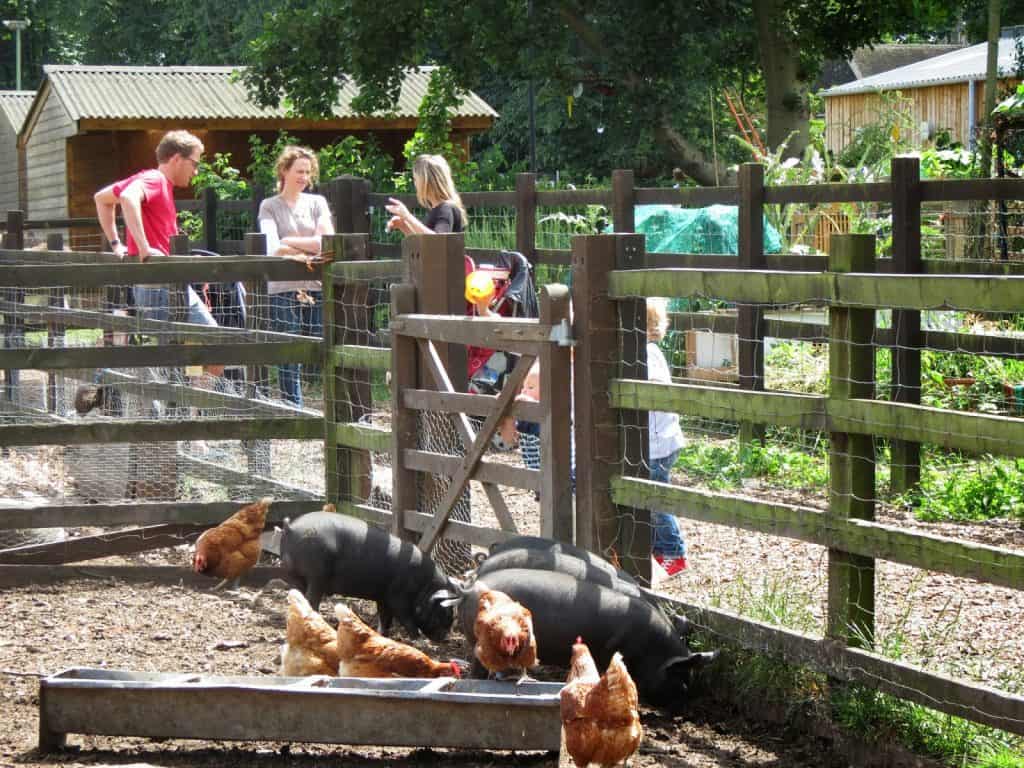 Many local families are clearly spending a lot of time and work turning modest plots into real food powerhouses. Several plots were dedicated to berries, others to leafy greens, and yet others to herbs. I saw a number of children digging merrily in the dirt with their parents and got to interact with a number of people from all walks of life. Though not as well organized as other farms I’ve visited, Stepney City Farm is quite clearly a labor of a great deal of love and energy. 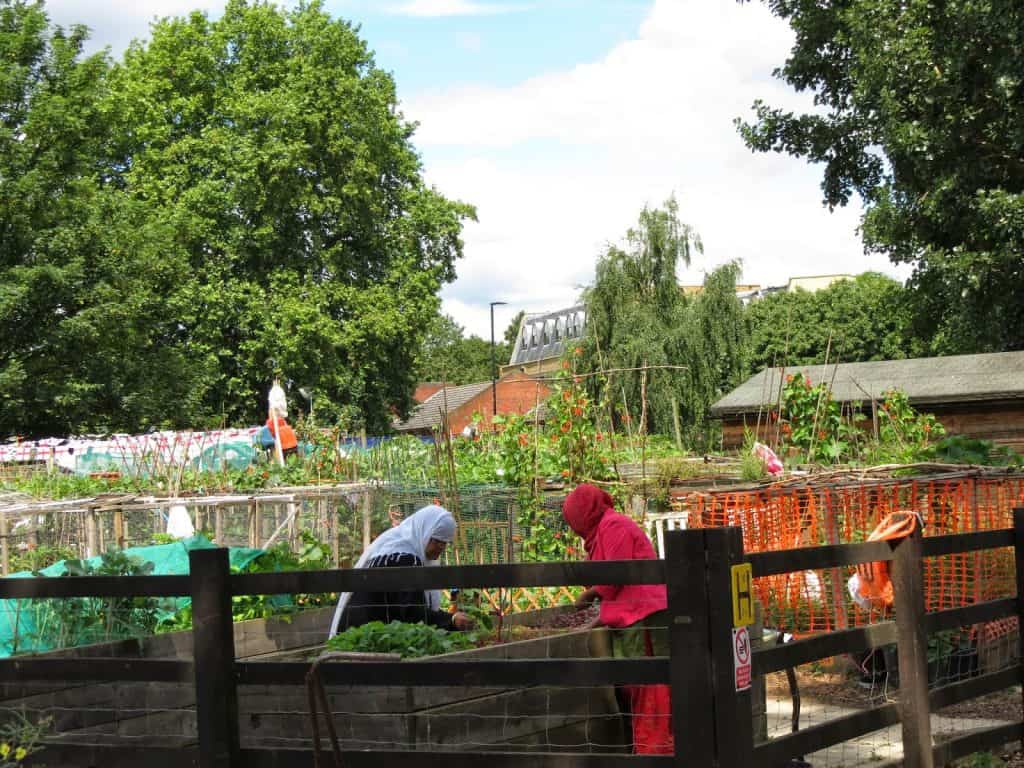 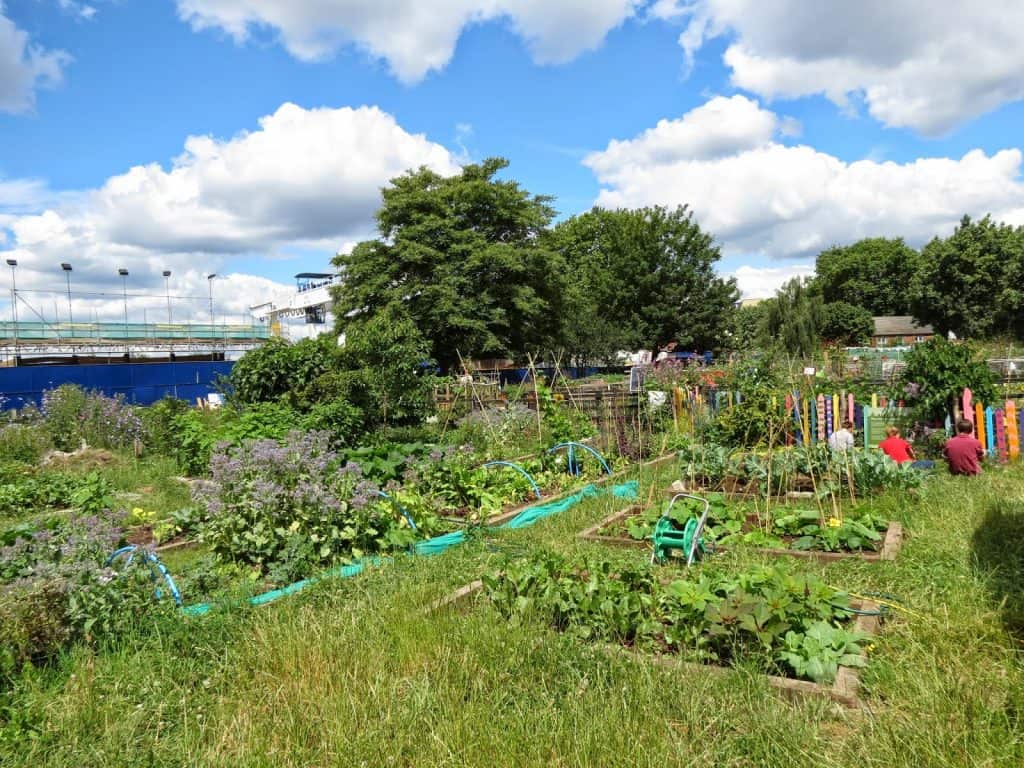 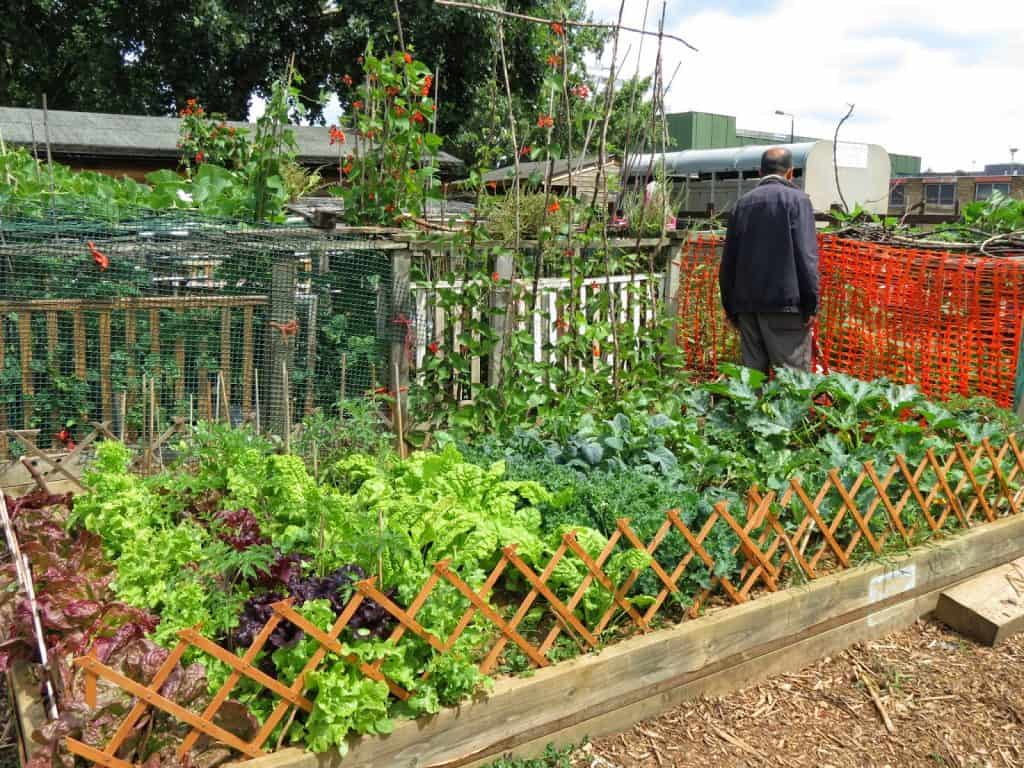 The other reason I wanted to visit this site in particular was their Rural Arts Centre, which seems to be unique for urban farms in London. Only opened in 2013, they have three permanent craft operations going – woodworking, blacksmithing, and pottery. Alas, on the day I visited, the blacksmith’s forge was unexpectedly closed, but I did get a change to peek in on the other locations. There was a private pottery class in progress who did not wish to have their photos taken, but the woodworkers were much more accommodating. 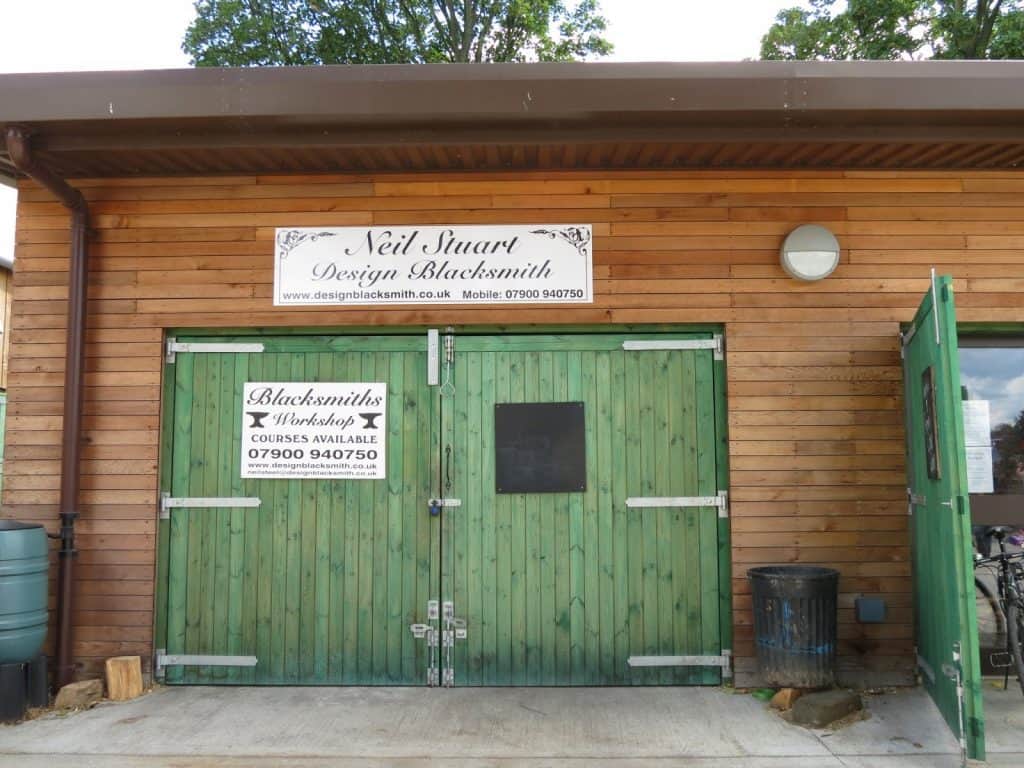 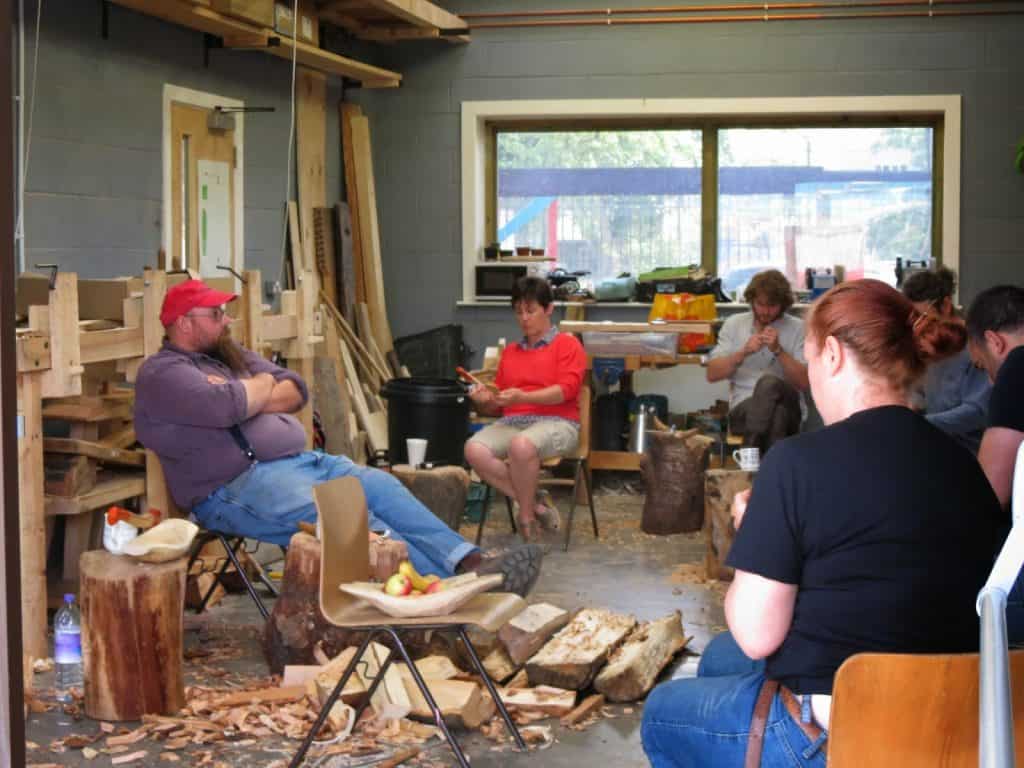 The workshop spaces are specifically designed to be open for public viewing, to allow people to watch work taking place. Classes are also available and each of the lead craftsmen are artists in their own right and often do commission work as well. It’s a marvelous way to accomplish their stated goal of making traditional arts available in the setting where they were practiced for so many centuries. These are trades that have been virtually lost to modern society, so I find it admirable that people are fighting to make spaces for them in places like urban farms. 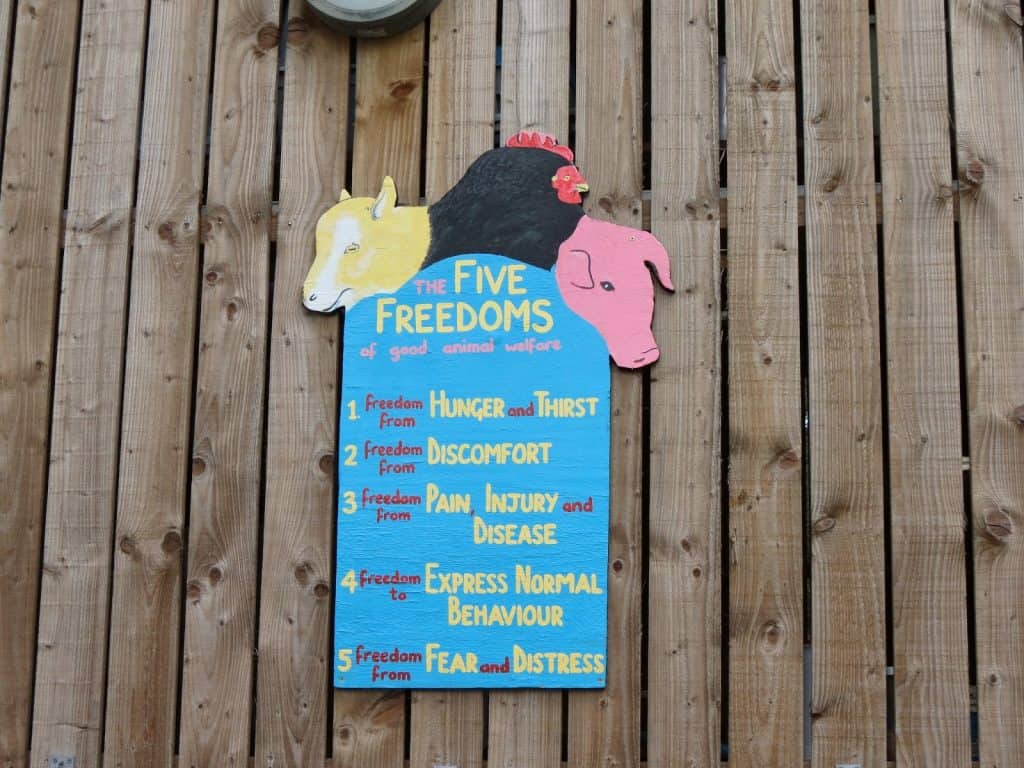 Your turn, are there any “rural arts” operations nearby? Do you practice any on your own properties? If so, how and where did you learn them?