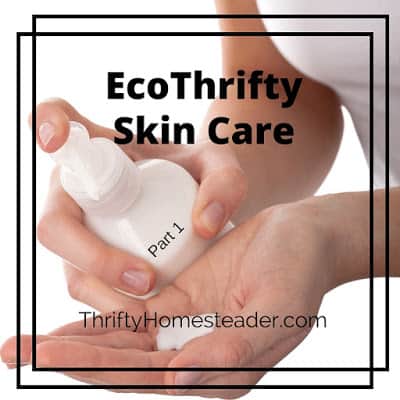 The beauty industry, which has been around for less than a hundred years, is one of the most profitable industries on the planet. Americans alone spend $50 billion a year on skin care and makeup. If you ever thought you might be overpaying for cosmetics and skin care products, you were probably right.

Although many Americans believe that the United States Food and Drug Administration (FDA) verifies the safety of all cosmetics, this is not the case. Unlike drugs, which require approval by the FDA before being marketed, cosmetics require no government approval. The estimate of the number of chemicals used in cosmetics today varies from six thousand to tens of thousands, depending on who is counting. The smaller estimates come from industry groups, whereas the larger numbers come from consumer groups.

The Cosmetic Ingredient Review was created thirty-six years ago to “review and assess the safety of ingredients used in cosmetics.” As of August 2011, however, they had reviewed only 2,300 of the 6,000 cosmetic ingredients voluntarily registered with the FDA. The FDA has banned the use of fourteen chemicals in cosmetics. Even if there are only six thousand chemicals used in cosmetics, it is more than enough to make some of us more than a wee bit concerned about safety.

Looking beyond safety, however, how do consumers know that a product does what it claims to do, such as fade age spots or eliminate wrinkles? Does a $330 per ounce eye cream hydrate and nourish skin better than something like olive oil? No one really knows.

What can you do if you don’t have an unlimited amount of time to research every ingredient in the personal care and beauty products you use? You can use natural products that have been used safely for hundreds of years without negative side effects. While it is true that natural does not always mean safe, the advantage in using age-old treatments is that the knowledge of their safety—or not—has been passed down for generations. Proponents of chemicals might use poison ivy or arsenic as examples of natural products that are not safe. However, because they have been around forever, everyone knows that they are not safe. Natural products with cosmetic uses, such as baking soda, vinegar, and oatmeal, have been around far longer than modern chemicals. If they were toxic, it would be common knowledge. In contrast, modern scientists have been known to take a dangerous natural substance, such as botulinum, alter it for use as a commercial product and then insist it is safe after only a few years of study.

Making your own skin care products or simply using common ingredients found in most kitchens can save you hundreds or even thousands of dollars a year and ensure you have a non-toxic, safe personal care product vetted by hundreds of years of use. Although I can’t guarantee you’ll have visibly improved skin in thirty days, I can guarantee that you will save a lot of money, and you won’t have to worry about getting cancer in twenty years from using these ingredients daily.

This is part one of a four-part series on skin care.

It is an excerpt from Ecothrifty: Cheaper, Greener Choices for a Happier, Healthier Life by Deborah Niemann.