As the Internet has become more popular, reference works, such as encyclopedias, have gone the way of the dinosaurs. So, why is Real Goods Solar Living Sourcebook: Your Complete Guide to Living Beyond the Grid with Renewable Energy Technologies and Sustainable Living in its 14th edition? Couldn't you just use Google instead of reading this book? Couldn't you just use Google … END_OF_DOCUMENT_TOKEN_TO_BE_REPLACED 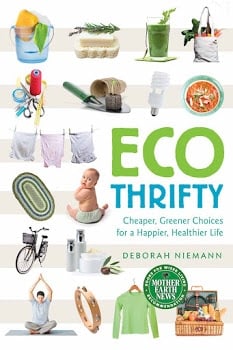 The original diesel engine was made to run on peanut oil. Petroleum-based diesel became the fuel of choice in the early twentieth century because it was abundant. It is possible, however, to use plant-based diesel in a diesel engine with no engine modifications. It is called biodiesel, and it is growing in popularity because it is biodegradable, non-toxic, and non-flammable. It … END_OF_DOCUMENT_TOKEN_TO_BE_REPLACED